FOLLOWING months of sporadic protests, the most significant event in Thailand’s year, business or otherwise, was its 12th military coup on May 22 and the installation of a military-controlled government.

Unlike the two most recent coups, in 1992 and 2006, General Prayuth Chan-ocha doesn’t plan an imminent return to electoral democracy, despite pressure from Western governments. In the meantime, an appointed committee with no popular participation is in the process of writing the country’s 20th constitution.

One of the junta’s first acts post-coup was to cancel planned auctions of spectrum licences that would enable 4G wireless broadband services throughout the country. There are also signs that the junta might do away completely with spectrum auctions, as required by broadcasting law.

Consumer and tourist confidence along with computer sales began to revive mid-year, though external factors dampening exports will likely continue in the new year. Overall, growth in the information and technology sector was flat in 2014.

Not surprisingly, only two major investments in Internet startups took place prior to the coup: A Softbank Ventures equity stake in an online games company, and a venture capital score by bookseller Ookbee.

Central to the junta’s plant to revive the economy, however, is the promotion of digital industries. Even the Information and Communications Technology (ICT) Ministry is to be restructured and renamed the Digital Economy and Society Ministry this year.

Nonetheless, the country remains under martial law and Prayuth has pledged to root out dissent and criticism of the monarchy by tracking Internet activity and blocking websites, particularly if they contain material offensive to the Thai royal family.

In December 2014, the South Korean parent company of LINE, Thailand’s most popular smartphone chat app, swiftly refuted the ICT Ministry’s claim that it could monitor messages sent via LINE each day in the country.

It difficult to know whether the in fact there have been more charges or prosecutions this year relating to lèse majesté – that is, insulting the king or immediate members of the royal family.

The previous elected government led by Yingluck Shinawatra also oversaw long trials and harsh sentencing; website moderators are well aware that they can even be liable under the Computer Crimes Act for anonymous comments defaming the king.

However, it is known that several charges lodged since the coup under the lèse majesté law and Computer Crimes Act stemmed from posts or comments on Facebook pages.

The priciest sale of a Thai site and the priciest acquisition by a Thai internet company were both intra-regional affairs in 2014.

iCar Asia, the Malaysia-based and Australia-listed automotive classifieds site, completed its purchase of Thai counterpart One2Car.com in November in a US$14.4 million cash-and-equity deal.

About 1,800 Bangkok area dealers pay One2Car a monthly subscription to list their vehicles on the site. Founded and chaired by Catcha Group founder Patrick Grove, iCarAsia plans to merge One2Car with ThaiCar, a classifieds site it bought in 2013 at the same time as online magazine Autospinn.com.

The Thailand-listed company is the publisher and distributor of MMORPGs (massively multiplayer online role-playing games) and other Web-based games licensed from South Korean, Chinese, Japanese, and US creators.

Asiasoft dominates the online games sector in Thailand, Philippines, Vietnam and Singapore and has a presence in Malaysia, Cambodia, Indonesia, and Myanmar. The biggest winner of venture capital was logistics specialist aCommerce (pic). Less than two years old, the company provides delivery and related services to e-commerce companies in Thailand, Indonesia and the Philippines, but pulled out of competitive Singapore in 2014.

In June 2014, it secured US$10.7 million in Series A funds from a group that included NTT Docomo, Sumitomo Equity Asia and CyberAgent Ventures.

Among aCommerce’s founders are regional chief executive officer (CEO) Paul Srivorakul and his two brothers, who also started the Ensogo deal or ‘flash sale’ sites in Thailand, Philippines and Indonesia back in 2010.

The Ensogo sites were quickly acquired by LivingSocial but they, along with Malaysian counterparts, returned to regional control last April when LivingSocial sold all its South-East Asian assets for US$18.4 million. The buyer was Singapore’s troubled iBuy Group of deal sites, whose cofounders include iCarAsia chairman Grove.

E-book site Ookbee came in second place for venture capital in 2014, raising US$7 million in Series B funds in April from California venture fund TransCosmos.

Claiming more than 85% of Thailand online market for e-books and magazines, Ookbee also operates sites in Vietnam, Singapore, Malaysia, and the Philippines. It is using the new funds to fuel expansion.

SBVK, a subsidiary of Softbank Korea and Japan’s Softbank, in March took a 23% stake in Ini3 Digital for an undisclosed sum. Like AsiaSoft, 10-year-old Ini3 has longstanding Korean connections as the local licensee of some PC-based games but is also part-owner of a Vietnamese mobile game publisher, has developed its own mobile games, and is on the look-out for regional partners.

A Thai venture capital investor, InVent, also got into the games business this year, investing US$500,000 in December 2014 in mobile games developer Infinity Levels Studio.

Infinity Levels will use the money to improve its animal racing game, Ranch Run, and bring it to international release in 2015. Two more mobile games are slated for release in 2015. 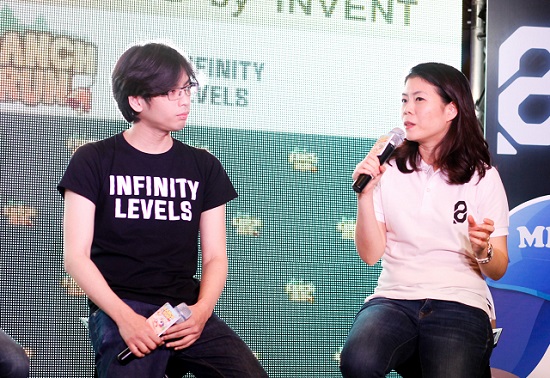 InTouch Corp operates Thailand’s largest mobile carrier, AIS, as well as the ThaiCom satellite. Shin was founded by Thaksin Shinawatra, the prime minister ousted by the military coup in 2006 and older brother of the country’s most recently elected prime minister, Yingluck Shinawatra.

Despite the popularity of LINE in Thailand and smartphone shipments doubling to 4.2 million in the third quarter, mobile commerce hasn’t yet taken off in Thailand.

Nonetheless shopping sites on the Web and Facebook are gearing up for it as IDC projects that half the country’s mobile users will acquire a smartphone this year.

Softbaked Co, which makes tools for Facebook and LINE merchants, raised a total of US$529,000 in seed funds this year from two Bangkok-based funds:  The early-stage venture branch of Galaxy Group, an operator of arcade games; and the US$25-million Inspire Ventures fund.

Started in 2013, Inspire Ventures also contributed to aCommerce’s June round. Its founding partners are two veterans of Vietnam business, Tony Williams and Tom Kim, who are also seeking investments in Vietnam.

Originally a paid subscription, Page365 is now free; the plan is to earn revenue by taking a commission from its logistics and payment partners.

The three-year-old company says it has more than 9,000 merchant customers that have served 4.4 million shoppers.

Wongnai, a Yelp-like Thai-language site and app for restaurant reviews in major Thai cities, won a second round of funding in May, though CEO Yod Chinsupakul wouldn’t say how much.

Just a year before, Wongnai (‘insider’ in the Thai language) raised US$500,000 in Series A funds from Silicon Valley’s Recruit Strategic Partners.

Yod eventually plans to have online reviews for “every other type of local business.”

HotelQuickly, a last-minute booking app, won US$4.5 million in July in a round led by Japanese mobile game-maker GREE.

Although all founders are Westerners and the company is officially headquartered in Hong Kong and the Cayman Islands, most of HotelQuickly’s top executives and IT staff are based in Bangkok.

A contributor to that July round was Bill Heinecke, the American-Thai founder and CEO of Minor International, owner of the Anantara hotels in South-East Asia and Maldives.

Then there’s a messaging app for enterprises, Eko App, launched in September 2013. The company is primarily based in New York, but it has a Bangkok office and its CE0 and cofounder is 20-year-old Korawad Chearavanont, a US college student and a member of the Sino-Thai family that runs the multinational CP conglomerate.

Despite considerable competition in the mobile business-messaging space, EKO in April secured US$1 million in seed funding led by Silicon Valley’s prodigious 500 Startups.

Susan Cunningham is a veteran US journalist based in Thailand. Her work has appeared in Forbes Asia, Economist Intelligence Unit, Wall Street Journal Asia and Los Angeles Review of Books.