Make the most of your money

WHILE consumers complain about telco plans being hard to understand, the same can be said for banking products too. Trying to understand and then having to compare credit card plans or mortgages, the single biggest financial decision most of us are likely to make, can be a brain-twisting experience.

This is where MoneyStreet comes into the picture. Its goal is simple: To help everyone make the most of their money.

“We do this by providing a free, independent and comprehensive service helping them compare a wide range of financial products to find the one most suited to their needs,” says Fiona Tan, co-founder and marketing director of Moneystreet Sdn Bhd.

Incorporated on Sept 9, 2009, the company’s site was launched in July 2011 after a lot of hard work and knocking on the doors of the banks, which initially turned them away. “They were not ready for a Pepsi-Coke challenge,” says Tan, referring to the fact that there are differences in every product and one just needs to be savvy enough to be able to tell the difference.

Problem was, the banks were not too keen for someone to come along and start making comparisons between their offerings and those of other banks, unless of course that someone was their own sales staff –MoneyStreet was rejected by 14 banks in the months leading to its July 2011 launch. 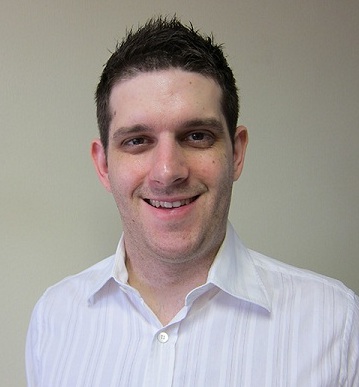 Naturally, as entrepreneurs, this did not deter the quartet behind MoneyStreet. Besides Tan, there is chief executive officer Victor Koo, chief technology officer Scott George Airth (pic) who relocated from London to Kuala Lumpur, and Sharon Koo, the creative director who is also Victor's sister.

All four own an equal 25% equity and pumped in RM50,000 (about US$16,000) of their own savings into MoneyStreet. They are currently looking for further funding to help ramp their growth. Tan says they are talking to some venture capital firms.

The domain expertise comes from Victor Koo who had been living in the UK since age five and only returned to Malaysia five years ago. He worked in private equity and on his return to Malaysia, with a large local investment bank. The motivation to set up MoneyStreet came from the realization that there was simply no place consumers could get access to easy information that untangles the financial jargon banks use in creating their products.

And, coming from the UK where fund supermarkets play a successful role in helping the public with financial decisions, Koo and Tan, who is also from the banking sector, saw an opportunity.

They got a big boost when Bank Negara Malaysia, the country’s central bank and regulator, liked what they were trying to do and allowed them to use its BankingInfo logo on their site. BankingInfo is Bank Negara's attempt to help educate consumers on their rights and increase their financial knowledge.

They also got a big boost at the end of last year when iProperty.com became their exclusive partner. “Our widget sits on their site and we help their visitors to understand the terms and conditions of the various financial packages banks may be offering and to compare between them,” says Tan.

This has given them a big boost in terms of traffic to the site, that all important metric that their advertising business model depends on. Prior to the partnership which is based on revenue share model that Tan describes as “very fair”, the site was getting 10,000 unique visitors a month. “After the partnership with iProperty, our unique visitors jumped to around 25,000 a month.”


The top tools used and inquiries made are for help to calculate and compare personal loans. Housing comes next, followed by credit cards and fixed deposit information. Surprisingly, hire purchase queries were not among the top four.

Tan is expecting a further boost to traffic by the end of the year when MoneyStreet ties up with Carlist.my to power the hire-purchase comparison tool on the car portal. Carlist is owned by iProperty. An advertising campaign using taxis will also be kicked off at the end of the year to increase MoneyStreet’s visibility.

Comparing financial products that change regularly is a complex job, notes Tan, with banks changing their plans and introducing new ones all the time. Hence the robustness of MoneyStreet’s engine was critical and why the decision was taken to build it from scratch instead of cobbling together existing off-the-shelf software.

“Just building the engine and testing it took us 18 months but we had to get this right as we wanted to offer consumers easy tools they can use to make the comparisons that suit their needs,” she says.

“Our site is very comprehensive but I tell you it is very tedious work to keep updating all the offers that keep changing out there. We update the information we have every fortnight and have templates to help standardize the collating of information with an accountant checking through the data too, and with another level of cross-checking after that.

“As we are making comparisons between various banking products, we have to be very careful to ensure we are giving consumers the right information,” she says.

Indeed, the site offers comprehensive, independent, interactive, accurate and quick-to-use comparison tools to help Malaysians find the best deals in the market place that suit their individual needs. There is also a learning center, Tan says, “that educates Malaysians about financial products as well as what to look for when comparing.”

The next stage is to add more in-depth criteria to the existing comparison tools and even compare frequent flyer miles. In general Tan notes that the data available out there is very general and thus it is very hard for the average consumer to make a comparison as there are too many variables in the various offerings too.

“Hence there will be an ever-increasing need for the type of service we provide,” she believes.