A. ASOHAN’s Angels with pitchforks, VCs who don't venture article last week had me thinking ….

The start-up world doesn’t fit traditional investments well. Typically, there’s little to no revenue, the idea hasn’t hit the masses yet, and the investor needs deep domain knowledge to put a gut check on the founding team.

It’s the exact opposite of filling out a bank application for a typical business loan (or even a home loan). Assets? What are those? Banks typically don’t lend to start-ups.

The Internet start-up ecosystem is still maturing here, so you don’t have a large pool of previous start-up founders-turned-angels. It’s coming though. An angel investor is a lot like a Hollywood producer; you need to have gone through the motions a few times to know how to look for that next blockbuster.

The venture capitalist (VC) and angel model works best at scale. Not all start-ups need to be VC-backed in order to be successful (e.g., Fog Creek Software), but if you want to create a thriving start-up ecosystem, some companies are going to have to break out big. The founders of those companies become the inspiration for the next generation; and they help advise, make connections, and invest.

There also needs to be an ‘exit plan’ because that’s how the VC model works. If a company earns RM30 million a year, a VC earns zero. It’s not until an exit, typically an acquisition or IPO (Initial Public Offering), that a VC sees a return on his investment.

It’s impossible to paint a straight line of how that’ll look from start to finish, but a good investor would already be connecting the dots in the back of his head.

Now one could say, “Maybe the VC model isn’t the best model for encouraging entrepreneurship, maybe there is another way,” but I believe the VC model is one of many factors that makes places like Silicon Valley, Israel and even Hollywood, thriving centers of innovation and creativity that draw talent from all over the world. It fuels the serial entrepreneur, the type of person who, after making it big, goes back and starts again.

In a previous article on TaxiMonger, Dr Walter Gabriel of Quantum Electro Opto Systems commented “It's a shame that you gave up 10% of your company for cheap advice. Protect your equity at all cost.”

On the contrary, I think the accelerator model, such as Y-Combinator, i/o Ventures, and TechStars, are amazing venues for a new start-up. You’re giving up 10% for advice and a ‘buy-in’ to their network -- though that’s only if they accept you. JFDI.Asia’s latest batch received hundreds of applications from around the region, but they’re only going to pick 10-20 companies. If you’re accepted, this is what you can expect – nearly two-thirds of companies that went through their last boot camp raised an average of RM 1.6 million per company!

Asohan described the current explosion of regional start-ups flawed due to “reinforcement via internal loop.”  But that’s the same internal loop that fueled the gold rush that put California on the map 164 years ago. While only a small handful made big fortunes, it set the stage for an ecosystem that hasn’t stopped ticking yet.

Bubbles will come and pop, but thrill-seeking, risk-hungry entrepreneurs keep forging ahead.

So I say, continue the loop; the core will get stronger. Most successful entrepreneurs take two to three starts to get it right. So as long as this trend continues, the next few years will turn out some exciting companies.

Vinnie Lauria is a founding partner of Golden Gate Ventures, a Silicon Valley-based VC firm focused on South-East Asia.  As a Kauffman fellow, he’s well plugged into the world of venture capital. As an entrepreneur, he has raised funds for two Silicon Valley companies; his last company, Lefora Forum Hosting, was acquired by CrowdGather in 2010. 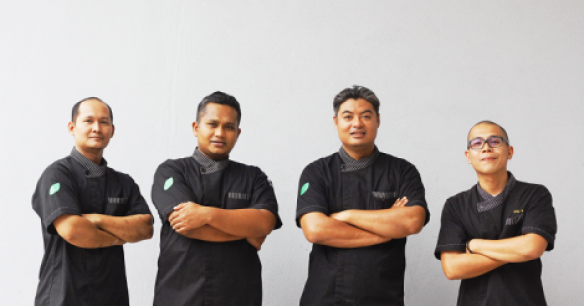