THAM Keng Yew pic) is in the matchmaking business, and his company holds claim to over 25,000 matches.

“Of businesses, not people!” he says with a laugh during an interview with Digital News Asia (DNA).

Along with co-founder Eileen Feng, they are the original minds behind SocialWalk, an integrated business-to-business (B2B) network and services platform which seeks to facilitate trade between buyers and suppliers.

The SocialWalk of today is a slightly different iteration of a company which began life in the events and exhibitions space just over three years ago.

“You can call it a pivot but it was more of a gradual shift as we realized the power of what we had gained during our time helping organize and power trade shows with our solutions,” said Tham, adding that the company previously conducted business matchmaking only on a per-event basis.

“We were doing event after event and for each one, we were always helping match buyers with sellers and yet we would go to the organizer at the end of the day and ask for payment for everything else but that,” he says.

“It reached a point where it didn’t make sense to do what we were doing for free, so we decided to formally charge for the service,” he adds.

To date, the team has facilitated 298 trade shows around the region and for every event; there was an average attendance figure of 20,000 people, with larger trade exhibitions pulling in a crowd of at least 100,000. All these attendees have either seen or used the company’s services and solutions to facilitate trade.

“Now if I combined all of these events to form a single network, imagine how powerful that would be,” asks Tham.

So that’s exactly what SocialWalk did, transforming itself into an online marketplace platform for businesses, coupled with an on-ground trade show footprint to carve out a share of what is a US$22bil global industry. The platform, which deals only with finished products, currently has about 50,000 businesses actively using it on a daily basis, and claims to have facilitated 5,000 trade leads and US$432 million worth of trade to date.

“This platform is actually very new but it doesn’t seem that small because we started with a very strong base, [thanks to] the work we put in from the first year,” says Tham.

He shares that for Malaysia, furniture is the most active vertical and is also key export for the country, with easy access to raw materials in the region. Other highly active categories include medical devices and heavy machinery for manufacturing.

Key to the entire enterprise, according to Tham, is the network and database that the team has meticulously built up in the last three years.

Business intelligence, analytics and data are critical to the company’s business but Tham insists that for all the latest technology and tools deployed, it remains “powered by people.”

“ICT is a tool and all the tools we develop and deploy are for in-house use to better enhance services and empower our team,” he says.

According to Tham, knowing what level of decision making a buyer has is only something you get from talking to him face to face and not from the details filled out in a form that is then used in data mining or analytics.

The platform uses an internal ranking system for suppliers, based on a list of criteria which is managed and curated by the SocialWalk team who have relevant industry knowledge.

“And there are questions a system cannot easily find out via available data such as industry reputation. So we keep an internal score and curate the data.

“The fact that you see things looking pretty on SocialWalk is not an accident, it’s a lot of painstaking hours spent by our operations team to weed out the rubbish, talk to people on the ground at every event to verify information so what we’re left with is high quality data,” says Tham.

SocialWalk operates on an annual subscription model, with fees ranging from US$2,000 to US$8,000. With a basic subscription, SocialWalk will help set up appointments for the next trade event but customers will have to manage their own schedules.

For Priority Supplier status, which is what US$8,000 gets you, subscribers will enjoy a personalized helper service to help schedule meetings and make sense of the chaos that is typical of a large trade exhibition.

“A lot of the deal-making occurs during an exhibition and having someone holding your hand really helps because they’re such massive events with hundreds of companies present,” he says.

The Internet is a lie

Tham divides his potential customers into two segments, those who have prior experience with online B2B platforms and the non-believers.

For the first segment, Tham emphasizes that he and other players in this space owe a huge debt to Alibaba, a provider of online marketplaces facilitating international and domestic China trade for small businesses which was launched in 1999.

“We have to thank Alibaba for educating the market, I cannot stress this enough. I cannot imagine having to be the first in the market and having to explain the entire concept from step one to everyone,” he says.

He shares that this segment of customers leverage the platform’s services quite well, to search the directory for relevant companies and make appointments at upcoming exhibitions.

The second segment of potential users is a trickier audience to tackle, those who think the Internet doesn’t exist

“Well, it’s more like they don’t believe that the Internet can bring them genuine business. These are entrepreneurs who built their business with actual blood, sweat and tears and they don’t feel excited about and are suspicious of something that ‘comes easy’,” he says.

“It really boils down to saying ‘look, you give me money and I’ll get you the meeting with the distributor’. The technology behind it that powers it all is irrelevant to the conversation and we find that our trade show footprint really helps,” he added.

To aid in raising market awareness and education, SocialWalk conducts seminars in partnership with national trade promotion agency Matrade (Malaysia External Trade Development Corporation) and associations such as the Small and Medium Industries Association of Penang.

Tham reports that he is witnessing an interesting trend, especially from the supplier side of the market.

“There are second generation factory owners who are convincing their parents that online marketplace platforms are the way to go. You can see that happening already in Malaysia, so that’s good timing for us,” he said. SocialWalk spent the first year focused on Malaysia, the second year expanding its network to Singapore and now in its third, is already looking beyond the region.

It continues to actively sources for deals in Malaysia and Singapore, and there are plans to expand to Thailand and Indonesia to access the huge manufacturing base in both these markets.

The team has already made headway into the Middle East and Tham is excited about access to a region identified as having high buying power.

"We are a buyer-centric platform and they make up 75% of our user base. We find that if we have the buyers, the suppliers will naturally follow, once they find out about us, that is," he says.

It's going to be a long road ahead for a company that is only three years old, but Tham is secure in the strength and dedication of his 20-strong team of industry experts, project managers and web developers, confident that all goals will be hit.

He believes the dynamics have changed for trade in the post-economic downturn environment, with the simple premise of showcasing products and waiting for buyers to come no longer as effective.

"Money doesn’t disappear, it just gets smarter. So people need to be able to do something, they want to be empowered and not sit back and just watch sales drop. So that's where we see SocialWalk playing a role," he says.

But then again, Tham confesses that he had “good training” to prepare for life as an entrepreneur via the job prior to SocialWalk, so for him the journey ahead does not look too daunting.

He was pursuing his PhD in the San Francisco and had an aunt there who also happened to be a venture capitalist. She convinced him to quit his studies and join one of the start-ups under her portfolio, which was operating in the same space as Tham’s field of study.

“Just imagine, you work for 12 hours in a start-up then you go home, eat dinner and my aunt will grill me until midnight about how the business is progressing. So that translates to about 18 hours a day for five years!” he adds. 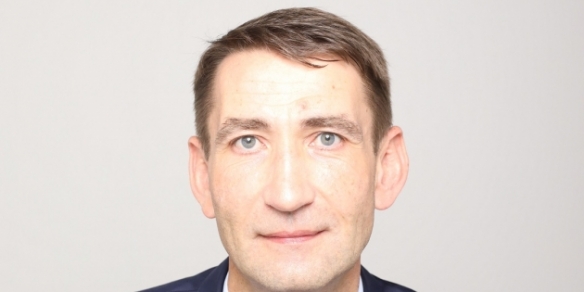