THERE was a dramatic increase in overall malware activity year-over-year in 2013, according to Check Point Software Technologies Ltd.

Its research found malicious software within 84% of the organisations it analysed for its 2014 Security Report, the company's second annual report uncovering the major threat trends that impacted organisations across the world.

Malware was downloaded at an average rate of one every 10 minutes. In fact, 14% of organisations experienced a user downloading malware every two hours or less in 2012. In 2013, that number increased by over three-fold to 58% of organisations, Check Point said in a statement.

In a world of ever-changing cyber threats, organisations must understand the nature of the latest exploits, and how their networks are potentially impacted. Enterprises need to arm themselves with both cyber-threat awareness and the appropriate security architecture to address these evolving challenges, the company said.

“We found that organisations are often surprised by the severity of bot infections and the various threats that lurk on their networks. It is clear that customers need an architectural approach to deal with these issues,” he added.

The 2014 Security Report reveals the prevalence and growth of threats on enterprise networks, through information obtained over the course of 2013. This report is based on collaborative research and in-depth analysis of over 200,000 hours of monitored network traffic, from more than 9,000 threat prevention gateways, across organisations in 122 countries, Check Point said.

Smarter, sophisticated, and more resilient malware emerged in 2013. Check Point's Threat Emulation sensors revealed that 33% of organisations downloaded at least one infected file with unknown malware for the period between June and December 2013.

Bot infections continued in prevalence, with a host infected by a bot every 24 hours. In 2013, at least one bot was detected in 73% of Check Point’s surveyed organisations, an increase from 63% in 2012.

Organisations also struggled with containing bots. Check Point found that 77% of bots were active for more than four weeks. Bots also communicated with their Command and Control (C&C) every three minutes.

Taking the ‘confident’ out of confidential

Data loss was top-of-mind in 2013, with recent breaches and mass theft targeting consumer data at well-known brands like Target, Neiman Marcus and Michaels.

Check Point research found that 88% of the organisations analysed experienced at least one potential data loss event, growing from the 54% observed in 2012.

In fact, in 33% of the financial institutions surveyed by Check Point, credit card information was sent
outside of the organisations, while 25% of healthcare and insurance institutions researched sent HIPAA-protected information outside of their walls. [HIPAA is the US Health Insurance Portability and Accountability Act enacted in 1996 – ED]

To register for a full copy of the Security Report, go to http://www.checkpoint.com/securityreport. 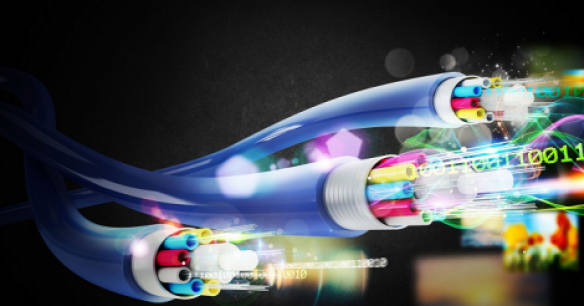