REMEMBER last year when Xiaomi announced a phone which was originally a prototype with bezels so wide that it looked like it was all screen? Well, it looks like Xiaomi is at it again with the Mi Mix 2.

Continuing with 2017’s fascinating trend of bezel erasing phones, it is fitting that the Mi Mix 2 does so with style. While the almost all-screen screen in front may not be the most practical phone to use but this sequel to the 2016 model is nevertheless stunning to behold and captivates anyone’s attention.

The dazzling beyond full HD resolution (2,160 x 1,080) screen is marginally smaller than its predecessor, making it more manageable to hold. It nevertheless holds an impressive 18:9 aspect ratio, maintaining a narrower width.

Naturally, with an all-screen front, the fingerprint reader is located on the rear of the phone just below the camera. Another interesting design work-around for the screen is how Xiaomi has shifted the front facing camera to the bottom of the phone.

As if one is not enough, Xiaomi even has a special edition of the phone that is said to have a unibody constructed purely of ceramic.

On the inside, it holds the all too familiar top end Qualcomm Snapdragon 835 processor along with 6GB of RAM (8GB for the special edition) and several different options for storage: 64GB, 128GB and 256GB. Take note that the special edition is only available with 128GB of internal storage.

It comes with a 3,400mAh battery and that is charged through a USB-C port. Disappointingly, Xiaomi removed the old faithful headphone jack but you should still be able to listen to your tunes wirelessly with Bluetooth 5.0 connectivity.

The Mi Mix 2 will run on Android Nougat with its latest MIUI 9 interface on top. You will get dual SIM card slots so you can carry two at one go.

Surprisingly, the Mi Mix 2 does not carry dual cameras. Instead, it has a single 12-Megapixel sensor camera equipped with a Sony IMX386 sensor, f/2.0 aperture and 4-axis optical image stabilisation.

There is no word when and if Xiaomi will bring the Mi Mix 2 to the Southeast Asian region. 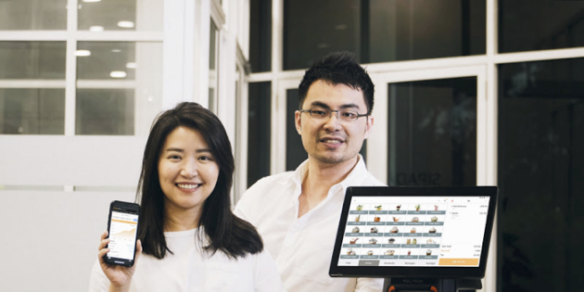