Barely a week after unveiling its latest flagship smartphone the Galaxy S9 and S9+ at Mobile World Congress 2018, Samsung wasted no time to bringing the two models to Malaysian shores for a special media preview. At the same time pre-orders for the new flagship phone have begun well ahead of its March 16 release date.

Sporting a streamline design that is not too different from last year’s Galaxy S8, the Galaxy S9 and S9+ have made some refinements to Samsung’s Super AMOLED powered Infinity Display with the S9 sports a 5.8-inch display while the larger S9+ has a 6.2-inch display.

Raising the bar even higher, the new Galaxy S9’s camera has received some significant enhancements, with a 12-Megapixel dual pixel camera on both cameras with optical image stabilisation. The Galaxy S9+ sports an extra 12-Megapixel telephoto camera that offers 2x optical zoom.

Whether you are shoot in daylight or in dark situations, the Dual Aperture lens on the Galaxy S9 adapts to switch between either f/2.4 for sunny conditions or widens to f/1.5 in the dark.

For videos, there is now a new Super Slow-mo feature that increases the shutter speed to a super quick 960fps (frames per second) that enables users to slow the action down by four times. Once recorded, the user can choose to save it as a GIF or use it as a wallpaper for their home or lock screen.

The Galaxy S9’s camera also has another trick up its sleeve with the ability to create your very own emoji all by simply snapping a selfie. Create and share new AR emoji stickers to give your messages an extra special touch.

Samsung has improved its face unlock feature with a new intelligent scan technology that combines face recognition and iris scan so you can even unlock your Galaxy S9 in low light.

But enough about the camera, the Galaxy S9 also features surround sound stereo speakers that envelops you in Dolby Atmos sound bringing extra clarity to your mobile listening experience.

Like before both the Galaxy S9 and S9+ are rated IP68 for water and dust resistance and support fast charging and wireless charging.

It comes in a choice of four colours: Midnight Black, Titanium Gray, Coral Blue and the new Lilac Purple.

Samsung has already opened the Galaxy S9 and S9+ up for pre-orders with the phone expected to be released in Malaysia on March 16. In terms of pricing, the Galaxy S9 will retail for RM3,299 while the Galaxy S9+ has a starting price of RM3,799 for the 64GB version

Samsung’s Galaxy A series gets updated for 2018 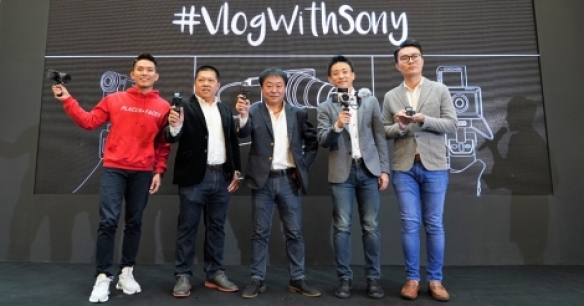