ALL eyes will be on the Mobile World Congress (MWC), the world’s largest exhibition and conference on anything mobile, which kicks off today (March 2) in Barcelona, as industry luminaries from all over the world gather at one of the most talked-about tech extravaganzas the year has to offer.

But there was a time a decade or so ago when the stalls that lined the corridors of MWC – or GSM World Congress as it was known back then, held at the Palais des Festivals in Cannes, France – consisted of staid exhibitors and boring exhibition stands that serviced mainly trade visitors.

According to Thomas Husson of Forrester Research, MWC has changed tremendously over the past 10 years, and not only in the way mobility has affected the way humans communicate, but also in terms of how it has disrupted businesses and their revenue models.

The vice president and principal analyst points out in his blog that mobility is the fastest and most ubiquitous technology ever to spread globally.

Husson argues that mobility has caused people in Asia and Africa to skip the PC Internet to go directly to mobile phones, and that it has already cannibalised several sectors, such as cameras, video recorders, and the GPS (Global Positioning System).

“It is also now disrupting entire industries, changing the game for payments, health, and education, especially in emerging countries.

“Mobility is the bridge to the physical world and is not just another ‘sub-digital’ channel, and this alone has a huge impact on business models,” he says. “And mobility is also a catalyst for business transformation.”

Certain to feature prominently at MWC 2015 will be the battle royale for smartphone dominance by vendors whose name is not Apple.

South Korean giant Samsung Electronics Co Ltd is expected to unveil its much-hyped Samsung Galaxy S6, and so will Taiwan’s HTC with its M9 smartphone.

Arguing that Samsung will be the company to watch at this year’s MWC, Forrester’s Husson says that the company will however need to offer more compelling content, software and services to truly differentiate itself in the high-end smartphone segment.

“If the key takeaway from its press event is around hardware innovation, Samsung will continue to suffer this year,” he adds.

Besides its flagship smartphone launch, Husson said Samsung is likely to launch a new smartwatch and other wearables based on its Tizen operating system (OS) in a bid to impose its new OS on the wearables and connected objects space – the new battleground in consumer electronics.

Meanwhile, Apple Inc has chosen to skip MWC for its latest device launch and announced that it will hold its own event – dubbed ‘Spring Forward,’ on March 9 in San Francisco – to unveil what many believe to be its much-talked about Apple Watch.

From specs to experiences Despite being more of a trade and industry exhibition and conference event, historically speaking, the convergence of consumer technologies such as smartphones, tablets, application and services, as well as nascent trends such as wearables and the Internet of Things (IoT), has steered the MWC to become more consumer-centric today.

Much of this has to do with the fact that mobility now comprises the convergence of back-end mobile technology and front-end sexy devices, the software that powers them, and how consumer technology has permeated our lives.

Hence, this year’s focus is expected to be more on personal technology, as this is the most natural intersection for modern devices, always-on Internet connectivity, and personal data analytics.

However, firms launching their devices and hardware this week must pay closer attention to what each device and its accompanying experience means for their customers, instead of going on about their device specs and features per se, Julie Ask (pic), Forrester Research’s principal analyst, says in a research note.

“What’s important to remember is that device-specific strategies – be it the Apple Watch or the Samsung Gear, or other branded devices – are not needed,” said Ask.

“Rather, companies must focus on serving customers in ‘micro moments’ – a mobile moment that requires only a glance to identify and deliver quick information that can either be consumed or acted on immediately.”

Fellow analyst Jennifer Belissent concurs, noting that much has been said about the explosion of devices with many vendors sounding like the McDonalds of the 1980s with its 'billions and billions served' campaign.

“As McDonald’s has discovered, it’s not quantity that counts these days,” she writes in her blog. “It’s more about what you do with those devices: To whom and to what you are connected, and the data that is collected and transmitted by them.

“The reign of mobility gives way to connectivity, as the innovation spotlight shifts from the hardware to the software powering the IoT.”

The rise of wearables In the last couple of years, wearable electronics have been stealing the show insofar as the consumer side of MWC is concerned, but a lot of those showcases and demonstrations left a lot to be desired, promising big but often falling flat.

However, Gartner research director Annette Zimmermann says that this year should be an interesting one for wearables, and the research firm expects strong growth this year, with smartwatches, fitness bands and other trackers to reach nearly 70 million units shipped, up 38% from 2014.

In a research note, she argues that the Apple Watch is bound to trigger more awareness for wearables, and Samsung, Sony, Lenovo and others will have to come up with more attractive products to compete.

Tech blog Droid Life reported that Huawei Technologies Co Ltd is introducing its stylish smartwatch at MWC, and has even has leaked a two-minute conceptual video showing the device ahead of its launch. The Verge meanwhile has comprehensive screenshots of the smartwatch here.

Aside from the hardware, vendors are also expected to focus on their ecosystems, and on finding synergies in adjacent markets.

Samsung, Google, Apple and Microsoft are ready to build out entire health platforms that are intended to attract partners in the healthcare and fitness industry, Zimmermann says.

“This initiative will trigger new business models, but will also stir up the discussion on how best to protect the sensitive data that is being collected from wearables,” she argues.

“But there is still room for improvement for most vendors to create more sophisticated apps and ecosystems around wearables.” Neil Shah, research director at Counterpoint Research, says that wearables are spreading beyond health and fitness applications, and the buzz has multiplied since Apple came into the space.

Shah, who spoke to Digital News Asia (DNA) via email, however points out that security and privacy will be key adjacent themes to watch for with the growing breadth of IoT devices, apps and use-cases from highly personal devices such as wearables.

“We could see greater traction of Open Source IoT to prevent the space from fragmenting, and to ensure higher interoperability and scale – not only for hardware but also software,” he says.

Kerem Arsal of Analysys Mason expects only incremental changes and tweaks around the wearables product category.

The senior analyst of the London-based research firm says that aside from the functionalities of these devices, it would be wise to keep an eye on their level of dependence on existing smartphone OSes, as well as opportunities they may create for operators in terms of connectivity and services.

“Huawei will bring brand new wearables and we will also see LG smartwatches,” he says in a research note. “MWC will be the last chance for wearables vendors to communicate their distinctions before Apple Watch enters the market soon after the event.” 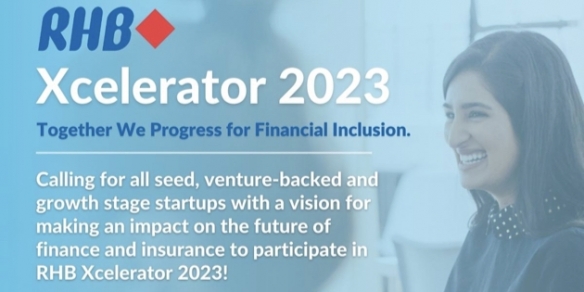