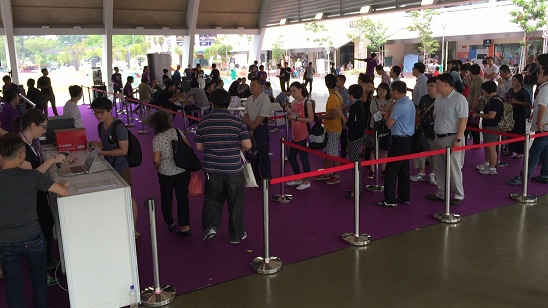 FOR sixty days, 1,000 Singaporeans will have the chance to watch YouTube, stream songs and browse the Web to their hearts’ content on their new Xiaomi handsets, over a newly-configured 4G (Fourth Generation) mobile network.

There is no limit on how much data they can use, and it’s free. The only caveat: They will need to physically be in a small coverage area within Singapore’s Jurong East district, a suburban township located on the west part of the island.

They’ll also need to fill up a survey form at the end of the two-month period. After all, these are the participants chosen from nearly 23,000 applicants, to take part in MyRepublic Ltd’s mobility trial, as the local broadband supplier gears up to become the country’s fourth telecommunications carrier.

The company, which also operates services in Indonesia and New Zealand, is in the race to obtain a telco licence from industry regulator the Infocomm Development Authority of Singapore (IDA), and will be bidding for radio spectrum in an auction to be held early next year.

As part of its charm offensive, MyRepublic has even launched a campaign encouraging the Singaporean public to support its efforts, promising a full year’s worth of free, unlimited 4G mobile data to subscribers, should it be successful in obtaining the licence.

Speaking to Digital News Asia (DNA) at the trial’s launch, MyRepublic spokesman Fabian Lau said, “The trial will enable us to collect usage statistics and feedback of our users' experiences and ideas on how they would use unlimited data.

“With this, the trial serves to not just validate our proposal to roll out as a data-centric telco, but also to generate confidence in our intention to bring unlimited data to Singapore.” 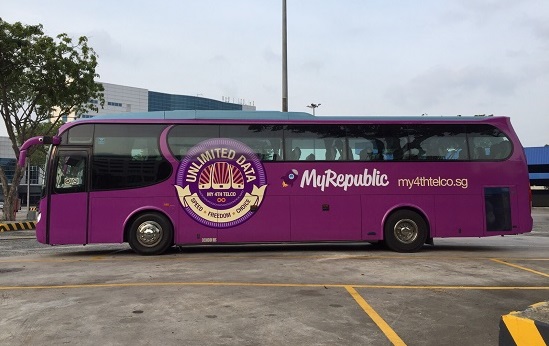 This current test then, is a technical one to understand the demands on the network if and when that day arrives. But primarily, it is part of an initiative to test-run a HetNet (heterogeneous network) for the IDA.

MyRepublic is one of the companies selected by the regulator to test the technology that allows WiFi and 4G networks to work well together, so phone users can transition seamlessly between cellular data and WiFi without any lag or dropped connections.

Launched on Oct 23, this trial provides participants with a data SIM card and a Xiaomi Mi4i smartphone, preloaded with MyRepublic’s ‘MyVoice’ app (still in beta) to make voice calls. Since the 4G network is data-only, trial users won’t be able to make normal cellular-based phone calls nor send text messages.

Using ‘MyVoice’ is similar to other Voice-over-Internet Protocol (VoIP) apps, with its built-in address book and typical dialler functions. During our test, the app sounded better than calls over WhatsApp, although it did have some sound distortions every now and then.

A S$10 prepaid amount is also included so users can dial out to normal mobile and landline numbers at a fee of two cents per minute. MyRepublic said in a statement that ‘MyVoice’ accounts will come with a local Singapore phone number and users can purchase additional numbers through the app.

Our tests of the mobile data network yielded good response rates, fast download times and very smooth streaming quality, despite us using the device in different nooks and crannies within a nearby shopping mall for an extended period of time. Even when the signal bar was down to one, it still managed to play online videos without pausing to buffer the content. Such activity isn’t the norm for many smartphone users in Singapore, since their current mobile data plans provide them with only 3GB or 4GB of free data on a mid-tier plan, after which a pay-per-use billing mechanic comes into place. The highest priced plans however do come with 12GB of free data, which we’ve been told is more than enough for most users.

Many operators around the world, including those from Singapore, have offered free unlimited mobile data in the past, although some of them eventually scaled the service back due to lack of capacity or increasingly high costs.

For MyRepublic, it doesn’t believe these are major issues. “One of our major advantages that will enable us to roll out unlimited mobile broadband data is the fibre broadband backhaul on the backend,” Lau said.

“With the National Broadband Network, we not only have increased capacity, but also a national infrastructure that will enable us to save costs when rolling out as the 4th telco,” he added. 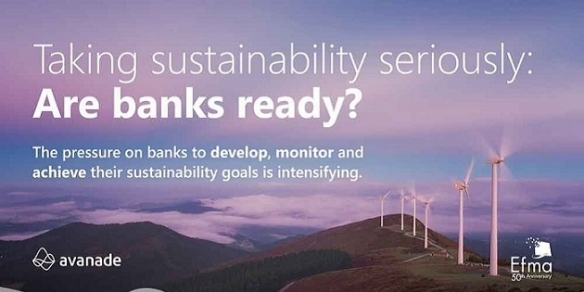