ALTHOUGH smartphone usage and penetration have been growing exponentially in Asia, many businesses in South-East Asia still fail to see the importance of a ‘mobile-first’ mentality.

According to Kevin O’Kane, managing director of SMB Operations at Google Asia Pacific, about half of small and medium enterprises (SMEs) in the region with a web presence have yet to make their websites more mobile-friendly.

“Sure, it is great if you have a site that works well on the desktop, but if your website is not optimised for mobile devices, then it is like closing the door on your customers when they come to your shop,” O’Kane told a media briefing in Singapore.

“Basically, without a mobile-first mindset, it will be more challenging for them to be successful because it would be harder for customers to engage with them,” he said at the ‘Helping Small Business Think Big: Trends in South-East Asia’ regional press conference on Oct 29.

Interestingly, Malaysia led the world in terms of using the mobile Internet: 35% of users exclusively use smartphones as the only means to access to Internet, followed by Vietnam at 24%, Singapore (16%), and South Korea and Hong Kong at 14%. Citing the TNS study, he said that nearly half of Singaporean Internet users used their smartphones to conduct research before purchasing goods and services; followed by Malaysia with 41% and Vietnam with 40%. In contrast, only 28% of US smartphone users do that.

“From these findings, it is clear that consumers are much more mobile and online than businesses are,” O’Kane said.

“This means that, more importantly than ever, businesses need to move quickly into the space. They need to build mobile websites first – that way, they can start engaging with customers,” he added.

Such a strategy also allows businesses to be flexible – they would be in a better position to see consumer trends such as the peak hours when consumers visit the website, the location they were based while visiting the website, and other data.

With this information, they can plan their advertising strategies better, Google said.

“The benefit of the Web is that it allows you to be agile; it also allows you to track and understand your customers better,” said Google SEA managing director Julian Persaud.

“With the Web, you will be able to be more flexible with your budget and investments. You don’t get that with traditional media,” he added.

“They see a lot of people in the train using their phones, but for some reason, they don’t believe that these people are their customers. This is happening everywhere … and it is happening now, and will be here to stay.

“They just aren’t aware of how big the opportunity is,” he said.

The other group are businesses which are aware of the potential, but they are “not sure what to do next,” according to Persaud.

“They feel that it is complicated, or it costs a lot of money, and they don’t know where to start.

“I think that’s where companies like Google can help in education – not just us, but the whole ecosystem. There are many tools out there with which you can easily build your own apps or mobile website.

The third group are businesses which have started on the journey, but are now looking to scale, Persaud said.

“These guys are currently ahead of the curve, but there is no reason why other companies cannot catch up easily,” he added. 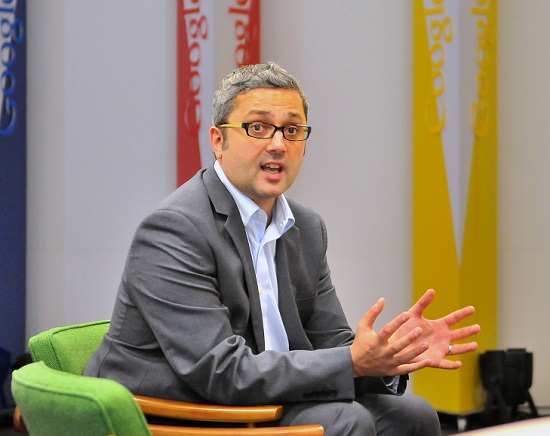 Making a business mobile-friendly is not an easy road and companies may make small common mistakes along the way, Persaud (pic) acknowledged.

One of the more common mistakes is making their mobile presence far too complicated. “Businesses tend to not think like a customer or end-user. Don’t fill your website with things you don’t need,” he said.

One of the biggest mistakes SMEs make regards the fear of failure. “I always believe that if you are not failing, then you are probably not moving quickly enough,” he said.