(Originally published April 30, 2013)
No 5 in our list of most-read stories of 2013 is depressing. Not that we have anything against Samsung, but this was just a press release, and yet it was one of our most popular stories of the year – which just goes to show how powerful search terms like ‘Samsung’ and ‘Galaxy Note’ can be.

When DNA was founded, we made a deliberate decision that while we were not going to ignore consumer technology, it was not really going to be our focus either. That space is already ably served by portals and blogs such as Lowyat.NET and Amanz.my, while we were seeking to fill a void. The popularity of a mere press release made us wonder whether we were tilting at windmills, but I’m glad we stuck to our quixotic guns (or home-made lances, as the case may be). – A. Asohan 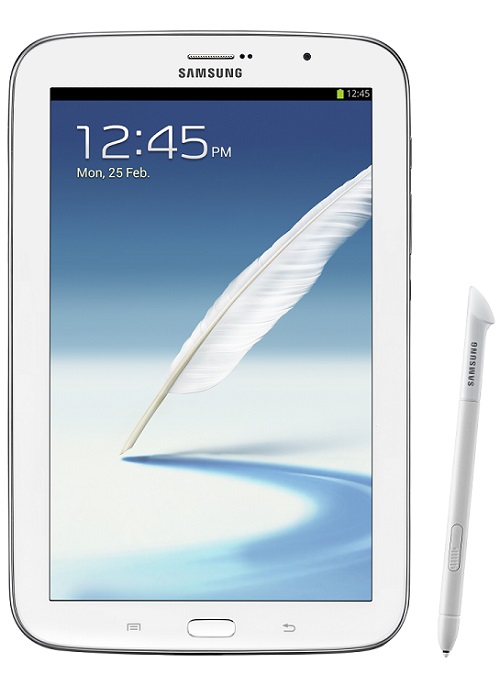 With a recommended retail price of RM1,699, the new Note provides unrivalled multimedia performance within a compact one-hand-grip screen, the company said in a statement.

The Galaxy Note 8.0 is designed to offer people a whole new level of experience in efficient multi-tasking while benefitting from superb voice call functionality. Users can even experience the ease of the traditional pen and paper with the intelligent S Pen.

“The Galaxy Note 8.0 is designed specifically to provide people enhanced freedom on the move by removing barriers that hinder a productive lifestyle on-the-go. The pocket-sized tablet with S Pen and corresponding functionalities deliver the perfect blend of portability that lends new possibilities in the way people live, work or play,” he claimed.

At the core of the Galaxy Note 8.0 are functions such as the multi-window options that allow optimal access to a number of live applications. Users can now access a suite of S Note templates and tools that allow them to create, edit, manage and share everyday documents seamlessly.

More than that, the “reading mode” technology enables reading with optimised resolution. These new content and services are pre-loaded for users at no additional cost, the company said.

The device also comes with pre-loaded content and apps, such as an upgraded ChatON that provides easy instant-messaging and group chatting in multiple formats – images, video, voice, contacts.

Awesome Note, a new integrated application for Android tablets, is capable of unlimited note-taking functions including Memo, Diary and To-do lists. With Flipboard, RSS, social network and other feeds come together in one stylish format so people can enjoy news and life’s moments in one application.

The Samsung S Pen has evolved to increase everyday usability and enhance content creation, the company claimed, and is embedded within the tablet. Removing the S Pen from the device will automatically launch features such as Pen Detection that suggests adapted menus that users need and Page Buddy, a feature that will intuitively activate your most recently adapted S Note home screen.

The S Pen now doesn’t even have to touch the screen. With Air View, it can be hovered over the screen to see previews of videos, emails, photos and appointments on S Planner without opening the file or application in full. S Pen Gesture allows images and content to be easily edited and cropped, whilst Paper Artist and Photo Note allow photos to be personalised.

In addition, for the very first time in the GALAXY Note category, the S Pen can be used to control the physical menu or back buttons on the device.