Rakuten to focus on strategic partnerships to empower Malaysian SMEs JAPANESE electronic commerce and Internet company Rakuten Inc, via its e-commerce platform Rakuten Online Shopping, is seeking out partnerships with both public and private sectors to grow Malaysia's e-commerce industry.
The company believes that by building partnerships with parties that share the same synergies and philosophies, it is able to encourage a wider adoption of e-commerce among small and medium enterprises (SMEs). This, in turn, helps strengthen the e-commerce ecosystem.
"Only with the right ecosystem, the e-commerce sector will develop and advance towards contributing to the overall national economy," said Masaya Ueno, country head of Rakuten Malaysia and director of Rakuten Asia.
"With the right partnerships, we can create a network that offers Malaysian businesses the right knowledge and tools to launch their products and services to a wider audience. Such industry parnerships differentiates Rakuten from other-ecommerce players and makes us the best go-to partner for SMEs."
To boost SME adoption of e-commerce, Rakuten Online Shopping has been working in tandem with Multimedia Development Corp (MDeC) on various initiatives. These initiatives include Malaysia's first ever Cyber Sale and a collaborative platform for SMEs called MyElite Biz. The partnership allows Rakuten to extend to SMEs the opportunity to bring their business online and help them increase sales and revenue, improve productivity and consumer engagement. That's not all. In January 2014, Rakuten introduced the Buyer Protection Programme -- an initiative to create a trusted e-commerce ecosystem for consumers. With the programme, consumers can shop in confidence on Rakuten Online Shopping Malaysia at no additional cost. The company has also formed new partnerships with McDonald's and KFC to reward shoppers in Malaysia with Rakuten giveaways.
"We live in exiciting times as shopping becomes more hyper-connected, higly personal and mobile. As the world's leading internet services company, Rakuten is uniquely positioned to lead the development of a more entertaining online shopping experience," said Masaya (pic).
Rakuten Online Shopping, which was established in November 2012, has seen a 25% increase per month in member signups since its launch. It now has more than 100,000 products from over 600 merchants.
In fact, some of the major retailers have also joined the platform, they include Berjaya Books (Borders), Game Mart, CARiNG Pharmacy, Poh Kong, Senheng Electric, Best Denki, and more.

Since Rakuten's listing on the Tokyo Stock Exchange in December 2013, the company has continued to grow and diversify its offering, particularly in the areas of digital content, financial services and travel. 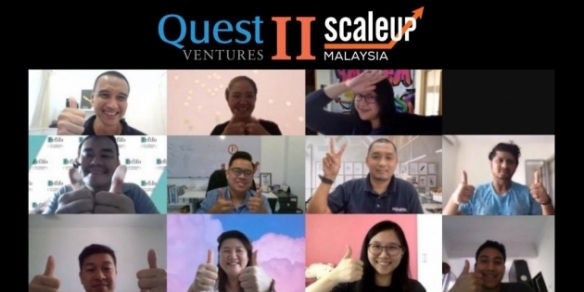