Phone diagnostics and repair, and the millions being wasted 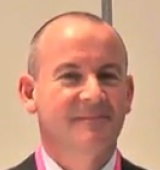 WITH sales set to overtake those of traditional feature phones for the first time in 2013, smartphones have become the communication, payment and information device of choice for consumers and enterprises alike.

However, despite an increase in smartphone penetration, the mobile market remains a difficult place for many operators.

As the use of mobile internet continues to rise, increased connectivity and heightened competition has forced operators to drive down prices and look for revenue elsewhere. Just recently, a report from Juniper Research suggested that 50% of data traffic generated by smartphones will be offloaded to WiFi this year – a further cause for concern for operators worldwide.

So it may come as a surprise that mobile operators and retailers are unnecessarily wasting over RM100.9 million (US$32 million) a year on mobile phone fault diagnostics and repair.

In the United Kingdom alone, approximately 60,000 mobile phones are reported as ‘faulty’ each month. For mobile retailers and operators, this results in an unfavourable cost of approximately RM250 (US$79) per device, plus the loss of revenue from usage as the phone is sent away to the network operator’s repair centre to be fixed.

But what many operators and retailers fail to realise is that sending customers phones away to the repair centre isn’t always necessary. So why then are many wasting money on shipping away mobile devices? The most common mobile faults can be divided into three main categories: Battery-related problems, connectivity issues and application or software problems. However, in 60% of cases, these issues can be resolved within minutes or, perhaps more surprisingly, are not even faults at all.

In many cases, the problem is actually down to an expectation issue, rather than a fault with the device itself. When switching from an old feature phone to the latest smartphone, consumers expect the performance of the device to remain the same, but with smartphones now capable of doing a lot more, this expectation is unrealistic.

For example, one of the most common faults reported with smartphones is that ‘the battery drains too quickly,’ but often this is based on a comparison with the performance of old feature phones. Whilst the battery on these phones could easily carry the device for three days without recharging, these phones didn’t have half as many features.

Another frequently reported problem is that the mobile phone won’t take pictures, when in fact it’s simply that the device is full and won’t save the images. However, without the technology in place in store to analyse the device, many mobile operators and retailers are sending away the smartphone just to find this out.

Using technology to their advantage

As many consumers make the switch to the latest devices this year, the pressure on mobile operators and retailers is only going to increase. Whilst around 30% of mobile phone faults are a result of expectation or misuse problems, a further 60% are caused by software or application issues – all of which can be fixed without the need to send the device away.

With the growing number and complexity of ‘smarter’ devices, it is imperative that mobile operators realise that traditional approaches to diagnostics and repair are no longer adequate in coping with the rising number of reported faults and consumers’ dependence on such devices.

In a time where revenue is falling and monetisation opportunities are decreasing, mobile operators and their retail counterparts cannot afford to waste money.

Technology is now available to provide in-store and remote diagnostics and repair and it is time for mobile operators to start using this to their advantage.

Not only can this save operators valuable amounts of money, but it can improve customer service and reduce churn, by removing the need for consumers to sacrifice their device and providing a key differentiator in an increasingly competitive marketplace.

Many operators are now taking proactive steps to implement such technology and those who fail to do so may just find themselves losing customers to competitors that do.