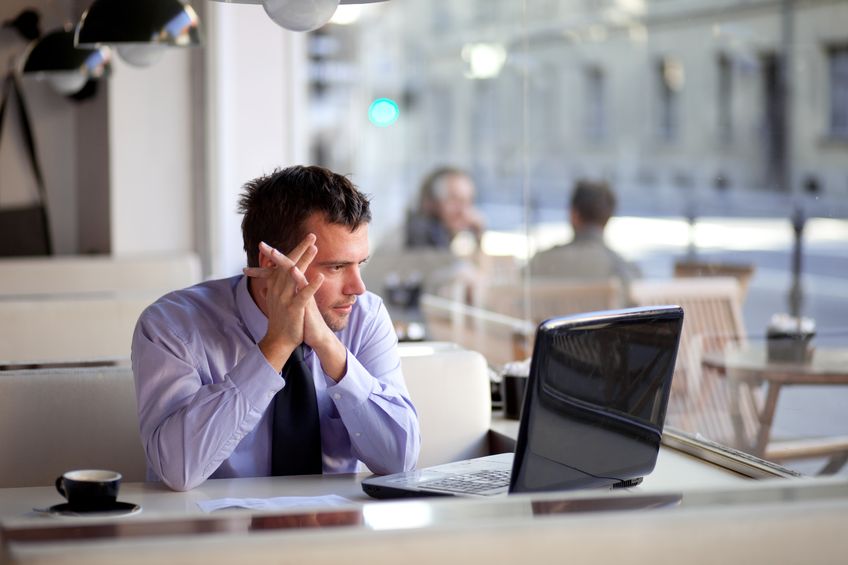 A NEW wireless standard is emerging and the benefits it brings to the world of enterprise business travellers and executives embracing the bring-your-own-device (BYOD) trend are potentially enormous.

As promising as it is however, the nascent technology still faces several hurdles before it would be able to revolutionise the WiFi landscape, according to industry experts.

Dave Wright technical marketing engineer for Ruckus Wireless, says Hotspot 2.0, the next-generation standard and an evolution of today’s WiFi standards, is the answer to some of the limitations faced by business executives who want to get connected in public places as securely and as cost-effectively as possible, especially while travelling.

In an email interview with Digital News Asia (DNA), Wright says the high cost of data roaming whilst on a cellular network forces many frequent travelling business executives to turn to WiFi hotspots.

But when these travellers do so, they are then faced with two other challenges: The need for a seamless, easy access connection to WiFi hotspots; and being able to connect securely while in public places.

“Hotspot 2.0 is a new technology specification developed by members of the WiFi Alliance (WFA) and is an innovative approach to providing public WiFi access,” he says.

“The technology simplifies and automates how users securely connect to and roam between WiFi networks; without requiring users to manually select a network or sign-on,” he says, noting that this is similar to the cellular experience users currently enjoy while travelling. Wright (pic) says one common misconception users have today is that whenever they use a public WiFi connection, they are more susceptible to threats from viruses and malware.

The truth is that such threats are almost always delivered to mobile devices in ways that are not network-related, he claims. Typically, mobile devices are infected from websites, via an email attachment, or through an infected app, he adds.

Wright says public WiFi is also susceptible to eavesdropping as a result of the lack of encryption of over-the-air traffic and the fact that hotspot users may not be effectively isolated from one another.

“With Hotspot 2.0, each device’s public WiFi connection is encrypted using a unique and random key,” he says.

Wright says the credential is then used to automatically and securely connect to any WiFi hotspot that has an authentication agreement with the provider which issued the credential.

Each time a device connects using Hotspot 2.0, the authentication process results in a dynamic set of encryption keys being generated and used for the traffic between the device and the network, he says.

“This is in fact the same type of security implemented in the most secure of corporate environments to protect data moving through the WiFi network,” he says.

“It is far more secure than the shared password scheme that is typically used for home WiFi services,” he claims, adding that Hotspot 2.0 also prevents hackers connected to a hotspot from even seeing the traffic destined for other people connected to that same hotspot.

Some examples where Hotspot 2.0 is being trialled include San Francisco and San Jose, where Ruckus Wireless is part group of providers that offer services that allow millions of visitors and residents to automatically and securely connect and seamlessly roam, according to Wright.

'Old' WiFi not dead yet But while these trials are going on, some telcos have not yet given up on existing WiFi technology and may in fact be expanding services in cities as a means of providing added value to consumers.

Clement Teo (pic), senior analyst at Forrester Research, notes that Telstra will invest more than A$100 million (US$94 million) to build a nationwide WiFi network as part of a strategy to increase connectivity in places where Australians live, work, and visit, including cafés, shops, sports grounds, and transport hubs.

“The strategy aims to offer all Australians – regardless whether or not they’re Telstra customers – access to two million WiFi hotspots across the nation within five years,” Teo tells DNA via email.

Telstra home broadband customers can also install new gateways that allow them to securely share a portion of their bandwidth with other Telstra WiFi customers in exchange for broadband access at Telstra hotspots across the nation, while non-Telstra customers can purchase daily hotspot access, he says.

Teo says the network is scheduled to launch in early 2015 and will also reach overseas. For example, an exclusive deal recently concluded between Telstra and global WiFi provider Fon will allow people to connect at more than 12 million hotspots worldwide.

“Hotspot 2.0 may not be that alluring then, especially if service providers in Asia could already tap into the existing pool of home broadband users and encourage them to share bandwidth access with other users, in exchange for a similar deal outside their homes.”

Teo says that while service providers such as Time Warner and Boingo, and city councils in San Francisco and San Jose, via Ruckus Wireless, are offering Hotspot 2.0 services, there is selective support for mobile devices, and no clear business case as yet.

“I'd imagine that it would be a challenge to convince Asian operators to do the same here without a clear return-on-investment on usage,” Teo says, adding that Hotspot 2.0 could better act as a WiFi offload for operators in Asia.

Next: What's the business case for Hotspot 2.0?