IT is a different landscape today for mobile operators in Malaysia, with the days of double-digit growth in subscriber base and revenue a thing of the past.

In the ‘good old days,’ mobile phones were seen as luxury items rather than necessities, and only about half of Malaysians owned one. Today, affordable mobile devices swarm the market, pushing the penetration rate to above 140%.

The take-up rate of smartphones has also soared, resulting in increased demand for data services, but with demand for voice services declining.

Telcos are trying to grow their business by attracting consumers to use more data on their smartphones, tablets or laptops (via wireless broadband dongles). That strategy has been effective so far, with their growing data revenue able to offset the declining voice revenue.

There are also other areas telcos are banking their growth hopes on, and one of them is the emerging trend of the Internet of Things (IoT).

According to a report by Gartner Inc, the IoT – which excludes PCs, tablets and smartphones – will grow to 26 billion units installed by 2020. This is a 30-fold increase compared with the 900 million units in 2009.

The market research and analyst firm also said that IoT product and service suppliers will generate incremental revenue exceeding US$300 billion, mostly in services, in 2020.

International Data Corp (IDC) also sees big potential in IoT. In its 2014 report, it predicted that the worldwide market for IoT solutions would grow from US$1.9 trillion in 2013 to US$7.1 trillion in 2020.

These research findings highlight a key trend: The increasing number of ‘things’ – whether consumer electronic products, medical-related devices, automobiles, and others – will be connected to the Internet in some way or the other. This connectivity can be achieved either via a WiFi connection, and/ or a SIM card.

In fact, one can safely say that there could be at least three connected devices per person come 2020, based on the 26 billion IoT units forecast by Gartner divided by the approximately eight billion expected population in 2020.

While waiting for the IoT trend to mature, Malaysian telcos – like their counterparts in the rest of the world – have already begun their journey into the world of connected devices and equipment.

Malaysian mobile operators – via their respective machine-to-machine (M2M) strategies – offer various services such as fleet and transport management (so that companies can track and monitor their fleet of van, trucks and buses); security and surveillance; and more.

For now, the M2M service is mainly targeted at companies and businesses, but it is believed that the trend will eventually move to the consumer segment.

Sceptism and optimism of IoT 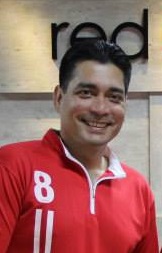 Despite the analysts’ views above on the prospects of IoT, not all mobile operators share the same optimism.

“At over a 140% mobile penetration, would trends like IoT, M2M, connected fridge or connected cars save the telcos?

“No, I don’t think these can save the telcos because, at the end of the day, whether or not you have two or 10 SIM cards under your name, your wallet is still going to be the same size. The cost of living is going up, and people would want to see their bills reducing.

“Of course, you could change your spending habits from buying gems and using it to make sure your car or your house is safe and monitored constantly, but there’s still a limit on how much consumers can spend,” said Farid.

The spending habits of Malaysian consumers may take a hit over the near- to medium-term, as the Government is continuing with its subsidy rationalisation programme, and is intent on rolling out the Goods and Services Tax (GST) in April next year.

Norwegian telecommunications group Telenor, in an email reply to DNA, is more optimistic, saying that while it understands that consumers may have limited budgets to spend on IoT services, the company believes that the key to penetrating the market is in creating good value propositions for consumers.

“No doubt, things will be connected at a fast pace but we need to further understand the new market dynamics and how we can add value beyond the actual connectivity.

“The value is more related to the insights and actions you can take from accurate, real-time information [that comes] from connecting things,” said a Telenor spokesperson.

“Building services that enable people to feel safer, cut energy costs, or live a healthier life will generate new value, but we also need to explore new business models and partnerships to make it happen.”

Telenor also highlighted the importance making it easier for customers to try out IoT services, as well as in working with the right partners.

“We need to be open to work with the best partners to ensure complete solutions that are useable, reliable and affordable – so far, this market may have seen too much ‘technology push’ instead of ‘market pull.’

“The movement from M2M to IoT also means it is getting closer to everyday life for all of us. It is no longer only integrated in big and expensive machines; the technology is smaller and cheaper, and also getting integrated in consumer goods, sporting equipment and wearables.

“At the same time, other communication methods beyond cellular communications are used so we need to stretch beyond the pipe and climb the value chain – for example, into data analytics and services,” said the Telenor spokesperson.

The Big 3 and gaps in the M2M, m-commerce ecosystems

Telcos need to step up on M2M: Ovum