Cabotage simply means restrictions of the operation of sea, air, or other transport services into a country, limited to that country's own transport services. Countries use it to promote their domestic transport businesses. It is a good policy, except for when it is not.

And I can tell you, it is definitely not a good policy when it comes to demonstrating your eagerness to become a leading digital economy. And the Malaysian government has consistently projected its ambitions and desire to be one.

Even Prime Minister, Muhyiddin Yassin, who would not make anyone’s list as a tech savvy Prime Minister, got in the act on Dec 10th when, in his closing remarks for the Malaysia Tech Month 2020, he spoke of how the multitude of events held was “a timely reminder to the world that the digital economy is now booming” and how, “this will, directly, position Malaysia’s economy as a source of empowerment for digitalization.”

I am sure the Prime Minister meant what he said. But global and local tech companies will weigh his words against the actions taken by the Malaysian government to demonstrate this commitment. And, judging from the recent decision by the Minister of Transport, Wee Ka Siong, over the revocation of a Cabotage policy that gave submarine cable owners permission to choose who could repair their cables, coupled by a Nov 20 letter signed by Google, Facebook and Amazon, among others, to Muhyiddin expressing their concern and disappointment over the matter, I am afraid, the Prime Minister’s words ring hollow – and will continue to ring hollow, until intelligence and decisive executive action kick in and Wee’s decision is overturned. Either by him or the Malaysian Cabinet.

Speaking of which, I am told Wee was quite sly in the manner of disclosing the Cabotage revocation to his Cabinet colleagues, listing the item under his Cabinet notes instead of bringing it up for discussion. He probably realised that he would have been outnumbered in defending the rationale he gave as the reason for his decision. “We need to build the local industry in this area,” is the main point he cites.

On one end of this argument you have the ministers of Science Technology and Innovation (MOSTI), International Trade and Investment (MITI), Communications and Multimedia (KKMM – the Bahasa Malaysia acronym), the Malaysian Communications & Multimedia Commission (MCMC), the Chairman of the Malaysian Digital Economy Corporation (MDEC), Telekom Malaysia and TIME dotCom, the Malaysian Internet Exchange (MyIX) and Microsoft, Google, Facebook and Amazon – three of whom have markets caps in excess of US$1 trillion (RM4.05 trillion).

And on the other corner you have Wee and the Malaysia Ship Ownersers’ Association (MASA) but specifically, one of its members, Optic Marine Services Sdn Bhd (OMS), run by entrepreneur, Ronnie Lim.

While I am all for building local capabilities, especially in a specialized technical area, there are two problems with this argument Wee has chosen to stand on. One, there is only one local player here, OMS, which has bothered to invest in acquiring the specialized ships that can lay cables on the ocean bed, and one of the ships is registered (flagged) in Indonesia. Why? Because Lim figured there was more profit to be made from doing submarine cable work in Indonesia than Malaysia, where he has one vessal. Nothing wrong with that. It’s just smart business.

Now the second problem with Wee’s argument is that even globally, there are only an estimated 60 vessels that are equipped to handle cable repair and laying! Why? Again because this is just not that lucrative a business for anyone to get into. Submarine cables don’t get damaged easily. For instance, a telco executive estimates that, even as the sole ship provider for repairing submarine cables in Malaysia, this is only worth an estimate US$2 million to US$3 million (RM8.1 million to RM12.1 million) a year to OMS. “But the country stands to lose billions in direct and indirect investments,” he stresses.

Now even if the telco exes is exaggerating the numbers and we estimate a conservative US$500 million in lost investments to the country, one can see how weak and totally misinformed, Wee’s argument is.

Infact, Wee’s argument is so weak that it has given rise to speculation that there is more than meets the eye here with some unsubstantiated talk that Wee is doing this as OMS is a contributor to the political party Wee is leader of, the Malaysia Chinese Association or MCA.

I asked Lim of OMS to clarify this and he denied it. “We are apolitical.” While initially agreeing to meet for a conversation, Lim then changed his mind and preferred not to take any questions from me. But you can see how the weak economic argument put forth by Wee would lead to such speculation. Wee has also not spoke to any media on the matter accept for the English daily print paper that his party owns. Not surprisingly, that paper has been the only one to cover this issue in a positive manner, supporting Wee’s position.

The economic argument put forth by Wee pales even more so when looking at some data.

There are 22 submarine cables landing in Malaysia. According to a study by RTI International, a non-profit outfit that provides research and technical expertise, those cables that land in Malaysia have had a significant impact on the nation’s economy, increasing GDP per capita by 6.9% between 2011 and 2015 and increasing job opportunities in services by 3.6%. RTI’s projections also show that, over the long term, every 10% increase in international bandwidth consumption per user leads to a 0.24% increase in GDP per capita.

Compare that to the estimated US$3 million OMS stands to make as the monopoly provider to repairing submarine cables in Malaysian waters. It does not take an Einstein to see the almost comical “build a local industry” point Wee is trying to make.

There is a lot more I could say, but I do not want to obsfucate the core issue here, that the argument put forth by Wee is weak and I will go so far as to say, nonsensical. There is no local industry to be built around submarine cable laying and repairing.

All the local and global internet players are asking for is for the owners of submarine cables to be able to choose who they want to repair their cables. It is important to note that the laying of those cables will be done by Malaysian companies and in fact, Lim’s OMS already has a contract to lay the latest submarine cable that will land in Malaysia! Bay to Bay Express is part owned by Facebook. I understand that will happen anytime soon. So, reverting back to the Cabotage policy instituted by Anthony Loke is by no mean an existential threat to any Malaysian shipping company.

If Malaysia is indeed serious in wanting to be a leading global digital economy, and I believe we can, then Wee’s cabotage policy must be revoked. And if Wee remains stubborn in his stand, then the Prime Minister and the Cabinet has to act, and act fast. Wee cannot be allowed to throw a spanner into the progress of Malaysia’s digital economy. Too much is at stake.

This commentary is the first in a series of articles under DNA's annual Telco Deep Dive series. Next article is on End of an Era with retirement of telco luminary, Jamaluddin Ibrahim of Axiata Group. 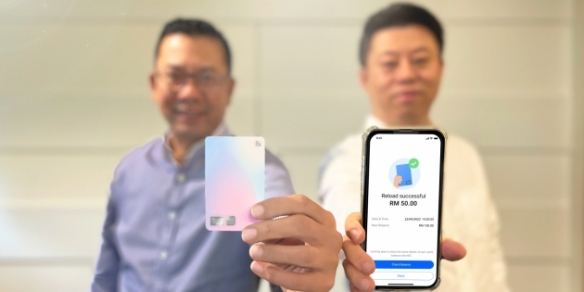