THOSE of you who read The Edge would have got the special eight-page Deep Dive supplement focusing on the Malaysian telecommunications industry, a collaboration between the business weekly and Digital News Asia (DNA).

For those who haven’t had a chance, it’s still not too late to get a copy. If you do miss out, a PDF version will be published on DNA in the near future.

In a nutshell, the pullout looks at the state of Malaysia’s wireless industry, especially what has happened in the last 12 months or so.

It includes an indepth story – by yours truly – on the issue of wireless spectrum and how it impacts operators and consumers, as well as other stories on the rise of U Mobile Sdn Bhd and even how Singapore’s telcos are faring.

As I read the stories, I realised that the Malaysian telco scene is indeed changing … and changing fast.

There are three broad reasons why I believe this is so.

In Ron Howard’s 1995 hit movie Apollo 13, there was a scene in which the engineers at NASA’s Mission Control were huddling in a room trying to figure out how to bring the crew safely back to Earth after a catastrophe had hit them midway through their journey to the moon.

Everyone was spit-balling ideas on what could be done, when an unassuming engineer by the name of John Aaron shouted out: “Power is everything; without it they can’t do anything.”

While the other engineers were thinking up elaborate plans how to bring back the crew, Aaron argued that without rationing the ship’s power by turning off everything immediately, all other rescue plans would be moot because there wouldn’t be enough power to enable the ship to re-enter the Earth’s atmosphere.

So too it is with wireless spectrum today.

Spectrum is everything because without it, the whole wireless industry would be turned on its head. To be more accurate, without the reallocation or delineation of spectrum, the wireless industry could eventually grind to a halt.

This is because there is only so much to go around, and so the fair distribution of spectrum to different mobile operators is of paramount importance.

Industry regulator the Malaysian Communications and Multimedia Commission (MCMC) first allocated spectrum to wireless operators in the early 1990s. Malaysia was then modernising its mobile communication industry, moving from analogue to digital systems.

A lot has happened since then. Some of the mobile operators of that era do not exist any longer and were getting acquired, which resulted in the consolidation of spectrum to different operators (for example, Maxis Bhd and TIME dotcom Bhd).

Also, new operators have risen, requiring the MCMC to carve out new blocks of spectrum for these players (for example, U Mobile).

Additionally, technology itself has evolved and new spectrum blocks such at the 2600MHz Fourth Generation/ Long Term Evolution (4G/ LTE) bands have come up for grabs.

This is partially why the Malaysian Government decided to conduct a spectrum reassignment exercise. More details about his can be read here.

Because this is such a major undertaking, the developments in the next two years are going to be impactful for operators and consumers.

The industry, in my opinion, is reaching an inflection point – because for the first time since the early 1990s, all operators, including the smaller and newer ones, will have near-parity when it comes to spectrum.

For example, Digi.com Bhd and U Mobile now have access to the 900MHz and 1800MHz spectra while the Maxis and Celcom Axiata Bhd will have to learn to adjust with less.

In the longer term, the spectrum delineation exercise is absolutely critical because Second and Third Generation (2G/ 3G) mobile systems are reaching their saturation points and cannot support the burgeoning data demands of today’s modern life.

So the only way to accommodate this demand is to move as many consumers as possible to 4G and beyond, as newer technologies promise greater spectral efficiency – that is, they can carry more data and voice given the same bandwidth compared with older technologies such as 2G and 3G.

But there needs to be a clear and transparent roadmap of how spectra is doled out and how much they cost the various telcos. This would ensure that all operators are able to design, budget and roll out various current and upcoming technologies.

Then there is a need for all spectrum holders to utilise the resources as efficiently as they can and roll out services that benefit all consumers, and in the process, give the best value and make it as affordable as possible without shortchanging users in any way.

Next Page: Enough with the marketing BS, no excuse for not putting customers first! 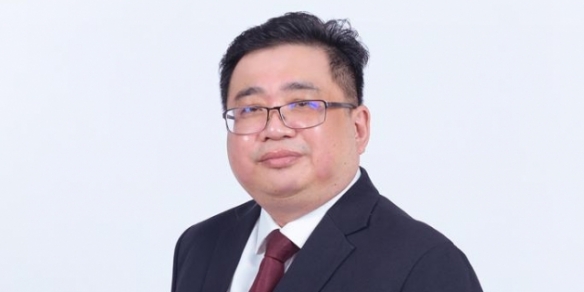