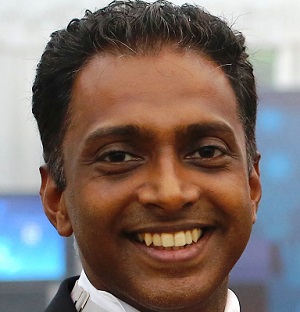 SURVEYS have time and again shown that crime tops all other issues as a top-of-mind concern for most Malaysians. It is a bigger concern than the cost of living, corruption, and perhaps even the Goods and Services Tax (GST).

A lot has been done in recent times to address this concern, but in the eyes of the public, it is still not good enough.

Available research on criminology indicates that people’s perceptions are often driven by what they hear and feel happen to the people around them, hence overlooking whether they personally have experienced crime (that is, have been victim to a criminal activity).

To quote from one such research, “… there may be little correlation between fear of and concern about crime. Public concern about crime may be driven more by community representations of it than by actual or anticipated personal experience.”

Malaysia is no different. A closer look at concerns about crime interestingly reveals that crimes that are classified as petty, such as snatching and house-breaking, are the biggest concerns, and are further magnified in their perceived impact through public perception that these crimes are endemic.

Many police forces around the world are increasingly working to minimise the impact of petty crime and the associated perception of lawlessness, through what is widely referred to as the ‘broken windows theory.’

The theory states that maintaining and monitoring urban environments to prevent small crimes, such as snatching (or snatch theft, as it is more commonly known as in Malaysia), minor burglaries, vandalism, toll-jumping and the like, helps to create an atmosphere of order and lawfulness, thereby preventing more serious crimes from happening.

Inspired by this line of research and thinking, my colleagues and I met one Friday afternoon to discuss how emerging technologies can help us to address and minimise instances of crime in Malaysia. We brainstormed on how we could drive some new innovative approaches, leveraging on technology, to build creative solutions to fighting crime.

At the outset we picked five of the top technologies that we think can play an important role in addressing this issue. They include:

Making every citizen part of the solution is absolutely vital if we are to combat the perception of fear.  It is also critical to give the each individual the ability to participate in his/ her own protection.

We propose the development of a cloud platform. We call this the ‘Public Safety Cloud.’ This cloud platform would allow anyone in the country to connect to it with a wide variety of tools or applications.

With the support of millions of Malaysians, this cloud can help address the address the big concern about crime that impacts them today.

What can be connected to the Public Safety Cloud? Benefits of connecting to this public cloud

In return for connecting to the cloud, each user will be able to get:

The effective use of big data will help develop very meaningful insights into the issues and help solve some of these challenges:

Who pays for this?

This has to be a public-private partnership project. The Government can fund the initial cloud deployment. Every user who wishes to connect one of their cameras, devices or assets to the cloud would pay a small monthly fee for the assurance of this enhanced level of security.

Given the scale of this initiative, public tenders could be invited for companies who could drive this initiative at very minimal costs to the consumer.

We are entering an era where the information about people, their consumption and movement patterns are of incredible value to marketers. We may find companies willing to fund the entire effort with no cost to the consumer. Local communities may also opt in to pay or subsidise for these services in high-risk zones.

Perhaps the greatest benefit of owning a cloud system is the fact that it is scalable – new services and solutions can be added at relative ease at a low cost.

As the cloud ecosystem matures, new technologies like 5G (Fifth Generation) mobile connectivity, software-designed networking (SDN), and advances in supercomputing mean that the potential for such services will increase exponentially.

Looking towards the future, we believe that the following solutions will also be viable options to expand the role of a public security cloud in Malaysia:

Another equally exciting aspect of such a cloud is that, if successful, it can be expanded into other sectors in Malaysia.

From giving real-time information on the growing conditions in a palm plantation in Sarawak to easing traffic congestion in Kuala Lumpur, cloud infrastructure combined with emerging technologies can help Malaysia realise efficiencies as it looks towards its 2020 vision.