AT A recent startup gathering I got asked: “Hey Gabey, would you say that there are a lot of innovative startups here?”

To which my response was: “Well, first of all, define ‘innovative’ for me.”

The above is a question I often get asked. And I have to confess, I’ve asked it on occasion too when, due to some quirk of the cosmos, I come across three or four similar startups trying to make their mark in the space of a few months.

It boils down an on-going issue the startup scene and pundits have been bandying about for a while now: Do we have truly original ideas being executed, or is it a case of one clone being launched after another?

I get uncomfortable with this question because it casts a very negative or condescending shadow on the work being done by startups that for all intents and purposes, are indeed 'clones' of existing business models and offerings.

Frankly, I don’t think 'clones' are a bad thing at all. And besides, a lot of hard work goes into making any business work, clone or not. I raised the issue with veteran entrepreneur Daniel Lim, the curator of TEDxKL, and he pointed to the recently concluded event’s list of speakers.

The list included Robest Yong, an inventor working on a smartphone for the blind; Gopinath B. Sekhar, whose company Sekhar Research Innovations does work in recycling rubber; and on the bio-hacking front, Antony Evans, the cofounder of Glowing Plants which seeks to replace street lamps with glowing foliage.

“Would you call what they do innovative? They’re all innovative in different ways, but I think the laments have to do with the desire to see 'something new' coming out from Malaysia,” said Lim.

According to him, everything is sort of a rehash if you really break it down. Entrepreneurs get inspiration from something and do their own take on it; it’s a path of progression measured in incremental steps, not leaps and bounds.

It certainly brought to mind vague memories of earning my humanities degree, and having to read the dense writing of long-dead scholars on Postmodernism.

One of the pillars of Postmodernism is the assumption that the modernist tradition of progress and ceaseless extension of the frontiers of innovation is now dead — everything has already been seen before, that there is nothing that can be produced, created, or imagined that we haven’t already seen somewhere else.

I suppose one could look at the Malaysian startup ecosystem through a similar lens, but there are many reasons why these 'clone startups' dominate our current landscape.

They range from the tendency of risk-adverse investors to back proven business models, to the very real fact that such products and services may exist in other parts of the world but not in ours ... yet.

Just look at the realm of financial-product comparison sites. Startups like Loanstreet, iMoney and another called Compare Hero have mushroomed up in the past year or so, and one would hardly call what they do 'innovative.'

Tim Marbach, a German national who now calls Malaysia home and founder of Asia Venture Group Sdn Bhd (AVG), invested US$500,000 (RM1.6mil) into iMoney, believing in the untapped potential of the market. During a recent interview with Marbach I asked for his take on this very issue of innovative versus clone startups.

“I think it’s the key stage the market here is in right now. Even in Berlin, until recently startups were on a copycat kind of track and investors were happy to invest in such ventures because they saw the potential for international adoption and money-making,” he said.

“The same applies here. It makes more sense for a local startup to pick a business model with an international track record or success story to help with the raising of funding to meet obvious market gaps,” he added.

And in his view, there is nothing wrong with being a clone-type startup, because even those touting 'innovative' or 'ground-breaking' solutions came about their product based on the work and discoveries made before.

“You can’t do step two before you complete step one. And there’s where the ecosystem is at, at the moment. There are plenty of gaps to plug before we can ascend to the next level,” he added.

Lim concurred with that sentiment, pointing to a well-known quote typically attributed to Issac Newton: “If I have seen further, it is by standing on the shoulders of giants.”

“You have to also remember that inventors are not entrepreneurs. Inventors can do the work of creating something new, but it is the entrepreneurs that bring it to market and make it accessible to many,” said Marbach.

And if one defines 'innovation' by the impact made on real lives? Then Marbach would be the first to tell you that sites such as iMoney are already on that path.

“We’re helping people make important financial decisions. You don’t apply for 20 mortgages in your lifetime so you want to get the best deal you can for the long term and not lose out,” he added.

In fact, the ecosystem being in this phase right now could be deemed the most opportune time for any budding entrepreneur.

“There are so many challenges to face, different angles for tackling a problem and massive opportunities. It’s like Disneyland for entrepreneurs!” quipped Marbach.

So what is the message of today’s column? Give those clone startups some slack and accept that the work they do now is forming the foundation for the next wave of entrepreneurs who will stand upon ground gained, and aim higher.

And perhaps the real question we should be asking instead of getting fixated on the clone factor is the one posed by Lim: “Are Malaysian startups solving real problems or just trying to be different for different’s sake?” 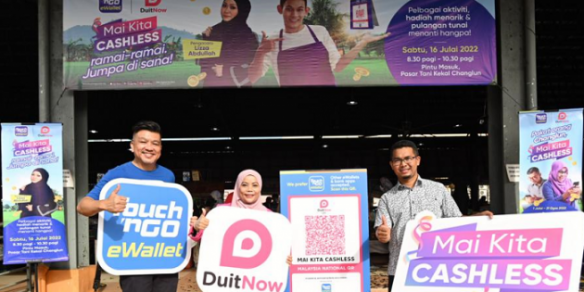