In these pandemic-stricken times, we have read, heard, and even seen scores of entrepreneurs hustling to ply their trade. From doom and gloom tales to stories on challenges and resolutions, they all predictably conclude with a lesson on being resilient.

Granted, the struggles caused by Covid-19 are real, the losses more so. Likewise, ample time has been devoted to discussing the economic devastation and exploring plausible solutions to circumvent these challenges. We cannot be sopping in disappointment and despair for long. It is time to move on to fresher discourses.

As the effects of the pandemic continue to linger, we can thrive from stories that move, enthuse and inspire fellow entrepreneurs to attain a renewed sense of confidence. Beginning with this instalment of #GopiSpeaks and in the subsequent pieces, I will be sharing untold stories of Malaysian tech chieftains from  Malaysia Digital Economy Corporation’s (MDEC) stable of GAIN companies who have been flying above the storm with their visionary thinking and innovations amid the chaos.

My intent is to provide a hearty boost of motivation to local tech entrepreneurs to plough-on with their endeavours, unleash their leadership prowess and muster the courage to stride on the road not taken. With over 20 financial institutions in 10 countries adopting its payment solutions, Soft Space has grown to be a formidable fintech player in the Asia Pacific region. When the movement control order (MCO) was enforced in Malaysia on 18 March 2020, Joel vividly shared that Soft Space was unperturbed by the sudden restrictions imposed, as its work-from-home (WFH) mode had already been implemented two weeks prior.

With a majority of its 120-strong workforce based in Malaysia, Soft Space has a sizable number of employees from outstation living alone in Kuala Lumpur (KL), including some on secondment from Japan. Due to growing concerns of their well-being and mental health, Joel and his team united employees by their locale via 15 WhatsApp groups (dubbed SS-Safety Net) to facilitate remote support via constant communication with workmates living in the vicinity - true to the spirit of #KitaJagaKita

2020 was a much-anticipated year for Soft Space as it was gearing itself to power cashless payments at the Tokyo 2020 Olympics, which was expected to draw over 480,000 visitors. “We watched our dreams get crushed as many countries began withdrawing from the Olympics due to Covid-19. This was a huge blow, as we were ready to be the catalyst for businesses around the stadiums to adopt contactless transactions,” said Joel.

Despite the Tokyo Olympics setback, Joel and team chugged-along in cash-centric Japan. As the second phase of the pandemic hit the country, the Japanese government heightened its push for contactless transactions, which landed Soft Space a deal to provide the first ever contactless credit card payment on four of out nine of the Ibaraki Kotsu Katsuta / Tokai-Tokyo Line.

With the support from their investor Sumitomo Mitsui Card Company (SMCC), Soft Space deployed its Fasstap solution on the said bus lines plying the Tokyo Station and Hitachinaka Tokai routes.

Fasstap is the world’s first PIN-based Tap to Phone contactless solution that leverages the ability of smart devices to perform transactions without the need for a specialised payment terminal. This is how bus commuters, including foreign visitors, can conveniently pay their fare by tapping their contactless card on a tablet. This not only eliminates the need to manage hard cash but also boosts the overall efficiency of the transportation system.

Much to Soft Space’s delight, the Land Transport Authority of Japan recognised the four Tokyo Metro Lines as a model public transportation system, being the pioneer in Japan for commuters to pay their fare with a credit card.

Compare and contrast your lives pre-Covid19 to the present. The pandemic has introduced new ‘frictions’ (inconveniences/obstacles) in our day-to-day living. The new norm is akin to friction galore; exploit every opportunity it offers and convert them into plausible ideas to be commercialised.

Be responsible; do not cry foul and avoid the blame-game. The pandemic is here to stay and it will continue to affect every walk of life. Businesses that cry wolf for attention not only create a false alarm, they disrupt the recovery process and deprive ethical business owners of deserving opportunities. More than meets the eye best describes SecureMetric, a homegrown digital security solutions provider with a remarkable foothold in Southeast Asia. It was recognised as a Malaysian Global Digital Icon by the Asian-Oceanian Computing Industry Organisation (ASOCIO) in 2019.

Edward was in a similar quandary as most entrepreneurs, as the initial weeks of the MCO halted many of SecureMetric’s projects particularly in Singapore, Indonesia and Hong Kong. Problems continued to escalate with the closure of its security device manufacturing facilities in China, which not only caused a disruption to the supply chain but also led to overnight cancellation of orders, delayed deployment of services and steep falloffs in revenue.

Not succumbing to the economic setback, SecureMetric’s dynamic team leaders under the helm of Edward began its fight by heightening the communications with its 130-strong workforce in Malaysia and other regional locations. Productivity surged through focused-discussions and this was evident through the frequency of its product demonstration appointments - from one physical demo a day to 10 virtual demos a week!

As more businesses jumped on the digitalisation bandwagon, Edward and his team realised it was an opportune moment to launch their Signing Cloud solution in July 2020 - Malaysia’s first publicly available pay-per-use digital signing platform.

This was brought forward by almost a year due to the pressing need to resolve authorisation matters and it has received overwhelming response from individuals, SMEs and even MNCs.

“Pasted signatures and scanned documents do not carry ‘legal value’. Our Signing Cloud solution legitimises electronic approvals, authorisations and agreements. Signatories that utilise this innovation are bound by the Digital Signature Act 1997, whereby all legal disputes can be settled in court,” explained Edward.

SecureMetric has proven Malaysia’s tech mettle by going toe-to-toe with large US-based digital signature solution providers like Adobe Sign and DocuSign. The gutsy Edward concludes with the following advice for entrepreneurs from his bag of wisdom:

The new norm is here to stay and there is no clear indication when the borders will reopen. The only way to future-proof your business is to automate and digitalise, which will allow organisations to produce more efficiently, to market products more effectively and to ensure transparency and sustainability along the entire value chain.

An organisation with a ‘lean & mean’ workforce not only cuts wastage of cost and bureaucracy but indirectly cultivates a culture of competitiveness among employees. This results in a battle of the fittest, where only the best talents are attracted and retained.

Goes without saying, a healthy cash flow allows an organisation to have a longer lifeline. This is crucial in times of a crisis when businesses are not able to generate a constant flow of revenue and are forced to dip into cash reserves for sustenance.

The next instalment of #GopiSpeaks will feature more exemplary entrepreneurs - Fong Wai Hong, cofounder and CEO of StoreHub and CC Puan, CEO of Green Packet, who will be sharing their stories of radical innovations during these extraordinary times. Be sure to watch this space! 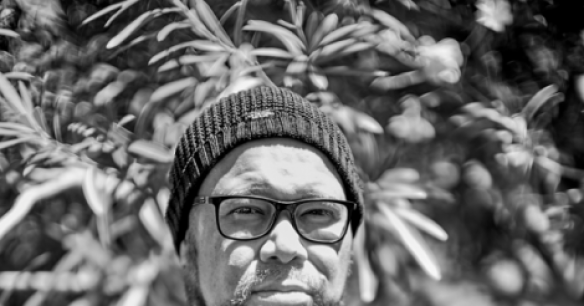