If you tried to pass the UDHR today, no way it would get approved. UDHR stands for “Universal Declaration of Human Rights”. It is a declaration passed by the UN in 1948 that bundles up a series of Rights for Humanity, in an attempt to compensate for the atrocities of WWII and seek to not repeat them again.

All human beings are born free and equal in dignity and rights. They are endowed with reason and conscience and should act towards one another in a spirit of brotherhood.

The UDHR, complexities and failures of implementation aside, gave us a usable and useful direction to orient us all in the objective of defending Humans. It even had a good decision in the labeling for that. It’s in the name.

Fast forward barely a few decades, technology is pervasive in our societies, creating new realities and challenges with novel threats to our Rights; this time not only our fellow humans but also for those that (should) apply to our digital twins.

Our societal response has been predominantly to find ways to shoehorn Ethical frameworks into technology, which is yet to bear any actual fruit. Instead, The IO Foundation defends the direction of working on the basis of Rights due to their universal facet and has made it its main proposal to protect digital citizens.

The name of the initiative? Universal Declaration of Digital Rights, or UDDR.

Guess where the name was derived from.

How would a UDDR work?, you may ask. While the length of this article won’t let us get into too many details, let’s unpack it a bit.

What did the UDHR achieve? It gave us a concrete list of Rights (ie a taxonomy) attempting to proactively avoid a number of harms that Humans could be subject to. In other words, observing the lifecycle of a person, under the premise that a long, quality life is a good thing, you set a list of possible Harms that could shorten your life or otherwise make it low quality. With that in your hands you can define the proactive measures to avoid said Harms in the form of Rights.

Now apply the same logic to your digital twins: Considering the lifecycle of a digital twin (in the shape of a data schema), what are the Harms it can be exposed to? Answering that (not so simple) question gives you a taxonomy of Digital Harms, which you can now use to build a list of Digital Rights (another taxonomy).

The cool thing about this structured approach is that it gives us something we can explain and teach to programmers; it enables them to understand how they can proactively be the NextGen Rights Defenders.

Moving forward, what would the UDDR be comprised of?

To get hands on, here’s a quick theoretical timeline:

Sounds crazy? Check how your cars enter the market; or your smartphones for that matter. This is pretty much a model that has been tested and implemented for decades.

That’s an impossible, daunting task!, I hear you say.

Well, consider any historically-worth event: World Wars, the several conflicts that (mostly) abolished slavery globally, voting for both men and women. Now think if anyone was able to expect any of those would happen just 5 years before they did.

This is not to say we shouldn’t analyze our current socio-techno-political environment. We passed the UDHR only after a full blown holocaust and bombing the hell out of two japenese cities. Humans need horror to decide to induce a massive societal change or to have created enough context to use it as a prop marketing tool.

One thing that keeps me awake at night is wondering what will be the digital equivalent of those atrocities and how they will be framed. At this rate, though, it feels as if the current technological paradigm is designed in a way that a point of no return is coming. And we surely should do something about it.

Wouldn’t it be great that, for a change, we grow up as a (digital) society and make sure we create proper paradigms and infrastructures such as the UDDR before that catastrophe materializes?

Change is possible and it happens because we decide to. Ask Charlie Skinner (a fictional character from an American TV series, The Newsroom.)

Jean F. Quéralt founded The IO Foundation in 2018 as an organisation dedicated to promote, protect and provide solutions for Digital Rights. 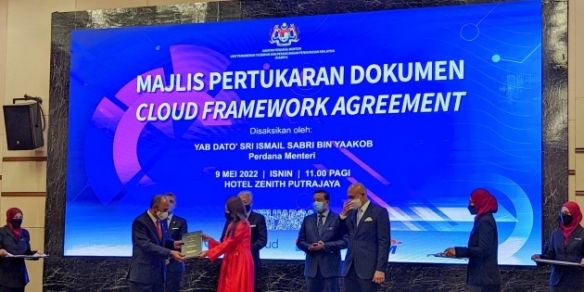