MyTeksi Series A set to electrify ecosystem in SEA

BOY was I wrong. I've been telling some people that our ecosystem is going to be electrified when MOL Global Pte Ltd lists on the Nasdaq in the United States sometime this year and when news of a Silicon Valley acquisition involving a Malaysian tech company is announced.

But it looks like the dynamic team at MyTeksi Sdn Bhd, which was founded in mid-2011 in Kuala Lumpur, are stealing the thunder and providing the first major thunderbolt to the Malaysian ecosystem for the year with its announcement tomorrow of a substantial Series A funding round by a Malaysian regional bank and a Singapore fund, as reported by a Malaysian English daily on April 4, 2014.

The amount raised aside, what this does is infuse a huge dose of self-belief and confidence in Malaysian startups that they too, can do it. Most of them can relate to MyTeksi as they have been around from the time the transport services startup launched its app in Sept 2011, with a Kuala Lumpur-based taxi company as its pilot customer.

I have always felt that the current crop of startups, while inspired by, just don’t relate very well to JobStreet, MOL, MyEG Services Bhd and Catcha Group as these companies and their founders have been around for over a decade.

MyTeksi’s birth, with US$107,000 (RM350,000) put up by the original founders, Anthony Tan and another Malaysian who met while doing a Harvard Business School program back in 2011 is also interesting. You can read more about that in the story I wrote back in the first month of DNA’s launch in June 2012.

All is not lost in face of a well funded competitor

MyTeksi’s success in raising its Series A also sends another signal to the ecosystem, not just in Malaysia but throughout South-East Asia. That even when faced with a competitor that has more financial resources than you, all is not lost.

I am of course talking about the entry of the Rocket Internet-funded Easy Taxi into Malaysia in May 2013. Those who know Aaron Gill, head of product development, and Adelene Foo, the ex-Accenture manager who is general manager of MyTeksi, will know that their response to Easy Taxi’s entry was to just roll up their sleeves, work harder and execute faster.

The same goes to MyTeksi’s founder and chief executive officer (CEO) Tan, who actually left to rejoin his family business in 2011 shortly after starting MyTeksi but then refocused his efforts fully into MyTeksi in mid-2013, right after Easy Taxi came into the Malaysian market.

They may have been daunted by the challenge from Easy Taxi but they never let it defeat them. And in this reaction, all startups can learn a lesson from the trio. Don’t throw in the towel just because a well funded competitor comes into your market. If anything, it validates the space you are in, and if you can still gain market traction despite the heightened competition, you can probably go out and raise some money.

There is another intriguing angle to this story. That a startup powered by the dreams, blood and sweat of its founders can trump one run by guns for hire. This was the edge MyTeksi always had. This is also a point that Krzysztof Marszalek, managing director, Hong Kong & China, iBuy Group made in a recent article I did on iBuy.

What’s even more interesting is that Gill and Foo are not founders but were brought into MyTeksi in Sept 2011 and Sept 2012 respectively with Gill promised a stake after one year (2012) and four years (2015). Foo confirms that she has a stake as well. Getting on the radar of global investors

The investment also proves that the Malaysian startup scene is on the radar of global investors. Even before the news broke on April 4, 2014, Japanese venture capitalist Takeshi Ebihara, CEO of Rebright Partners, told me during Echelon Satellite in early March that “Malaysia is definitely on the radar of Japanese investors.”

The message to all startups is this. Don’t complain that there is not enough money. There is. It is just not all in Malaysia. Coincidentally, I got an email that same night from a Malaysian entrepreneur who read my Week in Review column on angel and early stage investors asking the wrong question.

Fed up with investors asking him for when they would be seeing returns, he went to the United States and raised the bulk of his first convertible round there.

We all know there is a lot of money out there, even here in Malaysia, that is just looking for a good thing to invest in. Focus on making your startup that 'good thing' they can take a bet on. Make sure it is regional at least.

Again MyTeksi serves as an inspiration. It started out life very much focused on Malaysia, hence its uniquely Malaysian spelling MyTeksi for its app. But in 2013 with regional plans in place it expanded into four South-East Asian countries –Thailand, Singapore, the Philippines and Vietnam – under the brand GrabTaxi.

Their Series A success has got Bob Chua excited too. Founder of big data player Pulsate Inc and chairman of Virtuous Investment Circle, an angel investors club, Chua describes the deal as "a positive sign of bullishness in the ecosystem, especially in terms of the quantum as well as the fact that it is partly originating from an investment bank."

"Hopefully this will spur other investment banks as well as private equity firms to start exploring the vast opportunities that South-East Asian startups, especially the promising ones in Malaysia, are demonstrating,” he added.

It is now time for the rest of startups out there to work doubly hard to hit their targets and bring in the investors they are seeking. These are heady times indeed! 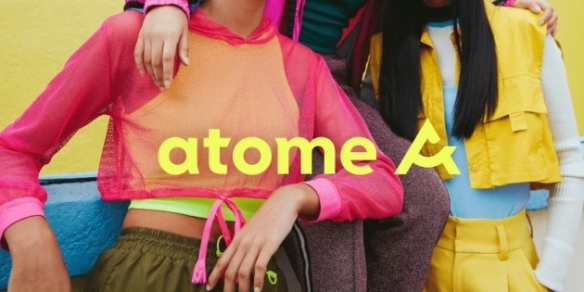