ONE of Malaysia’s most influential figures, former prime minister Dr Mahathir Mohamad, has gone on record again to express his regret over making the commitment during his ‘reign’ – and there is no better word to describe his premiership – that the country would never censor the Internet.

The ‘no-Internet-censorship’ commitment was part of the Malaysian Government’s promise when it launched the Multimedia Super Corridor (MSC Malaysia) project, a Dr Mahathir brainchild that was part of greater initiatives that were supposed to propel Malaysia into developed nation status.

MSC Malaysia came with incentives that were supposed to attract ICT companies to set up shop here and help make Malaysia an important player in the ‘information age’ that was being shaped. The no-Internet-censorship policy is enshrined in both the Communications and Multimedia Act 1998 and MSC Malaysia’s Bill of Guarantees.

That was in the mid- to late 1990s, when the Internet was even more of a ‘wild, wild west.’ Dr Mahathir was amongst the first few leaders anywhere in the world who saw that the Internet was going to be a transformative force in social and economic development.

His vision has proven to be absolutely spot-on. The Internet is a transformative force. As my colleague Gabey Goh noted before, a 2009 World Bank Report found that access to affordable, high quality Internet and mobile phone services enables development across all levels of the economy and society.

“For every 10 percentage-point increase in high speed Internet connections, there is an increase in economic growth of 1.3 percentage points,” she wrote.

Also, there is the joint research by McKinsey and Google which showed that the Internet contributes an average 1.9% of gross domestic product (GDP) in ‘aspiring countries,’ which McKinsey defines as developing countries on the cusp of becoming developed, and that includes Malaysia. Dr Mahathir (pic) should be a very happy man, but he is not. That’s probably because of that ‘nastier’ part of the Internet: Its democratising effects, and the free flow of information that leads to greater transparency and calls for greater accountability. He, like many other Malaysian politicians, is uncomfortable with that.

This is why in June 2012, he first said he regretted making that no-Internet-censorship promise, and called for greater regulation. “When I said there should be no censorship of the Internet, I really did not realise the power of the Internet, the power to undermine moral values, the power to create problems and agitate people,” he was quoted as saying by The New Sunday Times.

He reiterated that call in his blog on Aug 1 this year, coincidentally after Facebook prevented linking to an earlier blog post of his in which he wrote about the Jews. “Not knowing the power of the Internet, I promised that we (speaking as the Prime Minister of Malaysia) would not censor it. But today I have changed my mind.”

“I have done so because the players, including those controlling the servers, have been applying their own censorship of what can appear in this alternative media. I myself have suffered from such censorship,” he wrote.

Note that his blog post was not taken down or blocked by anyone. It’s just that you can’t link to the post directly from Facebook because it, one would assume, contravenes the social media network’s strict regulations on promoting hate speech or racism.

Let’s look at some of Dr Mahathir’s arguments of why there should be greater censorship.

“Blocking is of course a form of censorship.” He’s absolutely right there. If so, however, he will have to concede the fact that the Malaysian Government has been blocking content from Day One of MSC Malaysia, Bill of Guarantees be damned.

If you’re in Malaysia right now, try getting to Playboy.com. You can’t – that’s one of thousands of sites that industry regulator the Malaysian Communications and Multimedia Commission (MCMC) instructs all Internet service providers (ISPs) to block access to. Adherence to this is a condition of their licence.

This claim is more complicated, which is why it almost sounds like he has a valid point, at least when it comes to the first part. True, there is no absolute freedom on the Internet, and the companies which have invested their own money to build their infrastructure do have codes of conduct and standards of what content they allow on their servers.

Usually, they do not allow hate speech, or attacks against any race, religion or creed, which normal, well-adjusted people have no problems with. It’s why few people complain too … well, except for Dr Mahathir, of course.

“It is actually less free than print and electronic media operating under Government licences”? Well, that depends.

Certainly the media owned, directly or indirectly by Dr Mahathir’s party Umno, have been given the freedom to make false allegations against Opposition politicians, and to conduct an editorial jihad against the Christians of the country, as well as those with Chinese ancestry.

Umno’s flagship, the Malay daily Utusan Malaysia, has never been called to account for its attacks on either community, so Dr Mahathir is right: It is free to continue publishing hate-filled invective, while the alternative media is not, relatively speaking.

Indeed, going by Malaysia’s plunging ranks in Internet and press freedom indices, Dr Mahathir has already got his way: The Internet is being censored, in a number of different ways that we just don’t describe as ‘censorship.’

In only the second paragraph in its entry on ‘Censorship in Malaysia,’ it is noted in Wikipedia: “In 2014, Malaysia was ranked 147th in the Worldwide Press Freedom Index by Reporters Without Borders. It was also given a ‘Partly Free’ status on the Freedom in the World report by Freedom House in 2008. On the Freedom in the World index, graded on a scale of one to seven, with one being the most free and seven being the least, Malaysia obtained four points for both political rights and civil liberties.”

By now, you begin to see a pattern. Dr Mahathir is merely demanding the censorship of views not his own, or of those he doesn’t share.

“I think it is time we stop talking of the freedom of the press.” No, we will continue to talk about it until the press in Malaysia is freed from the repressive laws it is forced to operate under.

“Let us admit that the press needs to be censored.” No, we don’t admit it. It is merely your opinion, and you were accorded the freedom to express this opinion on the Internet.

“It needs to be censored because freedom, any kind of freedom will always be open to abuse.” The freedom to express one’s views, as you did above? It’s almost a compelling argument, but I would fight for your right to not be silenced, Dr Mahathir, even while I strongly disagree with you.

He ends that part of the argument with “the worst abuses are in the field of morality,” before going on about sex, sex, and even sex.

Dr Mahathir’s call for Internet censorship – he doesn’t even bother sugarcoating it like he did in 2012 with the phrase ‘greater regulation’ – also came in the wake of the WikiLeaks exposé of the Australian Government’s ‘superinjunction’ that barred that country’s media from reporting on a multimillion-dollar corruption case involving Malaysia, Indonesia and Vietnam.

That gag order listed many leaders from these countries that could not be named in connection with that corruption case, among them Dr Mahathir, his successor Abdullah Ahmad Badawi, and current Prime Minister Najib Razak.

It should be noted that being named in this supressed list doesn’t necessarily implicate these figures, but bad boy, WikiLeaks, you’ve gone an embarrassed whole governments, yet again.

And yet again, the 1990s Dr Mahathir has been proven right: The Internet can be a transformative tool. And that’s what scares people with skeletons in their closets, as I have noted before.

It would appear that Dr Mahathir and certain other elements in the ruling coalition, the Barisan Nasional, are perfectly willing to see the country’s economic development stifled just so that they can get away doing what they’ve always done.

And why not? They’ve already made their millions, and in some cases, billions. The rest of us can, you know, eat cake.

The McKinsey-Google report mentioned above also noted that “regulatory barriers and firewalls can impede the free flow of information, which is a necessary precondition for empowering users to fully leverage the Internet.”

An Economist Intelligence Unit report commissioned by the Asia Internet Coalition found that the rise of Internet regulation is having a negative impact on the business environment, with many governments focusing more on control than empowerment, as Digital News Asia (DNA) noted before.

You can’t have real economic development without social development. The Internet can be a powerful tool for both, not just one. Sorry, but you can’t just cherry-pick its effects.

And when I say economic development, I don’t mean wealth-generation for a select few. The 1990s Dr Mahathir knew this, because in his inspirational Vision 2020 speech, which laid down the foundation for Malaysia to become a developed nation – developed in all spheres, not merely economic – he recognised this.

In fact, that old Dr Mahathir (the younger one) was intelligent enough to recognise that development went beyond mere wealth generation. The definition of a developed nation by that Dr Mahathir was one of the most stirring policy statements ever:

“By the year 2020, Malaysia can be a united nation, with a confident Malaysian society, infused by strong moral and ethical values, living in a society that is democratic, liberal and tolerant, caring, economically just and equitable, progressive and prosperous, and in full possession of an economy that is competitive, dynamic, robust and resilient.”

It would seem, however, that certain politicians (and former politicians) want economic growth without social development.

This perhaps explains why current premier Najib shifted focus away from Vision 2020 and into his Economic Transformation Programme (ETP), whose only aim is to transform Malaysia into a high-income nation, also by 2020.

He wants to do this without the hassle of having to deal with an educated, well-informed, liberal and compassionate populace which would hold its government accountable, and if this government is found wanting, may vote for someone else.

But it is this ability to handle a well-informed electorate that separates typical politicians from true statesmen. Sadly, Malaysia has a surfeit of the former and a distinct lack of the latter. 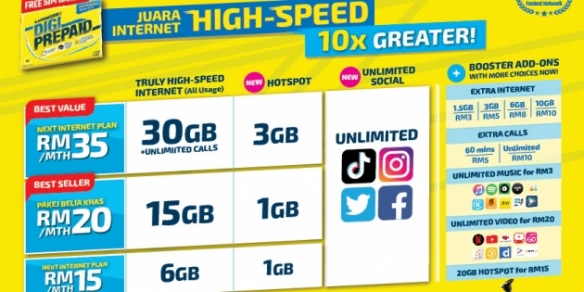