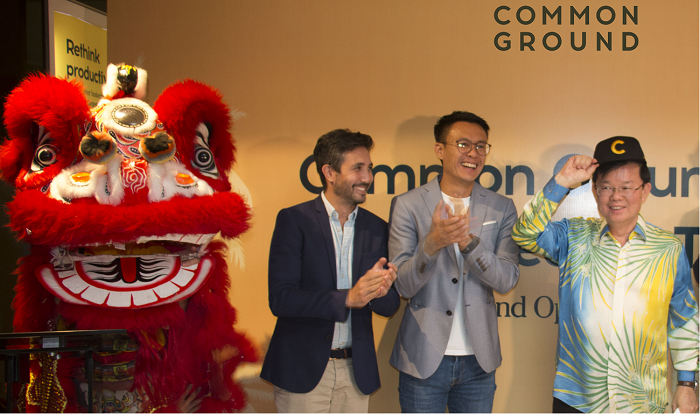 SPEAKING at the opening of leading Malaysian co-working space player, Common Ground’s latest location in Penang, Penang chief minister Chow Kon Yeow shared that the state will be the co-host to the 2020 World Congress of Information Technology that will be held in Malaysia.

He expressed the hope that the hosting of the largest event in the technology world will “kickstart Penang to the next level in the tech industry.”

Judging by the current dismal state of digital adoption by the state, it will need the mother of all kicks. For, it is a great paradox that the “Silicon Valley of the East” as Chow reminded Penang is sometimes called, still does not have some of the most basic digital services that are proven to ease the lives of citizens.

There is no app to guide you to an open public parking slot or to pay for your parking. The state still uses the ancient scratch and display ticket for parking.

Catching a bus is still a pray-and-wait affair for Penangites as the buses are not connected to the cloud with an app that will tell citizens in real-time when they should head to the bus stop. Not only will this allows Penangites to use their time more efficiently, in the sweltering heat of a tropical climate, any reduction in wait time at minimally covered bus stops is most welcome.

Drivers will also welcome these two initiatives and have time to ponder, as they wait at traffic lights which are not smart, over why their supposedly high tech state is adopting a snails pace to utilising digital tools to make their lives easier.

Addressing these gaps, Chow tells DNA that the state is doing a lot of things. “We have a facial recognition pilot ongoing that if successful, we will upscale,” he says referring to a smart cameras installed in certain locations to help police identify wanted criminals and enhance security. “We also have a collaboration with Time dotcom Bhd to make Penang Island the first gigacity, maybe in two years time. We have also just identified a vendor to roll out a state-wide smart parking solution as well.” DNA has learnt that the vendor is listed technology provider and systems integrator, Heitech Padu Bhd.

He emphasizes, “We are not sitting doing nothing.”

The state government may be doing something, and the workaholic Chow is known to pepper his speeches with references to how technology is fast changing things and the importance of Penang staying ahead.

In one of his speeches last year, he made reference to the theory of “Reciprocal Determinism”, and how a person’s behavior can be conditioned through consequences in the environment, which then changes the way he thinks and act, and impact his surroundings in a reciprocal way.

However, while aware of the impact of technology, he is also aware it can cut both ways, hence his cautious approach. In another speech given last year at a digital conference in Sept he acknowledged that, “at times, we may seem slow in responding but this is for a good reason. As policy maker, we need to anticipate technological risks to business and society. It is not always about the latest new technologies that promise to change the world, but the most appropriate technology to fulfil the objectives.”

One area where his caution has resulted in some frustration among the business community and tech players is with regards to the Penang Digital Transformation Plan that was submitted to the state government for deliberation and action. Six months have gone by with no decision yet on moving forward.

When asked about that, Chow says the state exco has deliberated carefully on the plan and are about to act. “We have decided to set up a Penang Digital unit in March to spearhead the growth [of its digital initiatives through the Digital Transformation Plan]. We are very serious about this,” he stressed. The search for a CEO is also on.

When I suggested that Penang, as the state with, arguably, the most number of world-class engineers in Southeast Asia and with a base of over 300 multinational companies, many of them global technology and engineering leaders, should be leading the way in Malaysia’s Digital Economy transition, Chow replied by saying that he too once questioned why, when Penang housed the country’s largest solar manufacturer, it was not using solar at all.

“We are a big exporter of LED lights but were not using them at all a few years ago, and I questioned this.”

Things have changed on that front today, and rapidly, he was proud to share. “We are now, finally changing to use LED lights and expect the whole state to be covered is greener, brighter lights within the next two years,” he estimates. The state is currently around 30% covered.

Now that the state is finally moving on its digital transformation plans, perhaps in a few shorts years, Penang will claim its natural position as the leader in Malaysia’s Digital Economy transition.