IT’S not easy being a developer. Back in the early days of personal computers and workstations, the average developer only had to worry about applications that ran standalone on the client machine, or during the early days of the Internet, client/ server apps.

The developer of today, in comparison, now has to worry about building apps that work with multiple browsers, various devices of differing form factors both portable and desk-bound, as well as numerous operating systems that require equally different developer skillsets.

Going forward, that simply means that the developer of tomorrow will need to ensure that the apps they build will be accessible from whatever type of device a user chooses.

Given that smartphones, tablets and laptops are the modern office worker’s preferred productivity tools, that will mean having to design for mobile, first.

On the other hand, where mobile is concerned, the typical enterprise is struggling to cope with the numerous standards, strategies and architectures available, not to mention which device to start development for.

All of this is happening amidst a constantly expanding (and shifting) landscape of devices and user expectations.

There are typically three stages that developers encounter in their enterprise mobile app journey: Denial, Grief, and Acceptance.

The first stage, Denial, is exemplified by a refusal to recognise the need for a robust mobile app strategy.

Unfortunately for them, recent research (by Juniper Research) suggests that the number of employee-owned smartphones and tablets used as part of BYOD (bring your own device) policies will increase to over one billion devices globally by 2018.

Additionally, by 2017, 2.5 billion people will own smartphones, using them both for work and play, according to eMarketer.

Business units are demanding mobile apps to help them win, serve and retain customers, simply because that’s what customers expect to see, thanks to the pervasiveness of the Apple and Google app stores.

It is that seamless mobile experience that employees, partners and customers expect when they access your company’s mobile apps.

The first step to addressing this stage is to ensure that your apps are mobile-ready out of the box.  This can be done by leveraging Responsive Web Design (RWD) principles, which enable your apps to appear and function the way they should, across different screen sizes and platforms.

After you’ve delivered your first mobile app, this is usually where stage two – Grief – comes into play. Delivering the app to your users is one thing, but it’s when the dynamics of the app lifecycle kick in that things really get troublesome.

You might have additional feature requests come in. If your first app was delivered on iOS, there will inevitably be demands that the same be made available on Android devices.

Deploying apps on a diverse selection of mobile platforms can be challenging; even more so when you consider that mobile isn’t really about smartphone access, but more about making your business applications available from any device, anywhere, and in a consistent manner.

This eventually leads us to stage three; Acceptance. More often than not, it will prove to be almost impossible to consistently be able to manage the device type(s) that your users use to access your mobile app(s).

At some point, coherently managing increasing numbers of code-bases becomes an exercise in futility requiring ever higher costs, skills and time.

This can be mitigated to an extent by utilising the hybrid mobile app model, which is a blend of a native shell that provides access to device sensors as well as providing app store appeal, while coming with all the productivity, flexibility and cross-platform capability of RWD apps. The hybrid model also lets organisations use both single app design and code-base.

In combination with the practice of limiting the number of device-specific apps, leveraging on hybrid mobile apps and RWD design can let your IT and developers get ahead of the curve instead of just playing catch-up. 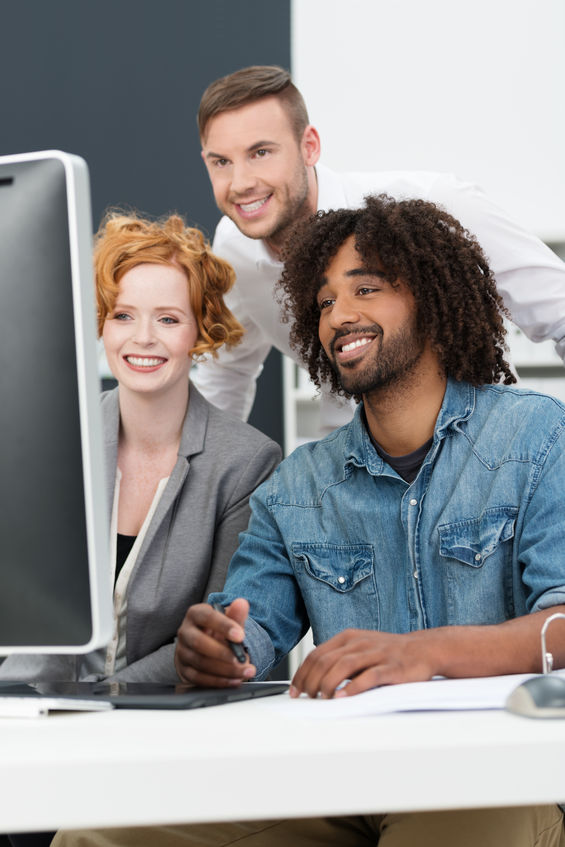 At the end of the day, it is becoming exceedingly clear that a new approach is needed for delivering mobile and customer-facing apps; this can come in the form of a two-pronged strategy.

The first is building on people and processes. Rapid adoption of a mobile app is led by the user experience, and as such, good UX (user experience) skills need to be cultivated internally.

Greater collaboration also needs to exist between the different stakeholders in the process, whether developers, business analysts and users.

A successful mobile strategy is only as good as the sum of its parts. You also need to release apps as early as you can, engage efficiently with users, and in turn be able to tune the apps to users’ needs fast.

The second prong comes in the form of the right tools and technologies. Web and hybrid approaches can easily address 95% of your mobile needs, while isolating native apps as much as possible helps limit the number of code bases and skill sets to be maintained.

The UI (user interface) has to be designed in a way that can accommodate fast change; this lets you detect adoption issues early on, and let your IT implement continuous updates without disrupting productivity.

A similar approach can be applied when implementing backend design to integrate the different data sources and services required. Automation can also help drastically reduce the amount of time spent testing, staging and deploying.

Fast iteration is the key to success, as ramping up user adoption is a combination of delivering apps that hit the mark on the first try, while also being able to react quickly to new and changing requirements.

Getting your enterprise mobile app strategy right obviously isn’t an easy process, but figuring it out can mean the difference between being a follower and a leader.