ANALYSIS IT'S been two years since I last attended VMworld, the annual tech conference hosted by virtualisation and software giant VMware Inc.

That year marked the ascension of Pat Gelsinger, then the chief operating officer of VMware’s parent company EMC Corp, to his current position as chief executive officer (CEO) of VMware.

Gelsinger took over the reins from outgoing CEO and former Microsoft executive Paul Maritz, who is now the CEO of Pivotal Software Inc, another EMC-owned company.

Gelsinger at the time promised to not let growth and size transform VMware into an ‘arrogant’ company, and said he aimed to bring innovation to the data centre space in much the same way Apple Inc has done in the consumer electronics space.

He also said he wanted to fortify the foundations Maritz had built, and saw his role as CEO as being the agent to “accelerate, refine and deliver" on the vision of the software-defined-data-centre (SDDC).

At last year's VMworld, VMware continued building on this SDDC concept, with executive vice president of cloud infrastructure and management Raghu Raghuram claiming in a press statement that the company would enable its customers to build infrastructure that is radically simpler and more efficient, while delivering the agility and flexibility to support the velocity of their businesses.

And in an exclusive interview with Digital News Asia (DNA) in March this year, VMware global president and chief operating officer Carl Eschenbach reiterated the three main focuses of VMworld 2013: SDDC; the introduction of its vCloud Hybrid Cloud Service; and End-user Computing as its areas for growth.

In each of these areas, I’m sure there will be ample updates at this year's conference.

The first obviously is to see how much VMware’s SDDC vision has developed so far, as it aims to virtualise more assets within the data centre beyond merely servers. This should include networking and storage components of the data centre, and may include a few surprises outside of new software products, according to industry insiders.

The second would be to further discover what its roadmap is to providing a form of public cloud service directly to end-users via its vCloud Hybrid Service.

Finally, there are expected to be updates on its recent acquisitions in the end-user computing space courtesy of its takeover of AirWatch for mobile device management, Desktone, for desktop-as-a-service, and most recently, CloudVolumes for real-time desktop app delivery. It comes as no surprise that VMware is banking on these three areas as it makes the leap from being a pure-play virtualisation software player whose wares are used deep in the enterprise data centre, to that of a cloud player.

While it continues to lead in the enterprise virtualisation space, many industry pundits have repeatedly noted that the Palo Alto, California-based company needs to find some other avenues for growth given that the server virtualisation market is approaching saturation point, and that there is an acute rise in competition in this lucrative space.

A Wall Street Journal article in May last year cited an IDC report which noted that in 2012, Microsoft Corp's Hyper-V virtualisation software stack was installed on 27.6% of the new computer servers put into service, up from 20.3% in 2008.

The Journal however noted that VMware was still the dominant company in the market with a 56.8% share, but that had come down from 65.4% in 2008.

Similarly, analyst firm Trefis noted that Microsoft is the biggest threat to VMware and perhaps its greatest competitor in the virtualisation market.

By offering Hyper-V for free to its customers, and with other Microsoft products such as System Centre, the Redmond, Washington-based software giant is clearly scoring over VMware in its existing Windows client relationships, which it has effectively leveraged to gain virtualisation market share, noted Trefis.

Meanwhile, competitors such as Citrix Systems Inc and Red Hat Inc aren’t standing still either, with the analyst firm noting that Citrix’s XenServer and Red Hat Virtualisation Hypervisor are also making inroads due to a variety of reasons.

“In terms of virtualisation, it’s certainly not a one-horse race anymore,” read the Trefis report. 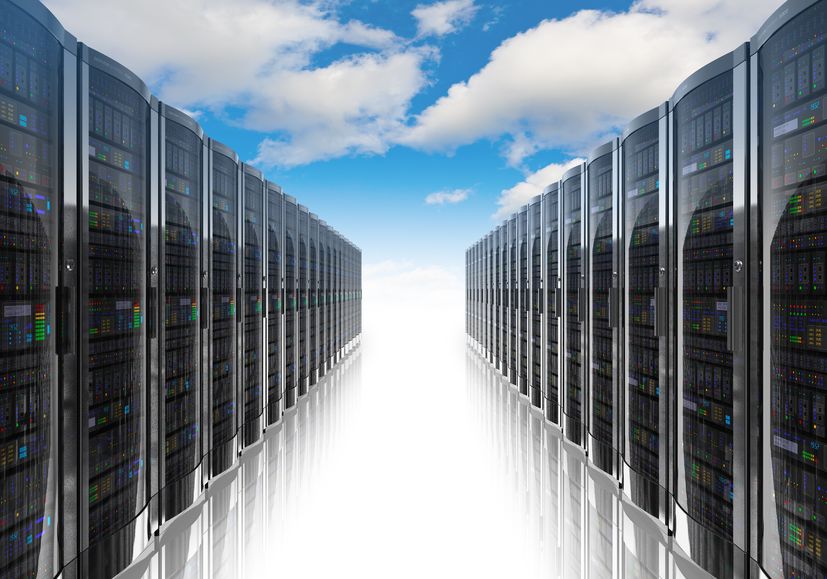 One clear area VMware is betting on for the future is its vCloud Hybrid Cloud Service.

While the name of the service announced last year seems to suggest that it’s some form of hybrid cloud for enterprises, industry commentators however believe the service is closer to a public cloud offering designed to fend off competition from growing public cloud providers such as the likes of Amazon Web Service, Google Compute Engine and Microsoft Azure.

As noted in a blog on The Wall Street Journal, VMware’s vCloud Hybrid Service is a gambit by the cloud player to keep its 500,000 customers from defecting to these rivals.

Quoting Robert Mahowald, vice president of cloud services at IDC, the business daily said, “It’s their rebuttal to Amazon [and other players],” adding the move comes at a crucial time since as chief information officers (CIOs) are beginning to plan their respective hybrid cloud strategies and implementation.

Chris Wolf, Gartner’s lead analyst for VMware, also said, “It’s [VMware] going after customers looking to take more of an inside-out approach to computing and to give them easier compatibility with their existing workloads.”

The move, while a bold one, is fraught with many challenges, rasing questions of how VMware is going to have to tread a thin line offering hybrid/ public cloud services directly to end-users without alienating its extensive network of community partners and resellers.

This is particularly important as VMware’s vCloud Hybrid Services isn’t just a US- or Europe-centric service but a global one, as exemplified by its recent tie-up with China Telecom and Japan’s Softbank , whciuh play in two of the largest enterprise markets in Asia.

This is where VMware’s acquisition of companies like Nicira Inc would need to start paying off as NSX – its network virtualisation product – will be the key to solidifying the company’s SDDC deployment more in the coming years, something Nicira’s cofounder Martin Casado told DNA is expected to happen sooner rather than later.

Finally, a note on VMware’s end-user computing ambitions. Given that it has bet big on Desktone, CloudVolumes, and especially AirWatch (an acquisition to the tune of US$1.54 billion), much is expected from the company from this front. Analysts are expecting some announcements around these areas at VMworld this week.

Michael Warrilow, research director for infrastructure at Gartner, believes that this is where VMware has executed well – better than what it has been able to do with its vCloud Hybrid Service so far – and will be expected to challenge end-user computing pioneers such as Citrix Systems.

“I would say that VMware’s end-user computing efforts are beginning to match that of Citrix's,” he told DNA prior to the conference. “Overall, the company has a strong corporate position and core product family, and a reputable brand, but it will face continual threat from the public cloud players, open source solutions and players such as Microsoft.”