Bread & Kaya: Dear Attorney General Tommy Thomas, we need to speak about our Malaysia cyberlaw and IT laws reforms WHEN s. 114A was introduced in the Parliament in 2012, a protest was held by netizens to urge the Government to repeal s. 114A. The #stop114A campaign was held and Malaysia had it first Internet Blackout Day to protest this section.

s. 114A provides for three circumstances where an Internet user is deemed to be a publisher of a content unless proven otherwise by him or her. The relevant section, namely s. 114A(1), states that “A person whose name, photograph or pseudonym appears on any publication depicting himself as the owner, host , administrator, editor or sub-editor, or who in any manner facilitates to publish or re-publish the publication is presumed to have published or re-published the contents of the publication unless the contrary is proved”.

Clearly, it is against our very fundamental principal of “innocent until proven guilty”.

Currently, many platform providers are vulnerable to be sued or charged in Court for what their users do. For example, an online forum owner would be liable for publishing defamatory statements made by their users pursuant to s. 114A of the Evidence Act 1950. Online marketplace operators may also be sued because their users sold counterfeit products.

S. 43H of the Copyright Act 1987 is a good example on how to deal with intermediary’s liable in respect of copyright infringement.

In this regard, the Sedition (Amendment) Act 2015, which is not in operation yet, should be repealed. The said amendment creates, among others, liability on website operators such as online forums, online news portals, and even Facebook page/ group owners. [Read https://www.digitalnewsasia.com/insights/bread-kaya-how-the-new-sedition-act-affects-netizens]

Specific laws to govern blocking of websites or other electronic platforms.

All blocking orders should be made public and their detailed reasons to block websites. Currently, there is no public list other than one independently maintained by Sinar Project and reasons given are usually one-liners (e.g. in breach of s. 233 of the Communications and Multimedia Act 1998).

However, there could be specific websites which need not be reviewed due to national security issue, among others. As we all know, blocked websites can still be accessed via other means.

Blocking orders should also be made by the Courts rather than the arbitrary decision of the Minister. The current s. 263 of the Communications and Multimedia Act 1998 is used by the Ministry of Communications and Multimedia to direct internet service providers to block platforms in order to prevent the commission or attempted commission of an offence under any written law of Malaysia. In the past however, we have seen websites being blocked due to political reasons e.g. medium.com and bersih.org.

The Anti-Fake News Act 2018 and Sedition (Amendment) Act 2015 have provisions for websites to be blocked by way of application to the Court. All these blocking order sections and s. 263 of the Communications and Multimedia Act 1998 should be replaced with one single law to govern blocking of electronic platforms.

The law should also allow any person such as users of the platforms to challenge any blocking orders. When the previous Government decided to block medium.com, as far as I know, the site owners did not file any challenge in Court to unblock their website. Many netizens were denied access to informative and educational content from medium.com. There were no specific laws allowing them to challenge the block. They were also unsure if they could meet the threshold to file an action for judicial review.

Specific channels to allow litigants to obtain information about wrongdoers

In the present case, a person who wishes to obtain information about another person, for example another Facebook user who had defamed or harasses him, would need to go through a long and expensive process to obtain such information. Normally these wrongdoers will use platforms provided by foreign companies to attack another user.

It would be ideal if a straight forward process be made to such person to obtain such information. For example, filing a request to the Government for it to request the same from the platform providers.

S. 233 of the Communications and Multimedia Act 1998 (which is similar to s. 211) has been used by the previous administration against dissent. The Bar Council has called for the repeal of Section 233(1)(a) of the Communications and Multimedia Act 1998 as it is a serious encroachment on the freedom of speech and expression guaranteed by Article 10(1)(a) of our Federal Constitution. I concur with the Bar Council on this.

However, I suggest that new laws be introduced to stop contents which can cause hatred and disturbance about certain individuals or organisations. We cannot have people sending fake messages which can cause a riot, for example.

Many calls have been made to repeal the Anti Fake News Act 2018, which came into operation weeks before the 14th General Election. One person has been sentenced and many have been investigated for spreading fake news. Prime Minister Dr Mahathir Mohamad has confirmed that this Act will be repealed.

Notwithstanding such calls to repeal the law, I am of the view that there should be laws to curb the creation of fake news especially those created to stoke racial or religious sentiments. Note that s. 233 of the Communications and Multimedia Act 1998 requires a communication to target a certain person. Fake news may not necessary be targeting a certain person. It could target a race and a place, for example.

Revamp of the Admissibility of Electronic Evidence

Currently, almost every document printed by a computer is admissible under s. 90A of the Evidence Act 1950. This section should be examined to define clearly on what admissible and not admissible.

The Court's electronic system should also be upgraded to allow the admissible of all forms of electronic media such as songs, videos and animated files. Currently, lawyers have to burn those evidence in a CD to be filed in Court. This defeats the open justice system where all Court proceedings are accessible to the public.

New laws should be introduced to criminalise cyberbullying, stalking and harassment. It is noted that this type of acts these days are not made directly against a person.

Government should also study the criminalisation of maintaining cybertroopers. Many organisations in the world including Governments use the services of cybertroopers to attack individuals. They would send threatening, harassing or annoying messages, posting private information of that individual and create fake content about that individual.

Lastly, what we need is meaningful and effectively consultation with the Government. The previous administration had basically shoved us with laws with little consultation. I remember when our #Stop114A team went to meet the then Deputy Minister of Law, V.K Liew, to hand in our petition to repeal s.114A, he said that the Bar Council needs professional advice. I trust that the new Government will make a wise choice in deciding the right people for the right job. 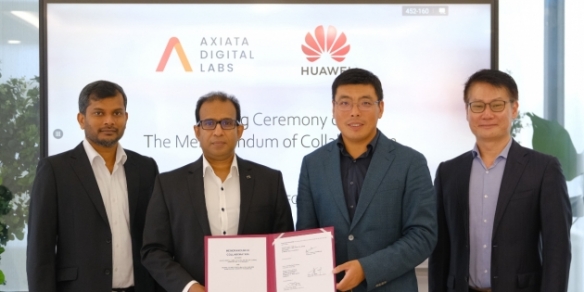