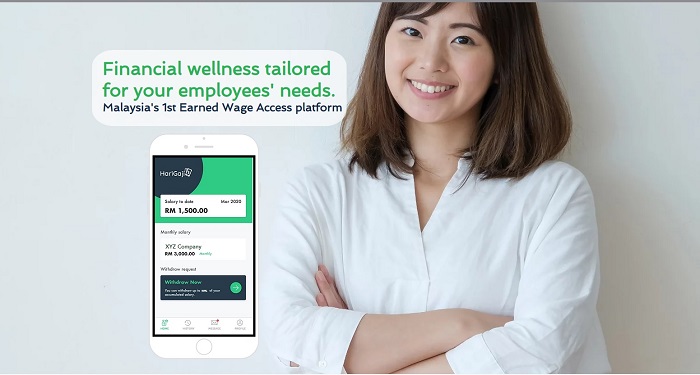 Five social enterprises (SEs) in Malaysia have become the first recipients of a funding boost through the Social Impact Matching (SIM) Grant, which will be disbursed by the Malaysian Global Innovation and Creativity Centre (MaGIC).

The US$2.45 million (RM10 million) grant, an initiative under the Malaysian government’s Short-Term Economic Recovery Plan (PENJANA), aims to support local SEs and other social impact businesses to sustain their initiatives and programmes during the Covid-19 pandemic.

This is on top of helping SEs harness their capability to fundraise, increase public awareness in social innovation and scale their solutions for good social and/or environmental outcomes

Among the successful applicants are E-waste Recycling Through Heroes (ERTH), Pinkcollar, GoodKids, OA Organic and HariGaji. The SIM Grant will be deployed via a 1:1 matching mechanism, and made available to eligible applicants with successful crowdfunding initiatives.

“I am delighted that these SEs are getting the financial assistance that they deserve. They have done a lot of good, but they are also impacted by the effects of COVID-19 as well. With the additional funds, we hope they will continue with their noble missions,” says MaGIC chief executive officer Dzuleira Abu Bakar.

To date, MaGIC has received 76 applications since the grant was launched in September by Science, Technology and Innovation Minister Khairy Jamaluddin. Dzuleira expects the number of applicants to grow in the coming months as they need to fundraise before qualifying for the matching grant.

She also called on more corporate and individual donors to support SEs in making a positive social and environmental impact. “By helping them raise funds, they would also qualify for the grant. In essence, you are doubling their resources,” she says, adding that donors of successful SIM grantees will also qualify for tax incentives. One of the applicants, ERTH, has successfully collected more than 200 tonnes of e-waste since its founding 2016. Diverting e-waste from the landfill and recycling it instead, prevents toxicity leakage and precious materials wastage. ERTH has raised RM50,000 from donors and will receive another RM50,000 from the SIM grant.

“With the funds raised, we plan to expand our digital platform reach and increase our collection rate in Peninsula Malaysia, particularly urban centres like the Klang Valley,” says ERTH founder Mohamed Tarek El-Fatatry.

OA Organik, a fair trade community enterprise which partners Orang Asli communities, successfully raised RM250,000 and this will be matched by the SIM grant. It has partnered with more than 36 orang asli organic farmers, helping to uplift their livelihoods by providing capital, training, technology and marketing support. This results in sustainable income for the community.

“We will continue to upskill Orang Asli farmers on organic agriculture techniques, as well as help them to scale their productivity,” says its general manager Kon Onn Sein.

Pinkcollar, which crowdfunded RM30,000, aims to reduce the systemic exploitation of workers from recruitment debt bondage by exercising a zero-placement-fee policy and no salary deductions. It has impacted at least 80 migrant workers in the past and plans to improve job retention of marginalised communities, such as the Orang Asli in Peninsular Malaysia, to sustain their livelihood.

GoodKids, on the other hand, have impacted more than 500 youths at-risk from marginalised communities by using performing arts to build their confidence. It crowdfunded RM8,248 and plans to empower more youths at risk in Klang Valley through digitalised content.

Meanwhile, HariGaji empowers employees by giving them financial security and financial freedom through a platform that allows them to get their earned wages early, free of any interest while promoting good financial habits. With the RM20,000 crowdfunded, it plans to develop an online financial management tool for urban B40 youths.

Similar to ERTH and OA Organik, the sum crowdfunded by Pinkcollar, GoodKids and Hari Gaji will be matched by the SIM Grant.

The SIM Grant application is open for a period of 12 months from launch or upon full disbursement of RM10 million, whichever comes first. For full terms and conditions of the SIM Grant and tax incentives, including the effective date, how the tax receipts will be disbursed and capped amounts, please visit here.