CLOUD and virtualisation specialist VMware Inc has introduced new initiatives that will extend its technology and philosophy beyond the server, and a new hybrid cloud service that it said can help customers get out of public cloud lock-in.

Virtualisation creates virtual versions of computer resources, from hardware and storage to operating systems, effectively extending those resources with the use of software. VMware, founded in 1998 and acquired by EMC Corp in 2004, was a pioneer in virtualisation technology for computer servers based on Intel Corp’s x86 architecture, and believes it can now bring those benefits to the rest of the IT landscape. 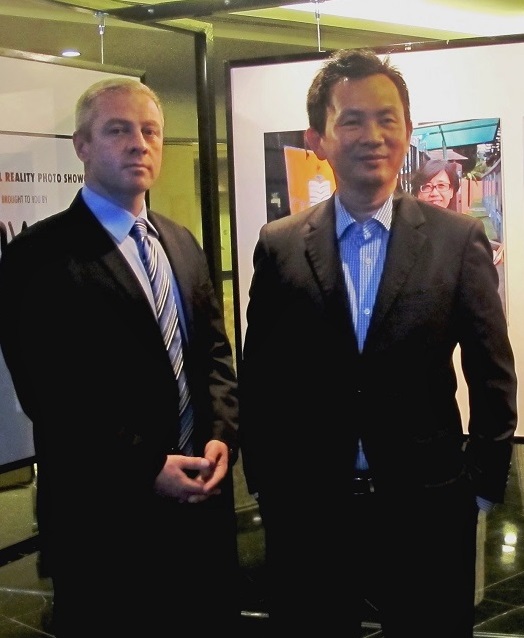 The company announced new network and storage virtualisation solutions at its annual VMworld conference in San Francisco in August, part of what it described as a software-defined data centre move it unveiled a year earlier.

“Moving forward, we believe that the software-defined data centre is going to disrupt the technology landscape as much as server virtualisation has done,” said VMware Malaysia country manager Laurence Si (pic, right).

That disruption has come in the form of not only tremendous cost-savings, but also increased business agility, claims VMware Asean vice president and general manager Jon Robertson (pic, left), armed with customer testimonials and case studies.

“This is no longer a cute little technology where you can take 100 servers and cut it down to 10. Customers are beginning to realise that there are much bigger benefits than just the cost savings, and that they can deploy new applications and products much more aggressively and quickly,” he told a recent media briefing in Petaling Jaya.

“Our biggest customers are not just using virtual machines but are building their application platforms on top of VMware,” he added.

Robertson gave as an example OCBC NISP in Indonesia, which is 80% virtualised. “Typically, in the ‘physical world,’ one administrator can manage perhaps 30 to 60 servers depending on the applications; OCBC has two people managing 900 servers, which has turned out to be a huge competitive advantage for them.

“They were an early adopter, and saw themselves saving millions in terms of operating their data centres, but what they’re seeing now is that they can open new bank branches outside of Jakarta much faster than their competitors because they can deploy applications quickly.

“They can open a new office within 48 hours, from an IT perspective; this used to take weeks or months, now they can just turn it on,” he said, snapping his fingers. “They’re gaining market share.”

Palo Alto, California-based VMware recorded US$1.29 billion revenue in the third quarter 2013, a 14% growth year-on-year growth, and annual revenue of US$4.61 billion in fiscal 2012. It has 14,000 employees worldwide and is considered the fifth largest infrastructure software company in the world.

The company reported 19% year-on-year revenue growth. “In Asean, we’ve been growing at twice that rate,” said Robertson, adding that in the region its markets include Indonesia, Malaysia, the Philippines, Singapore, Thailand and Vietnam.

“It’s a less mature market, but the growth rate is still phenomenal,” he said, adding that the company is investing a lot of resources in the region, but declining to be more specific except to say he has added 150 people to his headcount.

“With all the virtualisation already present in the world, we’re starting to see interesting developments,” he added. These developments are happening around what VMware calls the three phases of virtualisation, a model it has been using for a few years now to explain its technology and its benefits.

The first phase is when companies just want to cut down on the number of servers they use, usually as a simple cost-saving measure. And because they usually have legacy infrastructure in place, they would roll out virtualisation in the test and development and IT production environments.

“Pretty much everybody starts here – essentially in low-risks areas, to get used to the technology,” said Robertson.

“This is about 30% to 40% virtualisation. Customers typically see an ROI (return on investment) within 12 months, and a 50% to 70% reduction in data centre costs – which are basically hardware, electricity, maintenance and floorspace – within a three-year period,” he added.

As they start to see virtualisation working, as well as its cost and resource-freeing benefits, customers start experimenting with more areas in their IT environment in Phase 2 and move into mission-critical functions.

“Here, you start to see a 60% to 80% cost reduction, and the value of virtualisation starts to shift from pure data centre cost savings and into improved agility in the business,” said Robertson.

“When customers reach this stage, then it’s no longer just the CIO (chief information officer) paying attention, but the CFO and CEO (chief financial and executive officer) begin realising that virtualisation is helping them drive the business,” he added.

With the C-Suite on board, virtualisation becomes strategic and the organisation is ready to move into Phase 3.

“As you get to 80%-90% virtualisation, you realise that you’re getting a different style of management, and into automation – and what I mean by automation is creating an Amazon Web Services or Microsoft Azure kind of environment within your IT infrastructure … IT as a service,” said Robtertson.

Pretty much all VMware customers go through these three stages. When asked how long it would typically take a company to move from the first to the third phase, he said that it would depend on a number of factors, including how extensive that company’s IT infrastructure was.

“Citigroup is probably one of the most virtualised banks on the planet, and it took it 10 years to make that journey to full virtualisation, but that’s because it had 300,000 servers around the world.

“I’ve had a new-generation startup in Japan that went from zero legacy to 100% virtualisation in six months because it built its infrastructure from scratch,” said Robertson.

“In Malaysia, the jump from Phase 1 to 2 and 3 in the past year has been happening more quickly than in other countries,” said Robertson.

“There has been a major shift in the last 12 months – we’ve been having CIO events from two year ago, and they were saying stuff like ‘This is interesting, but we’re not ready yet. Now they’re telling us they want to build a cloud or be 80% virtualised in 18 months!” he added.

According to VMware Malaysia’s Si, the growth potential for the country is tremendous, with IDC estimating that 12% to 15% of servers in Malaysia are virtualised, although he could not say at what phases of virtualisation they were at.

Next page: Software-defined everything else, and escaping Hotel California