TM caps off great year with ‘ayes’ to all AGM resolutions 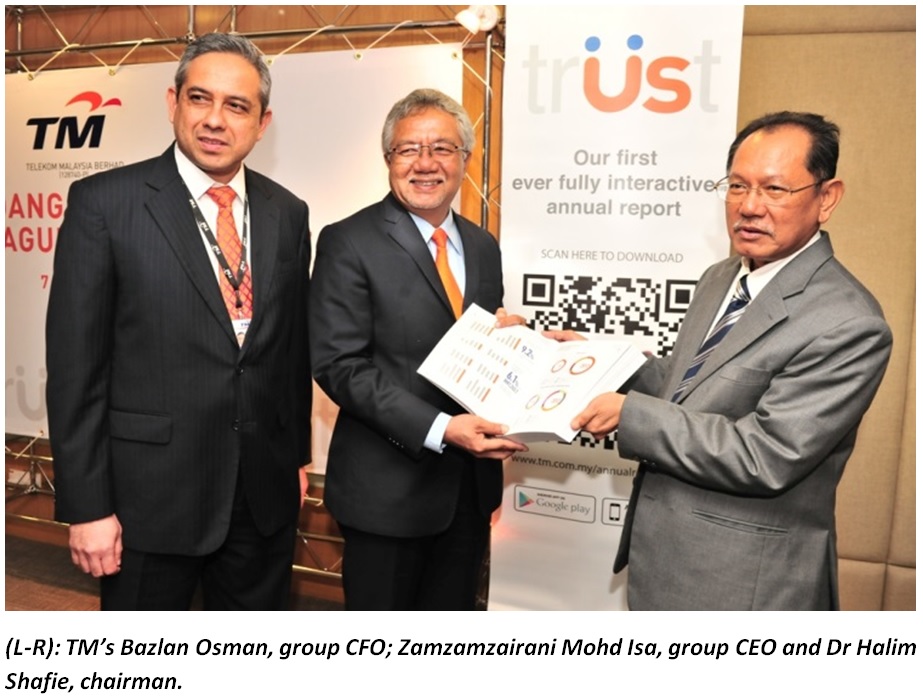 TELEKOM Malaysia Berhad (TM) said its shareholders approved all the resolutions proposed at its 28th annual general meeting (AGM) held May 7, adding that more than 2,000 shareholders attended to vote for the 11 resolutions that were tabled.

“It has indeed been a tremendous year in 2012,” said its chairman Dr Halim Shafie. “Last year, we surpassed the commitment set out in the Public-Private Partnership (PPP) agreement with the Government of Malaysia under the high-speed broadband project.

“Our UniFi service now has close to 552,000 customers on the back of 1.39 million premises passed covering 102 exchange areas, which translates to around 38% take-up rate, going beyond global benchmarks of similar service roll-outs,” he claimed.

TM approved all the resolutions presented at the AGM, including the proposed final single-tier dividend payout of 12.2 sen per ordinary share of approximately RM436 million, the re-election and re-appointment of directors, increase and payment of directors’ fees, re-appointment of Messrs PricewaterhouseCoopers (PwC) as auditors, and the ‘Proposed Renewal of Shareholders’ Mandate for Recurrent Related Party Transactions of a Revenue or Trading Nature.’

“With this, TM has not only met our dividend commitment to our shareholders year after year as promised … we have exceeded the RM700 million payout mark or 90% of the normalised PATAMI (profit after tax and minority interest), with a total 2012 payout of RM787 million,” he added.

The payout of the final single-tier dividend will be made on May 27, TM said in a statement.