ENTERPRISES can experience double-digit savings on their IT operational and capital expenditure (opex and capex) if they spend some time understanding the root cause of any application performance issue, according to Dynatrace, formerly Compuware APM.

Dynatrace Asean regional director Koh Eng Kiong said that companies, when facing IT application issues, usually go for the “popular option” of upgrading their IT infrastructure.

For example, all banks have some type of loan originating system. Typically, the system can determine how much of a loan the bank can approve once key details are input.

“So, if the system is able to handle 30 requests a day per person normally, after a while, when the system slows down, it may only able to do 10 requests. When that happens, most of the time, the bank will upgrade their network or other infrastructure, or do a technology refresh,” said Koh.

“Those [steps] do not necessarily address the root cause, not all the time,” he added.

Koh said that when a system, application or website is slow, there are usually various contributing factors. These may include the code, or perhaps even having too much information on the website (such as too many pictures or widgets).

For example, when it comes to a slow website, most companies may decide to increase bandwidth or upgrade their network. However, this decisions may not work all the time.

“If I have a three-lane highway, and I expand it into a five-lane highway but I am still using the same car which I have not sent for servicing for the past one year, can I expect the car to go faster?” said Koh.

In this case, the car represents the application, while the highway represents bandwidth or network infrastructure, he said.

By finding the root cause of the performance issue, Koh said a company could save at least 10% of its annual IT capex and opex.

“It saves capex because once you understand the root cause, you may be able to delay your upgrading by another year or two. Any delay in infrastructure upgrade is a cost saving.

“In terms of opex, it is also proven that once you find out the root case, fixing it is usually a lot faster and cheaper,” he said.

He also cautioned that upgrading may sometimes result in a worse scenario.

“Sometimes, we get customers who say that their IT application’s performance became worse after upgrading. This is possible because when you are upgrading, you may misconfigure something – this results in things going from bad to worse,” he said. 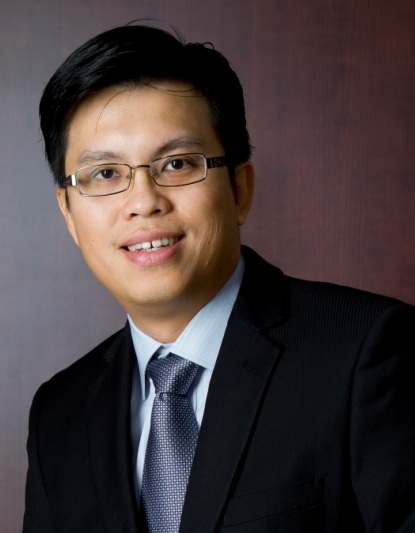 Not fully optimised for mobile

Dynatrace, an application performance management (APM) company, was once known as the APM business unit of Compuware Corp, a company more popular for its mainframe solutions.

Compuware recently made headlines after equity investment firm Thoma Bravo agreed to buy the company outright for approximately US$2.5 billion.

Globally, Dynatrace has over 5,700 customers. Although Koh (pic) did not want to reveal the exact number of customers in Malaysia, he said that there are easily more than 100 customers in the country.

Meanwhile he said that while today it is quite common for companies and service providers to have their own mobile apps, not many of these apps are fully optimised for mobile yet.

“In Malaysia, many banks have their own mobile app. However, most of these apps can’t do all the things one can do on a website.

“For example, some mobile apps do not allow one to add or manage their ‘favourite list’ – which means, you cannot transfer money to someone who is not on the list via mobile phone,” he said.

“Basically, most users can’t do everything on mobile yet,” he added.

Koh believes this will change dramatically over the next few years because mobile devices have become increasingly important in most people’s everyday lives.

However, this may lead to a mad rush resulting in a “vicious cycle,” he said.

“The concern is that enterprises, with the aim of implementing a mobile strategy, will rush into developing applications. Also, during the mad rush, companies may end up focusing too much on getting more functionality to appear on mobile devices.

“During such a process, the concern is that they may forget about performance, so when the application slows down, they may opt for upgrading the infrastructure instead understanding the root cause of the performance issue, and the vicious cycle may continue,” he warned.