A SENIOR executive at the Multimedia Development Corporation (MDeC) is set to take over the reins as the president of Fujitsu Malaysia, according to several people familiar with the matter.

Warren had spent 18 months in MDeC where he led the Shared Services and Outsourcing (SSO) cluster of the Multimedia Super Corridor (MSC Malaysia) project, and also drove certain aspects of the national IT agenda related to the SSO cluster.

According to MDeC sources, he has also been overseeing MSC Malaysia’s Infotech cluster since its previous director Dinesh Nair left last October to join Microsoft Malaysia.

At Fujitsu, Warren will succeed industry veteran Charles Lew who left in May to become the head of one of the many companies in the Sunway Group, according to a source.

The Sunway Group is a Malaysian conglomerate which has interests in construction, ICT and property development, among other businesses.

Back to the corporate grindstone

Warren will now have to adjust from pushing a national transformative agenda to one that is mostly about pushing quarterly revenues.

He will lead a 250-strong company that offers end-to-end services ranging from IT infrastructure, networking, business applications, managed services and cloud computing to an end-user business.

Compounding the pressure is the fact that Warren’s last stint as a head of a technology multinational was between October 2005 and April 2008, when he led Anglo-Dutch IT services company Logica Asia.

His first task would be to fill in the big shoes of Lew. Last October, Fujitsu had said it was on track to achieve its yearly revenue growth targets thanks to the Malaysian Government resuming investments in the education and public sector space.

Lew had then said that based on its sales bookings, backlog orders as well as what was already in its sales pipeline, Fujitsu was confident of achieving such growth despite the challenging times globally.

Lew, who holds a Computer Science degree and is a certified public accountant, has been credited for bolstering Fujitsu’s revenue by about three times since he took over the helm in 2009, according to an industry veteran familiar with Malaysia’s IT landscape. Speaking to DNA on condition of anonymity, the executive said Lew (pic) was instrumental in this growth and that he achieved this by scoring big wins in the enterprise and public sector verticals.

“At that time, the majority of Fujitsu’s revenue came from servicing Japanese accounts,” said the industry executive. “Lew managed to tap into the enterprise and public sector space to grow revenue.”

When asked what Warren’s challenges would be as he seeks to take over from Lew, the executive said that he would face three main challenges.

“Many in the old team in Fujitsu have left and his first challenge would be to rebuild the team and hire experienced executives who can do the job of meeting [sales] numbers.

“Secondly, although Fujitsu has done well so far in public sector deals, these projects may not produce a ‘replicable revenue base’ as such projects would need to re-tendered.

“Since the company’s incremental revenue hinges on these deals and since re-tendering means going through the process of re-competing with other vendors for the jobs, any failure to win further deals would affect its top and bottom line.

“Lastly, a lot of business is about building relationships with customers. The challenge for him [Warren] is whether he can do this effectively after having been out of the game for a while,” said the executive.

However, boosting his chances of doing so are his reputation for being a strategist and his industry pedigree.

After graduating from the University of Waikato in 1984, Warren joined the New Zealand subsidiary of US technology giant Digital Equipment Corporation (DEC), which is credited for creating the minicomputer revolution that took a big chunk out of the market-share of mainframe giants such as IBM and NCR.

He returned to Malaysia after a few years but remained with DEC in its local subsidiary until 1994, when he became the Malaysian country head of networking giant 3Com Corporation.

In 1998, DEC was acquired by personal computer giant Compaq Computer Corporation, which later merged with Hewlett-Packard.

Warren went on to lead a range of different companies before joining MDeC. In his LinkedIn profile, he lists his extensive government and commercial network across South-East Asia as amongst his core competencies.

Also in the list were skills such as people relationship management, and the formulation and execution of corporate and business strategies.

One of his recommendations in his LinkedIn profile comes from the former chief information officer of U Mobile Sdn Bhd, Shekila Ramalingam, who described him as “one of the calmest and most well-grounded leaders” she has worked for.

Warren, she said, has a “fantastic way with people, always having a clear direction and passion for the business, and is a well-respected leader.” She had worked with him at Logica.

His former colleague at DEC, V.S. Lingam, who had left the company to become Apple’s first country manager in Malaysia, describes Warren as a “very trustworthy and reliable person. You can always count on him to deliver.”

Still, Warren will have his work cut out for him, as he will have to find the right mix of people and deals in order to be successful in the next phase of his career. 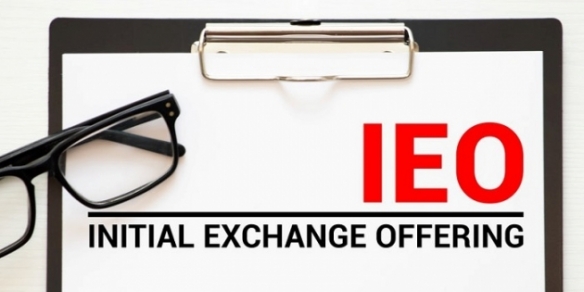