Malaysia may be losing its mojo as investment destination

IN THE eyes of Japanese investors, Malaysia may not be as sexy as it was during the 1980s or 1990s, said a top official of Hitachi Sunway Information Systems Sdn Bhd (HSIS).

According to Cheah Kok Hoong (pic), the group chief executive officer, Japanese firms invested in 806 companies in Malaysia in 2012.

The number is significantly lower than most of its regional peers that year. For example: Japanese firms invested into 1,777 companies in Thailand and 1,069 companies in Singapore, he said, citing various sources.

“The data speaks for itself. Is Malaysia still a good place for investment? Perhaps in some areas, but not in all areas anymore,” he told a media briefing on May 19.

“Without doubt, our regional expansion plan will play a key role in our growth over these two years,” said Cheah, also the chairman of the National ICT Association of Malaysia (Pikom).

Even though HSIS is continuing to expand to other parts of the region, Cheah believes that Malaysia will remain its single biggest market over the near-term.

“However, that whole equation may change in the longer run. For example, we are seeing a lot of potential in Indonesia, where there is a lot of demand for system integrators, data centres and so forth.

"So, will our overseas business surpass the Malaysian business? Maybe, but not so soon,” he added.

In order to grow the overseas market, Cheah said that HSIS is likely to target small and medium enterprises (SMEs) during the early stages. Once it builds its rapport, it will then look into penetrating the enterprise segment.

“It is not that straightforward when comes to the other markets; it takes a bit of time before you can really penetrate these markets,” he said.

In terms of customer segments, HSIS’ main focus in 2014 will be on growing its financial services industry business, followed by oil and gas, manufacturing, as well as the architecture, engineering and construction industries.

Besides expanding its regional footprint, HSIS is also hoping to provide more services to its customers as part of its efforts to be a “one-stop centre,” said Cheah.

“Technology has becoming a key part for businesses today, and we believe we can be the one-stop centre for their technology needs.

“For example, in the past, when a company wanted to set up a data centre, it may just come to us for network solutions. Now, we want to offer them a wider range of solutions,” he said.

As part of its efforts to become a one-stop IT solutions provider, HSIS has made several strategic collaborations to strengthen its solutions portfolio, Cheah said. One of the most recent partnerships is its tie-up with SAP Ariba.

“Today, for most enterprises in Malaysia, IT systems infrastructure is already a given basic foundation for business operations. However, with the advent of big data and mobility, these enterprises are now focused on optimising their existing infrastructure to improve productivity and lower cost to meet fast-changing market dynamics.

“Hitachi’s fee-based cloud offering facilitates this by allowing the effective delivery of IT solutions and services on a fixed monthly fee, rather than usage-based billing. This reduces customers’ capital expenditure significantly,” he claimed.

Cheah said that the fee-based cloud offering may also help HSIS expand its footprint in the SME market.

“Today, about 60% of our customer base comprises the enterprise segment. Clearly, there’s a lot of potential in the SME [space],” he said.

The changing face of technology services 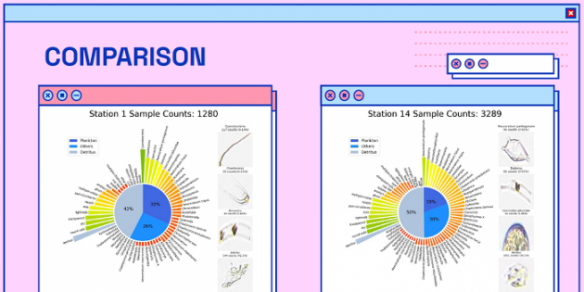