ALTHOUGH Dell Inc can be considered a new player in the software space, it believes its software division can make an impact on the market and continue to grow in an ultra-competitive landscape.

According to Dell Software managing director for South Asia Matthew Johnston (pic), one of the key areas it will leverage on is parent company Dell Inc’s positioning as one of the few companies that can offer end-to-end solutions to enterprise customers.

“Today, a business would usually have to go to five different vendors to get 15 to 20 pieces of software. When these companies buy these things independently, from different vendors, it can lead to challenges like support availability and account management.

“When you have a single vendor, it makes it so much easier for organisations to deal with this,” he told a press briefing in Kuala Lumpur recently.

Dell Software was formed in February 2012, with John Swainson named as president of the division in March that year.

Swainson was previously senior advisor to global private equity firm Silver Lake Partners, and prior to that, the chief executive officer of CA Technologies Inc. He had spent a big bulk of his career with IBM, including seven years as the general manager of the Application Integration Middleware Division, a business he founded in 1997.

“Over the past 10 years, Dell has transformed into an end-to-end service provider, and software was sort of the last piece of the puzzle … and that happened in 2012,” said Johnston.

“Security is the top seller right now, and I think it is going to play an even bigger role going forward,” Johnston said.

He said that businesses are expected to take on more types of applications from different vendors, and this may pose a challenge for their users.

“So if you have written down 14 passwords and stuck the list on your monitor, it immediately becomes a risk.

“This is one of the areas where we can come in. We can facilitate single-sign on in an easy-to-use way while maintaining integrity and security. Instead of using passwords, we may use biometrics data such as a thumbprints or [retinal scans],” he explained.

Johnston said he also sees potential in data protection, although he admitted that it is one area that Dell Software may not be so “well-known” for in the market.

“Nevertheless, our technology is really good and really strong,” he claimed.

With the amount of data growing at an exponential pace and businesses having longer operating hours, companies will now need to back up more data within shorter timeframes.

“The backup scenario used to be businesses having to handle 1-2TB (terabytes). Today, they have to deal with at least 40TB, and the window in which to back this up is reducing too,” said Johnston.

To address this challenge, Dell Software has a deduplication appliance, the DR6000, which comes bundled with its newly-launched backup software NetVault Backup 10. With this combo, users can achieve a backup speed of 22TB per hour.

He said that a lot of the large banks in Malaysia are already using its database and application monitoring solutions, while some of the large conglomerates are using its security solutions.

“According to a Gartner report of its July 2013 study of global IT spending, the enterprise software spend in Malaysia was forecast to hit RM3.3 billion for 2013 and is expected to grow this year,” he said.

“So, there are huge opportunities in Malaysia alone,” he added.

Although a significant portion of its software customers are not using Dell hardware, Johnston does not feel discouraged.

“In fact, I see this as an opportunity for the group to offer more solutions to our customers. For example, we have quite a number of customers with relationships with other hardware vendors – in such cases, we support them by supplying software and hope to build that relationship over time.

“When the time comes for them to refresh their hardware, we will have the opportunity to have that conversation with the customer,” he said. 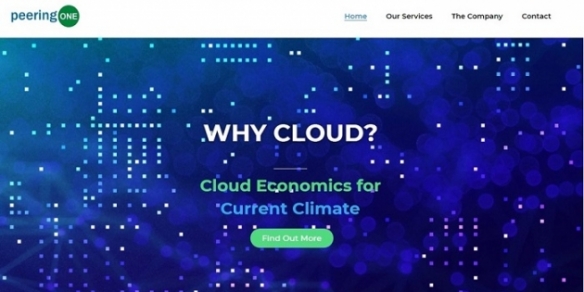