CLOUD computing is shifting away from the IT departments and into business units as more organisations see it as a way to deliver services, according to Oracle Corp executives.

Speaking to the media after a recent Oracle Cloud Day event in Kuala Lumpur (KL), Oracle Malaysia country manager of Applications, Nik Feizal Haidi Hanafi (pic), said that two years ago, such a cloud event would have attracted IT staff only, including chief information officers (CIOs).

“Now however, we have a lot of CFOs (chief financial officers) coming; their minds are much more open now. They’re realising that how they respond to the market is going to depend on what kinds of services they can offer.

“The cloud is shifting away from the IT guys,” he added.

Oracle is seeing that shift away from IT in its own user community. In a survey of 364 Oracle Application User Group (OAUG) members, a sizable portion of them reported that LOB (line of business) deployments of cloud technology are on the upswing.

“At our [KL] event, I asked how many of our 200 audience business members were from business, and about 30% put up their hands,” said Doug Hughes, Oracle's vice president of Application Development and Product Management for Asia Pacific including Japan.

“Two years ago, we would have only got IT guys,” he added. “Business units are buying their own services, which can break years of IT policy. IT and business now have to be true partners.”

Hughes said that what he sees happening now is that CIOs can go into a room full of all the line managers, and ask who wants new software.

“Finance will almost always say no, but Sales and Marketing always want new services,” he chuckled, adding that with the cloud, deployment of new services and software need not have to be part of an end-to-end revamp.

“You can get new services up and running in a couple of months, then move on to the next LOB. Now, this business relationship exists, of delivering software on a rolling basis,” he added.

Hughes noted however that mature and emerging markets are approaching cloud computing differently.

“Emerging markets are seeing the cloud as a way to get in cheap and to get in quick, as a way to be more agile – they don’t have to go out and buy hardware and software, and build teams to manage it. They can go in very quickly and supply enterprise software which the biggest companies in the world are running, and offer it as a service,” he said. In Oracle’s view, there are some major trends driving this change, and boosting cloud computing adoption.

The first would be the ‘Internet of Things’ (IoT). “There are nine billion Internet-connected devices out there now, more than one device per person, and according to various reports, there will likely be 50 billion such devices by the year 2020,” said Hughes (pic).

Such devices may be refrigerators and other home appliances, all of which are increasingly being connected to the Internet. “The Internet of Things is going to drive a lot of change,” he added.

Then there is the data explosion, said Hughes, citing studies which have shown that 90% of the data that exists today did not exist two years ago.

“That’s scary, that’s massive. This year, the data will growth about 90% from last year. This is Moore’s Law on an entirely different scale,” he said, referring to microprocessor pioneer Gordon Moore of Intel Corp, who predicted that microprocessor power would double every 18 months.

Much of that growth in data is coming from social networks, which is another area that businesses have to address.

“How do businesses harness this? How do they make sense of it? How do they respond to negative comments on social media, and resolve problems?” said Hughes.

Third, there is mobility. “There are six billion mobile subscribers in the world right now. In May 2012, India became the first country in the world where mobile usage [to access the Internet] became more prevalent than desktop usage.

“We’re increasingly using our mobile devices to interact, to do our shopping and various other things. This is driving a dramatic change in IT,” he added.

The fourth big driver is social media itself, while the fifth is companies wanting to get away from legacy systems and their high cost not just in budgets but also human resources.

“We’ve got programming languages that hark back to the 1960s and 1970s, and which require programmers with years of experience,” said Hughes.

He noted industry estimates that 80% of what is spent on IT is spent on “keeping the lights on” or maintaining existing systems. “There is not much money left to go out and compete.

“Yet competition is now global; it’s no longer just the company next door which has the same systems as you. It’s someone else out there who is nimble and agile.

“Given that about 5% of an enterprise’s budget is spent on IT on average, although this varies by industry, this means an overall 4% of a corporation’s entire budget is doing nothing,” he said.

Most Malaysian companies, including small and medium businesses (SMBs), are cognisant of these changes and looking to the cloud to tackle them, according to Nik Feizal, although there were still concerns over reliability and security.

“Many are still under the impression that the cloud is not secure or reliable, but that’s what Oracle can promise – we come from the enterprise space, and it’s in our interest to ensure that our cloud offerings are just as secure and reliable as our [on-premise] enterprise offerings,” he said.

Noting that there are three models of cloud computing – private, public and hybrid – as well as three main types of services (Software as a Service or SaaS, Platform as a Service or PaaS, and Infrastructure as a Service or IaaS), Hughes said “Oracle is the only company that can deliver all of this, top to bottom – from storage and database to the applications themselves.

“Our SaaS sits on top of our PaaS which sits on top of IaaS – it’s like buying car, where all the parts are engineered to work together; we don’t offer only bits and pieces,” he added.

The company also said that worldwide, it has more than 10,000 customers and more than 25 million users that rely on Oracle Cloud every day.

Operational silos the bane of cloud use in business: Oracle study 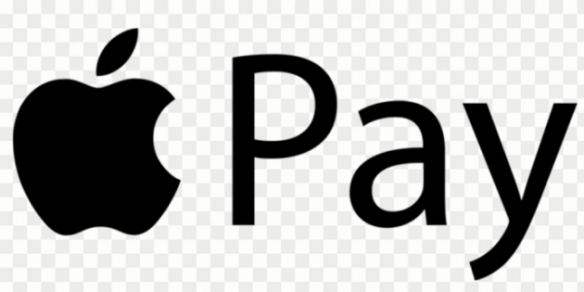