CITRIX Systems has announced the appointment of Parag Arora (pic) as area vice president for the newly united India and Asia sales region.

The company also announced the appointment of Ravindra Kelkar as area vice president of application delivery and security for Citrix in the Asia Pacific and Japan (APJ) region.

In a statement, Citrix said Arora is responsible for Citrix’s business in India and subcontinent, Korea and the Asean markets and reports directly to Colin Brookes, senior vice president, sales and services, Asia Pacific Japan (APJ) at Citrix.

He is tasked with accelerating revenue growth and strengthening Citrix’s leadership position across the region, Citrix said.

Previously two separate operating regions, the Indian subcontinent and Asia (Asean and Korea) were united into one sales region as at the start of July 2021.

“Our industry expects continuous innovations, and our customers want to partner with us to solve their business challenges. I’m thrilled to be working with them to bring solutions that empower employees to be productive and do their best work,” said Arora.

“We are privileged to have customers and partners who believe in Citrix and I look forward to my new role and working with our local teams, to grow our joint business and strengthen Citrix’s leadership in the market,” he added. Kelkar (pic) will take on a new role, as area vice president of application delivery and security for Citrix across APJ and will continue to report to Colin Brookes.

“In the new world of work; consistent application delivery and modern security architecture that lends itself to a distributed work environment is critical.

“I look forward to supporting customers as they transition to security architectures like Zero trust and SASE and also help them get insights into application performance to ensure a flawless workspace experience,” said Kelkar.

“The establishment of a combined sales region across India and Asia allows for greater sharing of resources, expertise and intelligence.

“I am confident that with the appointment of both Arora and Kelkar, the team across APJ have the right support and leadership to continue our expansion and growth,” said Brookes.

Arora joined Citrix India in 2012 as director of public sector sales, before being promoted to area vice president for India and subcontinent in 2014.

Kelkar joined Citrix India in 2018 as senior director, enterprise and public sector, before being promoted to area vice president for India and subcontinent in 2019.

Prior to joining Citrix, he served as VP business development at Tech Mahindra and has previously held sales and management leadership roles at Microsoft, Cisco, and Novell. 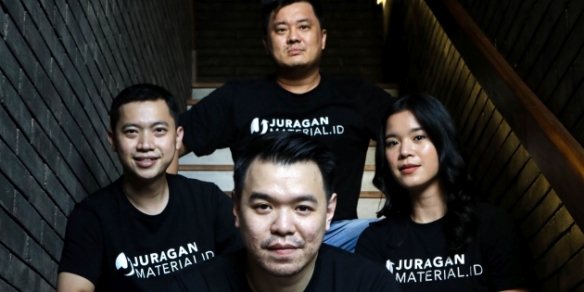