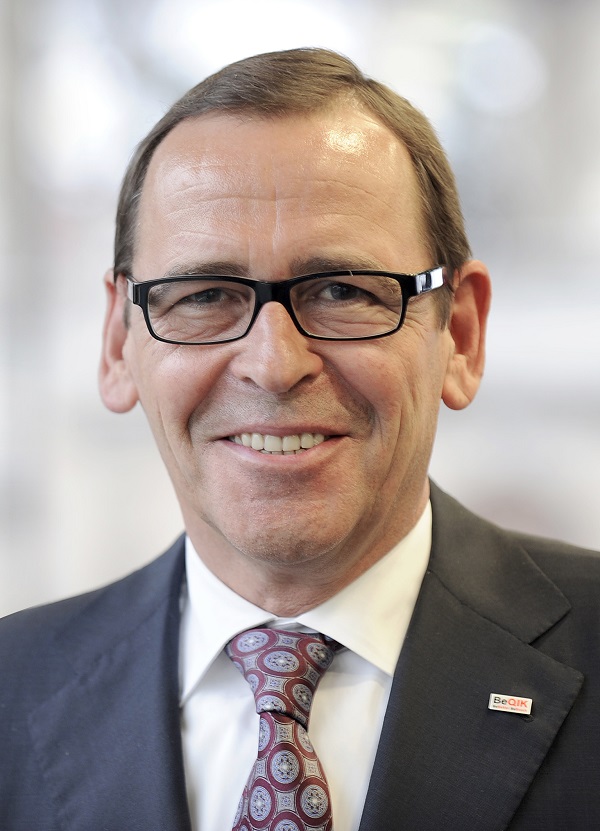 ASIA Pacific continues to be the No 1 growth region for Bosch, the global supplier of technologies and services said in a statement.

Over the past 10 years, the company’s sales in Asia Pacific have more than doubled, to some RM46 billion (€11 billion) in fiscal 2013.

“By 2020, we aim to double our sales in the region once again,” said Peter Tyroller (pic), member of the board of management of the Bosch Group responsible for Asia Pacific since July 2013.

To support its growth and localisation targets, Bosch will have invested some RM13.8 billion (€3.3 billion) in the region from 2010 to 2014.

“Our investments in the coming years in Asia Pacific will remain at a high level and we will further intensify our localisation efforts,” said Tyroller.

With its increasing purchasing power, Malaysia plays an important role for further growth in the region, contributing RM 2.9 billion (€698 million) in total net sales and RM485 million ((€116 million) in consolidated sales to third parties for the region, for fiscal year 2013, Bosch said.

The figures for the first quarter of 2014 in Malaysia are very encouraging and sales in the local market are expected to rise accordingly in 2014, the company added.

Bosch sees localisation as the key success factor for the continuous growth in Asia Pacific, including local manufacturing, product management, engineering and a high share of local supply.

Malaysia remains as an important market for Bosch, further attested with the company’s two manufacturing plants in Penang that develop and manufacture car multimedia and power tools, for both local and international markets.

The country’s growth is also reflected by the increase of manpower by around 3% to almost 2,100 in 2013 and is expected to see an increase for 2014.

Overall, Malaysian associates constitute over 45% of all Bosch employees in South-East Asia and the largest associate number of a local entity in the region. Bosch said it is continuously expanding its footprint in Asia Pacific. The company is currently present in 16 countries across Asia Pacific, with 120 locations and 52 manufacturing facilities.

In 2013, Bosch focused on expanding its manufacturing capacity for automotive components by creating an Asia Pacific-wide production and engineering hub for automotive aftermarket parts in China, where a plant and a testing facility for driver assistance and safety products was also opened.

In South Korea, the plant for gasoline and diesel direct injection systems expanded its capacity, and in India a new plant for innovative automotive technology was inaugurated.

In India, the company also invested in a new production facility for its Drive and Control Technology division which manufactures hydraulics components and systems.

In the fast growing South-East Asia region, Bosch extended its footprint with additional offices in Thailand, Indonesia and the Philippines, and by opening a representative office in Myanmar.

This year, Bosch inaugurated a new software research and technology centre in India with a focus on the Internet of Things.

In Japan, the Packaging Technology division moved into a new location this April, facilitating the expansion of its global centre of competence for pharmaceutical inspection technology.

Bosch said it will also further ramp up its automotive manufacturing capacity in China by opening two new sites for exhaust gas turbochargers in Shanghai and for clean diesel systems in Qingdao by the end of the year, both located on the country’s east coast.

In mid-June, the company’s first plant in Indonesia commenced production for automotive parts such as fuel injectors and oxygen sensors.

The recently opened automotive plant in Thailand for gasoline system-related products is scheduled to expand its portfolio to chassis systems products later this year.

In Vietnam, Bosch plans to invest more than €160 million over the next three years to expand its existing production site for pushbelts for continuously variable transmission (CVT) in automobiles and recently opened a new automotive research and development centre. Along with increasing localisation, Bosch’s main areas of strategic focus are environmental protection, energy efficiency, safety and connectivity – above all technology that is ‘invented for life,’ the company declared.

In emerging markets like China, India, and South-East Asia, Bosch is focusing primarily on products tailored to local customer needs. In markets such as Japan and Korea, the focus is on products, services, and business models designed to meet the growing demand of customers for user-friendly, connected solutions.

As part of Bosch’s localisation strategy, talent will also continue to play a crucial role for the further growth in the region.

In 2014, Bosch expects headcount requirements to increase in Asia Pacific where the company currently employs more than 73,000 associates.