NEW-generation data protection specialist Acronis has announced the official opening of its international headquarters in Singapore.

Launching the international headquarters in Singapore is also returning to its roots, the company said in a statement.

Acronis was founded by Serguei Beloussov and partners (Ilya Zubarev, Max Tsyplyaev and others) in 2001 in Singapore as a business unit within SWsoft, a server automation and virtualisation software company and the parent company of Parallels Inc, which Beloussov also founded.

In 2002, Acronis was spun off as a separate company. It started sales operations in Asia and became a leader in the backup market in Japan.

Singapore is a strategic choice for the international headquarters to focus on the rapidly growing Asian market, Acronis said.

“Singapore is a convenient location for international technology business. The country is well connected to the rest of the world – more than 50% of world’s population and economy is in the distance of eight-hour flights from here,” said Beloussov, who returned as chief executive officer in May 2013.

“Singapore serves as a business and technology hub in Asia and this is important for us, as we believe that in five years, more than 50% of Acronis revenue will come from Asia,” he added.

Acronis said it is considering boosting its research and development (R&D) activities in Singapore as part of its global strategy aimed at becoming an advanced technology leader in its market segment worldwide.

Recently-appointed global chief strategy and operations officer Mark Shmulevich will look into establishing collaborations between Acronis and universities and technology centres in Singapore.

“An efficient infrastructure combined with significant government support for innovation, together with the presence of strong R&D centres and universities in Singapore, make the country one of our focus points for technology collaborations and advanced research,” said Shmulevich.

“We are already starting working with a few institutions, including the Data Storage Institute, and are planning to expand our partnerships in the near future,” he added.

The new data centre provides customers in Asia with a multiple increase in data transfer speed due to the geographical proximity of storage location, and ability to store backup data locally, the company said. 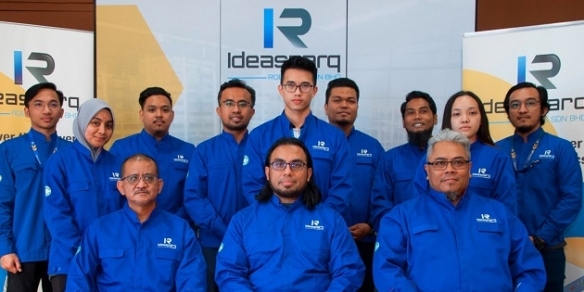