A NEW approach to networking is beginning to take hold in the enterprise world, making it cheaper and easier for administrators to manage complex corporate networks, but the technology has far to go before reaching mainstream acceptance, noted industry observers.

Software-defined networking (SDN) introduces a new control layer that sits between the traditional hardware and software layers of the network. This control plane is capable of handling, among other things, configuration of the network elements, control of traffic flow, and the administration of the security of the network. 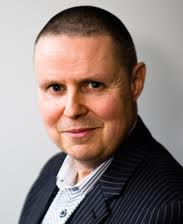 Roy Illsley (pic), principal analyst with Ovum, noted that the basic advantage of SDN is the reduced cost in the administration of the network and increased speed and flexibility of its implementation.

By utilizing SDN, the need for specialty hardware switches and routers will be removed and these functions handled via commodity x86-based servers.

“[However], the big disadvantage currently [of SDN] is the lack of open standards and the fact that there are no clear definitions of exactly how SDNs are implemented,” he told Digital News Asia in an email interview. “This plus the fact that while physical switches and routers have been proven to operate at volume, the same cannot be said for an SDN yet.”

According to Illsley, SDN has not even made it into the early adopter stage yet and while the technology in theory exists, more work on standards and communications is needed.

“The principles behind SDN are being built into many network vendors’ solutions, and [as such] the definition of what SDN is will be as loose as that experienced by cloud computing a couple of years ago,” he explained. “I expect to see interest in SDN and SDDC (software-defined data center) to increase next year.

Asked what the possible drivers would be for enterprises to consider SDN, Illsley said he doesn’t see any big drivers for this trend to go mainstream yet, adding that this would change as enterprises see more cloud (public, private, and hybrid) and BYOD (Bring Your Own Device) deployments come to the fore.

“The focus on the agility of the network will come under the spotlight, and an SDN approach will resonate with users who have embraced server virtualization and now understand the ability to disconnect the hardware from operations,” he said.

On what were the best practices for companies considering SDN, Illsley said he would advise them to begin the investigation into SDN, and more importantly to articulate the technology in terms that they understand and can relate to, rather than accepting a vendor’s or an analyst’s definition.

“At this early stage, the big challenge is to not get locked in or to select the wrong approach as the market will move very fast over the next two to three years,” he said. “It will take that long for the approaches of SDN to mature before customers have the confidence to implement the technology.

“Also, do not underestimate the impact on skills and morale, as not every engineer will be able to make the shift [from traditional networking skills] to SDN.

According to Raymond Ooi, country manager for HP Networking, enterprises in the region are beginning to take notice of SDN because of the simplicity and cost benefits the technology brings to enterprises today. At a media briefing last week, Ooi (pic) noted that some of main benefits of SDN include the ability to reduce man-made errors when deploying new network configuration and the reduction in the time it takes to do so.

“In the old days when networks were deployed, engineers would need to physically go to the site of remote login to configure the equipment in multiple locations,” he explained.

“Doing such configurations one-by-one could potentially lead to errors. With SDN, the configuration is done at the control layer and settings are propagated to all the relevant sites centrally, which will then reduce the possible errors made.”

With SDN, such projects, which would normally take weeks to achieve, could be cut down to mere days, he added.

Asked exactly what were the adoption rates of SDN as far as Malaysia is concerned, Ooi acknowledged that it was still early days for the technology.

“Unfortunately, that is so and today if you asked me if any customers in Malaysia were using SDN, I would have to say not yet,” he said. “However, enterprises that are making progress into cloud computing would also be looking at SDN.”

Pressed further on what this means, Ooi said that due to certain sensitivities he could not confirm the stage they were in, claiming only that some companies have gone for workshops to find out more as to what the technology can do for them.

“It’s early days in Malaysia as cloud computing adoption is still slow for now but for other countries in the region, it’s not,” he claimed.

Ooi said companies that are deploying applications such as unified communications and tele/video conferencing would likely find SDN useful as such applications are geographically diverse and having centralized control would help the implementation in terms of time spent and reduce the number of human errors.

He also said that HP today has the technologies that cover SDN with the introduction of a controller, applications, services and solutions aimed at helping the Palo Alto-based giant to further strengthen its Virtual Application Networks strategy.

“Our solutions will also connect with third-party switches as long as they support the OpenFlow standard,” he said. “As for our own HP switches, we have 25 products in all that support this standard.”