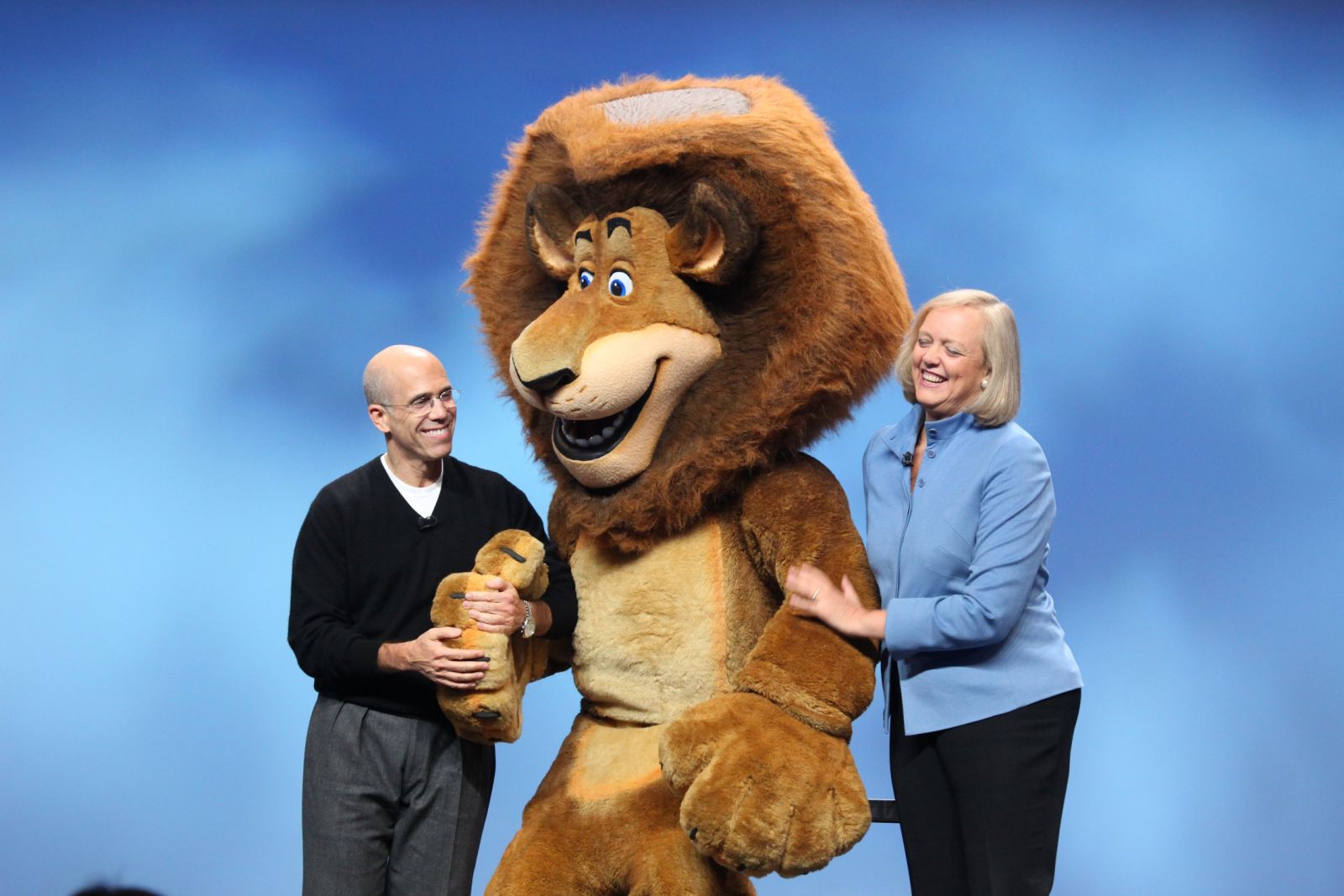 “I’VE BEEN at HP just over a year, and it’s been a quiet year, not much going on,” chief executive officer Meg Whitman (above pic, right) quipped during her keynote speech at HP Discover.

Over 9,000 attendees packed the plenary hall at Messe Frankfurt on the second day of HP’s showcase event for Whitman’s speech, her first high-profile public presentation since the company’s lackluster quarterly results stemming from the performance of its Autonomy group.

The number of attendees was a record for HP Discover for the Europe, Middle East and Africa region and Whitman acknowledged the importance of such support: “First and foremost amongst our strengths are our customers and partners. I want to thank you for sticking with us through some difficult times."”

Whitman also reaffirmed the company’s commitment to Autonomy: "We remain 100% committed to Autonomy's industry-leading technologies and its employees and the company will play a very significant role in our growth strategy moving forward.”

Moreover, Whitman sought to remind attendees that despite its recent woes, the company remained a global technology behemoth with US$120billion in revenue. “We are on a very solid financial foundation and we’re quite profitable,” she said.

“It has been an incredible year for this company, a lot of challenges and a lot of victories. In spite of what you may have heard, innovation is alive and well at HP,” said Whitman.

She added that the company has plenty of innovation, but needs to “work hard” on commercializing that innovation and bringing it to market faster, which will be a priority over the next 12 months.

It was also not surprising when Whitman revealed that the question she gets asked the most was “What is HP?” – which she interpreted as “What is HP’s role in the changing industry?”

“We are living in a period of enormous change with tectonic plate shifts, making IT even more important as the engine that power and redefine the enterprise as these changes take place,” she said.

Whitman added that IT is poised to shake up industries even more — an entirely new style of IT, driven by cloud, mobility, and big data —changing how technology is consumed and delivered, and how end users engage.

“This new style of IT is going to demand a foundation that will support greater agility, lower cost, and a higher degree of accessibility,” she said.

Central to HP’s strategy and its focus on delivering solutions, is the reorientation of the company around a three-pronged strategy centered on cloud computing, security and information optimization.

To that end the company now has three core divisions: the Printers and Personal Systems (PPS) division which cover printers, personal computers and tablets; the Converged Infrastructure division, which includes servers, storage and networking in addition to the Software division which encompasses IT management and applications, analytics and security. With Services playing an overlaying role throughout.

After redefining HP's role in the tech industry and its customers IT environments, Whitman reiterated the company’s solutions-centric strategy, calling it “quite simple.”

“Our strategy is to provide the solutions for the new style of IT. We'd like to engage with you, our partners and customers to provide the business outcomes you need and frankly require in the coming years."

Also present at the keynote was Jeffrey Katzenberg (above pic, left) of DreamWorks Animation, who sang Whitman’s praises, calling her a “rare leader", having first met Whitman at Disney in 1989.

“I’m here to tell you that throughout the 12 years, since the first Shrek movie, we could not have asked for a better partner than HP,” said Katzenberg. “Thanks to Meg and the team, I couldn’t be more confident about the company’s future."