FACED by increasing competition by other low-cost economies, Malaysia can still remain competitive by focusing on the quality of its workforce, officials of the local operations of US-based technology giant Intel Corp told the media in Kuala Lumpur.

“Intel, as a company, is always more interested in the quality of the workforce than in incremental cost-savings,” he said. “Still, for all intents and purposes, Malaysia is still a low-cost destination for us.”

The Electrical & Electronics (E&E) industry remains the leading industry in Malaysia’s manufacturing sector and is the largest contributor to manufacturing output, employment, investment, exports and imports, the Malaysia External Trade Development Corporation or Matrade has reported. Malaysia’s exports of E&E products in 2011 was valued at RM236.53 billion (US$77.48 billion), accounted for 50.3% of manufactured exports and 34.1% of Malaysia’s total exports.

However, increasing competition is coming from low-cost alternatives such as Vietnam, Cambodia and even China, though that might disappear in a few years as China’s population becomes more economically developed. The Malaysian Government has announced initiatives, mostly under its Economic Transformation Program (ETP), to move the industry up the value chain by inculcating more design and development work in the E&E sector here. “It is important, however, not to fall into the trap of thinking that the only way to move up the value chain is by doing more design and development,” said Robin Martin (pic), Intel Malaysia managing director. “Manufacturing in Intel is not a low-value proposition.”

Indeed, he says that out of the company’s more than 9,000 employees in Malaysia, 2,000-3,000 are skilled technicians or engineers involved in high-tech manufacturing as well as design and development.

“We remain Intel’s most complete offshore facility in the world, and one of the reasons for Intel doing so well here is the Government’s on-going initiatives in providing a robust infrastructure, up-skilling the nation’s human resources and providing incentives,” Martin said.

“The Malaysian Government has been very competitive in getting foreign companies to come here and stay here,” he said, but noted that command of the English language was critical for high-tech multinationals like Intel.

The Malaysian Government, in an attempt to raise the country’s competitiveness in maths and science, introduced the Teaching of Science and Maths in English initiative in 2003, but decided to dial it back in 2009 after pressure from nationalist and right-wing groups.

Recently it unveiled its National Education Blueprint which, while emphasizing command of the English language in schools, stopped short of allowing it as a medium of instruction.

The National ICT Association of Malaysia (Pikom by its Malay acronym), which represents about 1,500 ICT companies, is urging the Government to retain English as the medium of instruction.

“English is very, very important. It’s the universal language for technology companies like Intel,” Martin said. “Has it been a problem for Intel Malaysia? Not yet, but we [Malaysia] certainly have to do better.”

He said he noticed that in China, not only are more graduates coming out with skills in English, but also that Intel employees from there seem to have “a great hunger to improve their command of the language.”

“We have to have that thirst as well,” he said. “If Malaysia fails to keep up with the rest of the world, it will become a critical issue.” With Intel Teach, the company has invested US$1 billion to train over 80,000 teachers in Malaysia over the last 10 years on how to inspire critical thinking in their students using ICT.

Easy Steps, courseware original developed by Intel in India, was also rolled out in Malaysia in August last year, to teach digital literacy to people not previously exposed to technology via Community Broadband Centers, said Prakash.

“We also continue to engage with various government agencies and ministries on various initiatives, including the National Education Blueprint,” he added.

40th anniversary
The three Intel Malaysia executives were speaking to the Malaysian media on the occasion of the company’s 40th anniversary of its presence here.

In the early 1970s, the Malaysian Government, in a bid to move the nation’s economy from an agricultural to an industrialized base, was looking for foreign companies to set up operations in the newly-announced Free Trade Zone in Bayan Lepas, Penang.

Among those who came to explore this opportunity was Andy Grove, co-founder (and later chief executive) of Intel, which only months before had launched the world’s first microprocessor, kicking off the digital revolution. Grove was convinced enough to set up Intel’s first offshore facility in that northern Malaysian island of Penang, on the site of a muddy paddy field (pic, Grove is second from left). The company invested US$1.6 million to start its first offshore assembly plant (A1), with 100 employees.

Since then, Intel has grown its presence here from the original five-acre manufacturing site in Penang to over 160 acres of various facilities including design and development and shared services centers, across Penang and Kulim in the state of Kedah. Its current headcount of 9,000 employees in Malaysia make up nearly 10% of Intel’s global workforce.

None of the original 100 employees are still with the company, but Suresh said that the company has 10 Malaysian employees who will be celebrating their 39th year with Intel this year.

In February, the company also shipped the four-billionth microprocessor to come out of Malaysia.

“As Intel continues to move into new segments, Intel Malaysia is going to continue to play a key role in developing and manufacturing products for these new markets,” said Martin. “We’ve had 40 great years; we’re going to have 40 more.”

All pictures courtesy of Intel 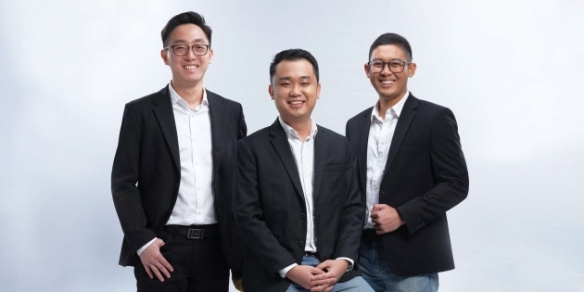