Mahindra Satyam launches seed fund for its own staff “WE want to challenge our associates, as we call our staff, to start the next Facebook or Skype,” says Ram Ramachandran (pic), vice president and head of Sales (Asean) for Mahindra Satyam. And, at the same time, accelerate the quest to apply innovative and creative thinking to its verticals.

These were the reasons why Mahindra Satyam launched a US$50-million fund that will provide its people with seed capital and mentoring to help them launch their next big idea. Their partner in this is Softbank of Japan, with whom Mahindra Satyam has an existing business relationship. The money will come from SBI Ventures.

According to Ram, the idea came when both CEOs of Softbank and Mahindra Satyam, Masayoshi Son and CP Gurnani, were bouncing off thoughts about how to retain and get the most out of their talent. “This funding idea came up and it just flew with both of them.”

But it will be a journey. “We know this won’t happen overnight, especially in the Asian context where employees tend not to speak out as openly, but we want to encourage them to do exactly that.

“We want to drive the culture of innovation into the company and provoke the entrepreneurial spirit and innovative thought process of our people,” says Ram, adding, “we want future Bill Gateses to present their ideas to us.”

One of the leading tech services companies out of India, Mahindra Satyam is no different than any other tech company which wants to encourage innovation and creativity in problem solving and idea generation to create new revenue streams.

With its US$50 million seed fund, it wants to be the facilitator for its 5,000 people as they unleash their creative and entrepreneurial spirit. It has already started a program three years ago where every month, 10 associates are recognized for their innovative ideas to improve business processes.

The company hopes the seed fund will take the innovative spirit among its people to the next level and send a strong signal out that Mahindra Satyam is dead serious about innovation and creativity.

“We don’t believe that this process of being innovative and entrepreneurial is only centered on Silicon Valley, which really is a place where talent and funding are in abundance,” notes Ram.

At the same time, the mentoring is important to help put the entrepreneurs and their ideas into viable business models that are profitable in the long run.

Mahindra Satyam has also launched a program to create 50 mini-CEOs in the company; the idea being that its business unit heads will be empowered to think like independent CEOs.

This however will be done within the ambit of a well-defined governance structure and regulatory framework with the unit heads encouraged to explore their region to tap opportunities they may see and not wait for corporate direction.

“At the same time, they will be accountable for profits and to reach for aggressive growth targets,” says Ram.

After the merger between Tech Mahindra and Satyam Computers, the combined entity has seen a cumulative average growth rate of 42% over the past seven years. This provided the base thinking for its CEO Gurnani to set the stage to achieve what he calls ‘Mission 2015,’ that aims to double the combined entity’s turnover to US$5 billion in three years from US$2.4 billion today.

Mission 2015 was apparently decided on in April when 120 executives from both companies got together to map future strategy. Of interest is the fact that some key customers were also a part of the brainstorming on the aspirations of the company and the mission statement.

To achieve the target, the company has been divided into four segments. The first segment is called business momentum and will focus on existing businesses and customers. Analysts from Citigroup have called this a “supersizing initiative” where Mahindra Satyam has picked 80 out of its top 100 clients to up-sell, with the company expecting existing clients to account for around 95% of its financial year 2013 revenues.

The second segment will focus on new business solutions and platform. This will focus on developing new platform-based solutions, such as mobile apps and setting up new services.

The third will focus on mergers and acquisitions with up to 10% of the US$5-billion target to come from inorganic growth.

The fourth segment is its innovation drive through the US$50 million fund that will be headed by a chief innovation officer.

Ram says the company is pretty confident it will hit the 2015 target “because of you look back at the past seven years, you see a group of people who have already achieved such growth rates.”

He feels that the combined tech prowess of both companies cannot be matched by many of its competitors. Furthermore, the initiatives being rolled out and the supporting processes and systems being put in place strengthen the company’s position moving forward and to be more aggressive. 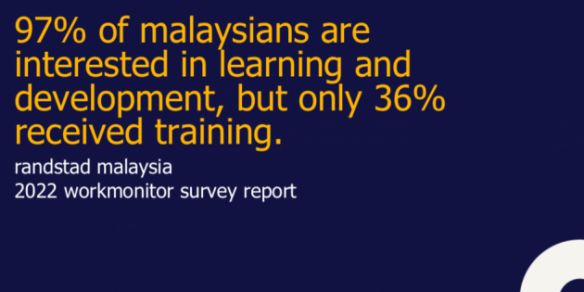