LENOVO will be dividing its business into two units under the names Lenovo Business Group and Think Business Group, to target mainstream and high-end segments more effectively.

According to a report by CNET News China, the announcement was made via an internal memo issued on Sunday, Jan 6, by the China-based PC maker’s president and chief executive officer Yang Yuanqing (pic).

The new structure will see current senior vice president of mobile Internet and digital home (MIDH) Liu Jun take the helm of the Lenovo Business Group which will carry the brand name “Lenovo” and concentrate on consumers and small business as well as mobile devices and phones.

Peter Hortensius, senior vice president of Lenovo’s product group, will be heading the Think Business Group. The “Think” brand will be Lenovo's flagship brand in the high-end markets and focus on premium products in both the commercial and consumer segments, as well as enterprise solutions (such as servers and storage) and workstations.

In the internal email, which was published on Sina Tech, Yang said: "We tried to push the Lenovo brand in mature markets but we realized that, as a brand, Lenovo only works in the mainstream and low-end market. In the high-end markets, Think is our best brand asset and the only brand which can compete against Apple.”

The move is intended to sharpen the company’s branding, enhance its ability to innovate in both premium and mainstream product segments, and further increase the speed of decision-making and execution.

The restructuring exercise appears to lend some support to a report from Digitimes, citing industry sources, which said that Lenovo had about 20% of notebook shipments produced in-house in 2012 and plans to hike the percentage to 50% in 2013. Sources had indicated Lenovo's motivation is to reduce costs through increased control on production processes and to support China-based component makers.

The restructure “will have to take up all the time and effort”, with Yang saying the company would need to give full play to the potential of these two brands in their respective market segments, creating the maximum possible value.

The company’s current operations, including its Global Supply Chain, Global Services unit and corporate functions, will be integrated and aligned with these new business groups, according to a statement released to the press by Lenovo Corporation on Monday (Jan 7).

The company expects to complete this reorganization and begin operating under the new structure by April 1, 2013.

In response to Digital News Asia’s query over the workforce impact of this realignment, Lenovo said it does not anticipate any workforce reductions directly related to this announcement.

“There are no plans for a reduction in force based on our current business plans and market outlook. Like any company, we are always looking at ways to be more efficient, but that is not the goal of this corporate reorganization. The changes are motivated by Lenovo’s strong growth and the need to adapt our organizational structure to effectively manage a business that is now an industry leader and twice as large as it was four years ago,” said a corporate spokesman.

In his internal email, Yang also stressed that the decision is part of his "defend and attack" global strategy of defending markets where Lenovo is dominant, such as China, and growing in emerging markets as well as more established economies such as the United States, Europe and Japan.

“We want to clarify and simplify our brand strategy, let the market positioning of each of the two brands Lenovo and Think more clearly understood, and thus better serve the business expansion,” he said

PC Magazine reported that Lenovo is one of the four major manufacturers that appears to be planning to increase its 2013 notebook PC shipments, citing a December 2012 update by NPD DisplaySearch's David Hsieh.

The company will be targeting approximately 31 million units, an increase of four million past its 2012 target, a contrast to companies like Dell, which is lowering its expected shipping target for this year to 16 million devices from 25.3 million in 2012. New devices for the New Year

Amidst the restructuring into two distinct business entities, Lenovo also announced new additions to its product portfolio at the 2013 International Consumer Electronics Show taking place in Las Vegas this week.

Headlining the collection are new additions to the ultra-portable IdeaPad U Series Ultrabooks and the multimedia intensive IdeaPad Z Series laptops, as well as new models of IdeaCentre all-in-one desktops, from the sleek and stylish A Series to the affordable and space-saving C Series.

First is the IdeaCentre Horizon Table PC (pic), the company’s first "interpersonal PC," a multi-user, multi-touch, multi-mode device for the home intended to allow users to turn their personal computing experience into a shared computing experience.

“We've seen technology shifts across the four screens, from the desktop to the laptop, tablet and smartphone, and yet while people have more computing power than ever before, there is still room for technologies like Horizon that bring people together. Horizon makes personal computing interpersonal computing with shared, collaborative experiences among several people,” said Lenovo's Hortensius.

The Horizon is expected to be available in June through Lenovo business partners and www.lenovo.com. Prices start at approximately US$1,699 with in-country pricing to be announced closer to the local availability date.

Flagship models include the Lenovo Erazer X700 that is designed for enthusiast-level gaming and graphics-hungry applications. It leverages AMD Eyefinity technology and users can connect up to six monitors to enjoy a panoramic screen display and add up to 4 terabytes of storage without tools while the PC is still running.

The desktop also comes with 32GB of memory, dual graphics support (NVIDIA GeForce or ATI CrossFireX), up to dual AMD Radeon HD and the latest Intel Core family of processors. It is expected to be available in June, and prices start at approximately US$1,499.

The IdeaPad Z400 and Z500 laptops are the latest-generation of the Z Series and optimized for the Windows 8 touch-based user interface.

They support 10-point touch, feature specialized stereo speakers for extra bass with Dolby Home Theatre v4 for an immersive sound experience, come with up to 3rd gen standard voltage Intel Core i7 processors and include the latest NVIDIA GeForce graphics technology. These laptops give consumers large 14-15.6 inch touchscreen real estate to fully leverage on the capabilities of Windows 8, Lenovo claimed. 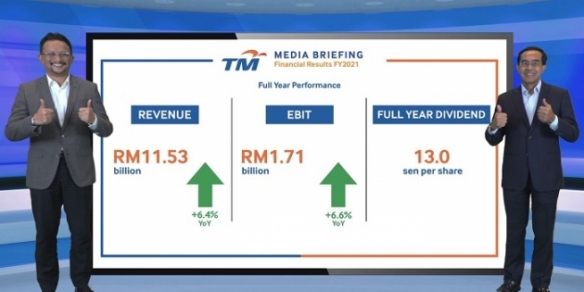