“These three verticals combined represent about 40% of the money spent on IT worldwide and is a huge business opportunity for us,” he said.

To meet that market demand, HDS is offering its Hitachi NAS (HNAS) Platform, an integrated solution that provides scalable, tiered network storage with field-programmable gate array-based hardware-accelerated architecture that it said would meet the highest performance and reliability requirements.

HDS recently signed on its 1,000th M&E customer, Toronto-based visual effects post-production studio Soho VFX, whose credits include X-Men Origins: Wolverine, Rise of the Planet of the Apes and Jack the Giant Slayer.

When asked how confident HDS was with entering a relatively new vertical against established vendors such as HP with animation giant Dreamworks as an anchor client, Greenwald quipped: “We love competing with HP!”

“HP is a great component manufacturer, in a few specific verticals, but M&E is one they’ve not invested heavily in. For the 1,000 customers we have in the industry, they have fewer than 30 to 40 worldwide,” he said.

Greenwald added that HDS expects to be a dominant player in the space, banking on the "performance, high quality and availability" of its solutions and ability to deliver an aggressive low cost of ownership to customers.

“Just to illustrate, last year out of the US$10 billion spent on box office tickets in the United States, movies created using our solutions accounted for US$2 billion,” he said. Greenwald (pic) said that HDS has aggressive revenue and growth goals for the Asia Pacific region, with the M&E vertical expected to account for a substantial portion of that growth.

“We have already established ourselves in China, Singapore, India and Australia and taking what we’ve learnt from those experiences, this year we are looking closely at the region’s emerging markets with Malaysia and Indonesia topping that list,” said Greenwald.

When asked for his observations in the unique demands and pace of the Asia Pacific region’s content industries, Greenwald said that the technology demands and challenges remain the same across markets.

“However two main aspects will differ for each market, namely the level of government involvement in industry activity and the level of independent intellectual property that exists,” he said.

On the growth of the M&E industry in Malaysia, Wee said that although still a relatively small industry compared with Hollywood, it is a growing key vertical with media content rapidly growing in format, size and density.

The company currently does not have a footprint in the local M&E industry but hopes to soon change that via continued investment in the country, complemented by training and an increased marketing focus.

In a white paper authored by Greenwald entitled Asian Trends In Media and Entertainment: Profitability, Cost Management, and Improved Media Workflow Deployment, he stated that Asian content producers are under increasing pressure to keep costs low and profits up.

In addition, Asian broadcasters are facing a mandated digitization deadline of 2015 for all television and cable network broadcasts across most countries, including India. Only 35 million of the 140 million Asian households with pay TV services are now digital.

“So the market is about to undergo a dramatic change, not just on the production side but also on the consumer side. And that ought to open up a huge opportunity for services, entertainment, gaming, and other video library services,” Greenwald wrote.

He added that clever operators are looking at pull factors like IPTV, OTT, smart TV, and DTT as an opportunity for advertising, subscription, and, hence, more viewership. 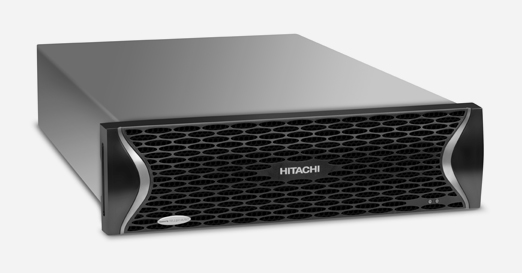 HDS sees this Asian market transition from a product development perspective, as an opportunity to develop solutions in four important areas:

To read the white paper in its entirety, click here.