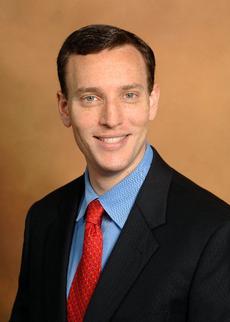 IT has been 10 years since the first “Google in a box” and the search giant recently announced the availability of Google Search Appliance (GSA) 7.0, the latest version of its out-of-the-box search solution for enterprises.

In an email interview with Digital News Asia, Matthew Eichner (pic), general manager of Global Enterprise Search, Google said: “With GSA 7.0, we have added new capabilities for customers to deliver a universal, powerfully relevant, yet simple and familiar search experience to users. GSA is a long-term bet for Google, and we are really excited about the benefits 7.0 brings to users.”

Prior iterations of GSA were particularly popular with medium-size businesses which lacked the resources needed for enterprise search systems.

Once such example highlighted by Eichner is data center service provider TCC Technology (TCCT) and its support of Asia Books, the largest English language bookstore chain and distributor in Thailand.

In August of this year, TCCT announced that it has expanded its services to support Asia Books with the launch of “Thailand Books Search” by leveraging the GSA to provide the most relevant search results from Asia Books’ database of seven million titles to its online customers.

With the latest version, the company is looking to also meet the needs of much larger enterprises.

“We think the Google Search Appliance can meet the needs of all businesses, and 7.0 in particular is well-suited for the very largest of enterprises because of its ability to scale to satisfy the most complex security requirements,” said Eichner.

IDC analyst David Schubmehl, in an interview with Thomas Claburn of Information Week, said that while Google has traditionally gone after the lower end of the enterprise search market, it's now aiming at the mid-tier and enterprise level.

What makes that possible, he added, is the growth of Google's services group and partner organizations.

"It's not as simple as dropping a box on someone's desk and saying the problem is solved. You need services or training to help gain the value that's promised. And I think Google is doing a lot in that area,” said Schubmehl.

Opening up the box

The software is produced by Google and the hardware is manufactured by Dell Computers and is based on Dell's PowerEdge R710.

When asked if there will be a refresh of the hardware, following the release of GSA 7.0, which is purely a software upgrade for existing customers, Eichner declined to comment.

“While we don’t share specific details about the GSA hardware, you can expect that we’ll continue to innovate in this area,” he said.

Since the Oct 16 launch of GSA 7.0, feedback from customers, according to Eichner, has been “great”, especially for features such as entity recognition, which makes it easier for their employees to find documents and information without a lot of manual overhead on the part of IT.

The latest iteration boasts a multitude of new and improved features, including Google Translate as a native feature, integration with Microsoft SharePoint 2010 and a new interface which adapts to smartphones and tablets.

In addition, GSA 7.0 also offers assisted navigation for refining search results, document previews and the ability for users to add items to the index.

“The new version of the Google Search Appliance does some really cool things, like crowdsourcing results, so employees can point each other to the best internal resources and automatically recognizing ‘entities’ and not just keywords that appear across your work content,” said Eichner.

The integration of Google Translate’s application programming interface (API) to GSA is a standout feature, now offering enterprises secure and automatic translations display in search results, in more than 60 languages.

“We see this being an important feature. Large multinational customers that work internally and externally across multiple languages in particular, have found the hooks into Google Translate to be greatly beneficial,” added Eichner.

With GSA’s search features now accessible via mobile devices, it is understandable that the topic of security and data protection would come to the forefront.

“The GSA provides a full range of enterprise security configurations designed to provide search results that match the user’s privileges across all systems, and to do so while providing high speed results,” he said.

Security features include Flexible Authorization which supports multiple security protocols, even when different authentication and authorization protocols are being used for a single source, along with ACL Caching which provides uniform rapid access to all repositories, while maintaining security for all resources, the GSA can cache access control lists (ACLs) for a configurable period.

Searching through the crowd

Google is not the only enterprise search vendor in the space with Microsoft and HP also offering search solutions as part of their portfolio.

When asked how the company intends to pitch itself to enterprises that may be looking for high-end search systems but already have existing infrastructure or systems by vendors who also offer similar products, Eichner said the company has “Google was born, and still is, a search engine.”

He added that looking at what customers want, they want relevant search results no matter what data sources they’re pulling from, they want it fast, and they want full management control.

“We’ve focused our business and product efforts to meet the needs of the enterprise. But we will let the market decide for itself how we’re doing,” he added.

The pricing model of GSA is based on the number of documents searched, starting with a license count of 500,000 documents and a minimum contract of two years. Google does not provide a principle’s price, with pricing determined via the company’s enterprise partners. To find out more about GSA 7.0, click here.

The company also recently rolled out a new search feature called Google Enterprise Partner Search, which allows users to locate the nearest enterprise partner to contact for further information about products and services.