ANOTHER Mac malware outbreak? Your smart TV being highjacked for a DDoS attack?  Whatever 2013 may bring, it’s sure to be an interesting year.

We almost saw a seismic shift in control of the Internet from geeks to governments, with F-Secure Labs security advisor Sean Sullivan saying that this could have led to the Internet being funded differently “with big content providers like Facebook and Google/YouTube having to pay taxes for the content they deliver.” “While we may not always be aware of nation-states’ covert cyber operations, we can expect that governments are more and more involved in such activity. In 2013, we’ll most likely see more leaks that definitively demonstrate this, and from countries who haven’t previously been seen as a source of attacks.

“As the arms race heats up, the odds of leaks increase,” he adds.

Commoditization of mobile malware will increase

The Android operating system has solidified in a way that previous mobile operating systems have not, extending from phones to tablets to TVs to specialized versions of tablets.

The more ubiquitous it becomes, “the easier to build malware on top of it and the more opportunities for criminals to innovate businesswise,” Sullivan says.

Mobile malware will become more commoditized, with cybercriminals building toolkits that can be purchased and used by other criminals without real hacking skills – in other words, malware-as-a service, for Android.

Another malware outbreak will hit the Mac world

2011 saw scareware called Mac Defender, and in 2012 Flashback took advantage of flaws in Java. The Labs predict 2013 will bring another Mac malware outbreak that will have some success within the Mac community, F-Secure Labs believes.

“The author of the Flashback Trojan is still at large and is rumored to be working on something else,” Sullivan says. “And while there have been smart security changes to the Mac OS, there’s a segment of the Mac-using population who are basically oblivious to the threats facing Macs, making them vulnerable to a new malware outbreak.”

Smart TVs are plugged into the Internet, they’ve got processing power, and since they typically aren’t equipped with security, they’re wide open to attacks.

Adding to their vulnerability is that unlike home computers, many smart TVs are directly connected to the Internet without the buffer of a router, which deflects unsolicited traffic. Also, consumers often don’t change the factory default username and password that have been set for web administration, giving easy access to hackers.

“It’s very easy for hackers to scan for smart TVs on the Internet,” says Sullivan. “When found, they only need to use the default username and password, and they’re in.”

2012 already witnessed LightAidra, a breed of malware that infected set top boxes. 2013 could see smart TVs being used for such purposes as click fraud, Bitcoin mining, and DDoS (Distributed Denial of Service) attacks.

2013 may see a rise in popularity of tracking software, and not just for parental control purposes. There has already been growth in child safety apps that monitor kids’ activities, for example, their Facebook behavior.

“Of course this kind of software can also be used to spy on anyone, not just kids,” Sullivan says. “The more smartphones there are, the more people will be seeking out software like this – to find out what their ex is up to, for example.”

Free tablets will be offered to prime content customers

Tablets and e-readers are all the rage, and more and more often in closed ecosystems such as the iPad with iTunes or the Kindle with Amazon. As the Kindle price keeps dropping, the Labs predict that 2013 may bring a free e-reader or tablet for prime customers of companies who charge for content, like Amazon or Barnes & Noble.

“Closed ecosystems are more secure, but you have to trust the provider to protect your privacy,” says Sullivan. 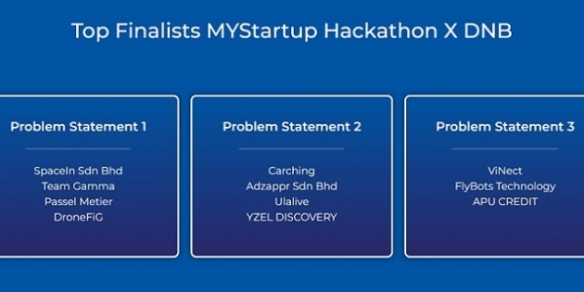