THE World Wide Web Foundation, established by Web Inventor Sir Tim Berners-Lee, will be launching its 2013 Web Index in London on Nov 22, with Malaysia included for the first time in the study which looks at how the Web empowers people and delivers socio-economic impact.

This would allow citizens, the Government and civil society to understand the use and impact of the Web in Malaysia; how it compares with global and regional counterparts; and how best to harness it for future social and economic benefit, the Foundation said.

“The World Wide Web Foundation will assess 81 countries this year, and will continue to expand its work across the world in the coming years,” Web Index manager Karin Alexander (pic above) told Digital News Asia (DNA) via email, adding that Malaysia was included because it met two criteria – the availability of data and regional relevance.

“We look for the ways the Web has enabled and empowered people to decide what would make a difference in their lives and take action,” she added.

Malaysia is among 19 new countries that will be studied in this year’s Index. The first Index was released in 2012 and is available here, taking the format of a country ranking. Last year, Sweden topped the list, followed by the United States and the United Kingdom, with Burkino Faso, Zimbabwe and Yemen propping up the foot of the table.

“The global report will incorporate indicators that assess the political, economic and social impact of the Web, as well as indicators of Web connectivity and infrastructure,” said Alexander.

“This year’s report will feature an expanded and enhanced data set, particularly in the areas of gender, Open Data, surveillance and online data security,” she added.

Much of the Web research that exists today measures quantifiable metrics, such as the number of users, speed of access, the number of broadband subscribers, or covers particular single-dimensions such as economic impact or censorship.

The Web Index looks at issues like e-agriculture, e-learning, e-government and increased government efficiency and transparency.

“The World Wide Web Foundation recognised that in order to better measure progress [towards] developing a more open and meaningful Web, and for the Web to attain its full potential as a transformative tool that can improve living standards, reduce conflict and improve governance and well-being, it is important to understand how the Web impacts social, developmental, economic and political dimensions as well,” Alexander said.

“By compiling data across many different dimensions of Web health and making it freely available, the Web Index helps to deepen and broaden our understanding of how countries can maximise the impact of this powerful tool.

“The results can be utilised by decision-makers across the public and private sectors, as well as academia, NGOs, and the technology industry itself,” she said.

Alexander said the Web Index is produced using both secondary and primary data. The process for producing the primary data involves an expert assessment survey using a methodology that privileges evidence-based responses.

For the primary survey, each country is scored by a lead researcher – that person scores each question based on the criteria provided, gives a justification for the score, and provides evidence in support of the score.

The evidence provided works to reduce the degree of subjectivity and can be a combination of academic articles, interviews with other experts or policy makers, media reports, links to regulatory or policy frameworks and legislation.

The results are then reviewed at least three times by a country reviewer, a regional reviewer and a set of functional reviewers (experts in particular fields such as open data, gender or affordability).

The lead researchers and the reviewers work independently of one another. A further layer of validation and sense checking is applied through cross-checking of the scores by an editorial team. Alexander said she could not reveal any preliminary data until Nov 22. “At the launch, we will release all the data, alongside the evidence and justifications … [as well as] details of the researchers if they are happy to release their names,” she said. “The secondary data sources will also be made public.”

The launch event in London will include speakers such as Berners-Lee (pic) himself; Lily Cole, actor, social entrepreneur and founder of the social network, Impossible; Anne Jellema, chief executive officer of the World Wide Web Foundation; Bright Simons, technology innovator, development activist and president of the mPedigree Network; and Jimmy Wales, the founder of Wikipedia and an Internet entrepreneur.

The discussion will be moderated by Rebecca MacKinnon, former CNN correspondent, author of Consent of the Networked and cofounder of Global Voices Online, an international network of bloggers and citizen journalists.

“The Web’s transformative potential is beyond doubt, but we are still only scratching the surface of its true value,” said Alexander.

“Unlocking local innovation and maximising impact requires a clear understanding of how the Web delivers value and impacts upon the lives of the people of the Malaysia. The careful research and analysis in the Web Index will allow Malaysians to engage policy makers with concrete recommendations -- and then track progress,” she added. 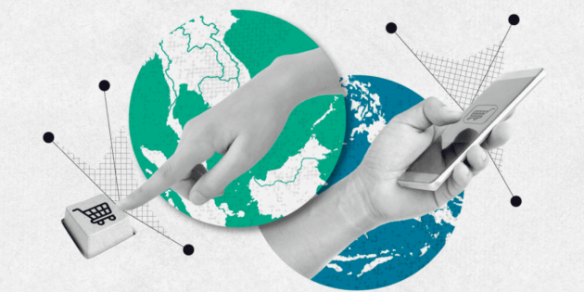