Uncertain what the future brings, Visa prepares to face all challenges "WE WILL always remain device and tech agnostic,” said Chris Clark (pic, above), Visa Inc’s executive VP and group executive of Asia Pacific, reaffirming the world’s leader in digital payments commitment to work with (almost) anybody.

Indeed, there is a large market to be won over in the coming years. Clark pointed out to attendees at this year’s Visa Security Summit in Singapore that more than half the world's population lives in a circle encompassing a segment of the Asia-Pacific, including countries like China, India and Indonesia.

Those living within that circle represent an estimated US$11 trillion market in terms of Personal Consumption Expenditure, of which currently US$6.1 trillion are transactions that use cash. This latter number is the value Visa hopes to capitalise on to expand their market.

More excitingly is that Southeast Asia looks to be the hub of new growth opportunities, with a predicted 345 million new Internet users coming on board within the next two years, representing half of all new users globally.

"We've got to get ready for a cardless and cashless future,” emphasised Clark, who then painted a vision of the future where as a consequence of the Internet of Things, cloud computing and Artificial Intelligence, there will be a transition from three billion cards to 30 billion ways to pay, with 400 million ways to be paid

It is no wonder that new fintech competition itching to take a bite of this pie. "What if the Big Techs decide they want to enter financial services and compete directly with banks?" he asked, with some of the audience already thinking not “what if”, but “when”.

Building standards to partner anybody

The strategy for Visa in this changing climate is to take opportunities when they present themselves. "Visa doesn't have to own every part of that network chain," said Clark.

In particular, Visa's strategy is to work with various regulators and standards bodies to make it easy to integrate with whomever presumably rises to the surface. "We want to promote standards to make it easier to adopt," stressed Clark. "Payments should be on an open standard available to all."

Comments like these, and efforts like the one to develop a common QR code standard, lend credence to the idea that Visa intends to be technology agnostic and open to all.

For example, while Visa is excited about the potential applications of blockchain in their products, they flat-out rejected the possibility that Visa will process cryptocurrencies, making it clear that they will only deal with fiat currencies.  (Visa CEO Alfred Kelly had stated earlier this year that this was due to cryptocurrencies' high risk for losses and its unpredictable nature)

Additionally, putting this vision into practice is a little bit more complicated. The reality is that Visa needs to roll out a separate security roadmap for each country they operate in, given the disparity between regulators of different countries, and financial institutions’ appetite for innovation (or risk). Some, like China, just flat out won't allow Visa within their borders. Security is a strange topic when Visa discusses it. On the one hand, they downplay it to the customer.

"I don't think people are fundamentally concerned about security," said Clark, while his colleague Ellen Richey (pic, above), Visa Inc’s vice chairman and chief risk officer, said later of customers, "If they're thinking about security, they're worried about security".

But it is clear that for Visa, security is most definitely a fundamental concern.

They've worked hard at it and the fraud rate has been continually dropping over the years to the point now that they are losing less than 10 cents for every US$100 transacted.

But Richey recognised that more work will have to be done given Visa's ambition to shift to "ambient payments". This is their attempt to simplify payment for the user by just "making it happen". Examples given were Amazon's Go store where you literally walk into a store, pick up what you want and walk out, with payment handled invisibly to the user.

Richey stressed further, that Visa wants to move authentication away from the traditional "what you have" and "what you know" to a more fuzzy combination of biometrics and behaviour analysis. This is the rationale behind programmes such as the Visa ID Intelligence (the website says it’s "the elegant authentication experiences customers want").

In principle, increased complexity would expand Visa's vulnerability to attacks, and even Richey herself admitted that they now face asymmetric threats, where the good guys need to watch more points of access, but the bad guys only need to succeed once.

In fact, the conventional assumption in security is that increased convenience means weaker security. But Visa is adamant this is not the case.

"We have reached a point where security is embedded in the process. It doesn't come at the cost of convenience but, rather, it enables innovation."

Hopefully enough innovation to cater for 30 billion ways to pay.

UnionPay kickstarts deployment of QR Code for payments in Malaysia 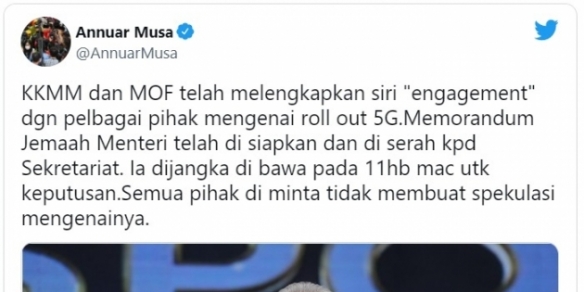