Touch ‘n Go (TNG) Group via Touch ‘n Go eWallet, together with Payment Network Malaysia Sdn Bhd (PayNet), on Saturday, launched the ‘Mai Kita Cashless’ (Bahasa Malaysia phrase meaning, Let’s Go Cashless) campaign at Pasar Tani Kekal in Changlun, Kedah which will enable merchants and consumers within the vicinity to enter the digital age with the use of cashless payment.

The launch follows on the heels of a days earlier 'Project Cashless Kampung’ at Sekinchan, Selangor by PayNet and Hong Leong Bank Bhd, which both parties claim to be the first non-urban area to be cashless enabled in Malaysia. The Mai Kita Cashless campaign makes no such claims.

Changlun is located approximately 42 kilometers from Alor Setar in the Kubang Pasu district of Kedah, Malaysia. The campaign focuses on the communities in three villages within the area of Changlun, namely Kampung Baru Changloon, Kampung Paya Nongmi, and Kampung Tradisi Lembah Keriang.

“The campaign is aimed at encouraging urban cashless practice with the advancement of technology to the rural areas. We started this initiative with PayNet as we want to provide the opportunity and platform to the rural communities in Malaysia, starting with Changlun in the Northern territory, to use and benefit from Touch ‘n Go eWallet and DuitNow QR,” said Alan Ni, Chief Executive Officer, TNG Digital Sdn Bhd.

The campaign is intended to encourage and support the government’s continuous efforts in promoting cashless payments, as well as to swiftly achieve the mission of converting rural communities into a cashless society. Mai Kita Cashless aims to educate and enhance the community’s understanding of cashless transactions as a mode of payment.

“This collaboration with PayNet allows us to extend a seamless, fast, convenient, and safe platform with DuitNow QR for merchants and consumers in Changlun, Kedah. We believe this partnership will help to fortify all merchants, as well as consumers in improving the economy in this area,” Alan added.

There are over 300 merchants at Pasar Tani Kekal and the surrounding areas.

“Businesses and consumers in urban areas have been enjoying the benefits of cashless payments for some time. We are now delighted to partner with TNG Digital to bring those same benefits of speed and convenience to Changlun as part of our Project Cashless Kampung, an initiative aimed at growing digital payments in non-urban communities,” said Farhan Ahmad, Group CEO, PayNet.

As the common QR code for the country, consumers can use DuitNow QR to make cashless payments across Changlun regardless of the bank or eWallet they want to use. Farhan expressed the hope that this initiative will spur economic growth in the area by making commerce more seamless and reducing the cost of managing cash. From now till 31 August 2022, consumers can use Touch ’n Go eWallet for purchases at Pasar Tani Kekal Changlun and the areas around Changlun by scanning the DuitNow QR code and they will enjoy a US$1.12 (RM5) cashback for every transaction, with a minimum transaction sum of RM10. Merchants who sign up within this period of time, will get a RM20 reward upon completion of 10 transactions.

The Mai Kita Cashless campaign will run till 31 December 2022 with upcoming activities and events. For more information about the campaign, visit www.touchngo.com.my 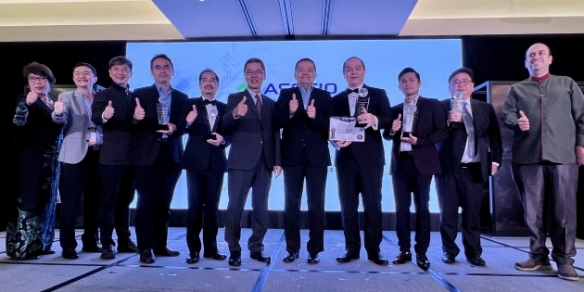