ALTHOUGH there is only less than a year before the Goods and Services Tax (GST) is implemented, many companies are still not seeing the urgency in getting their IT systems to be 'GST-ready.'

“People are aware of GST. However, a lot of them are still leaving the IT part behind, or they are waiting for the vendors to solve it. They should start the journey now,” BDO executive director Woon Tai Hai (pic) said on the sidelines of a GST seminar on April 1.

In some cases, IT is still in the dark. Woon said that he recently asked an IT professional if he had attended any training on GST and, "he didn’t even know that he needed to attend such training.”

“The focus is more on the finance, accounts and purchasing departments, not so much on IT," he added.

While it is a known fact that GST will be implemented on April 1, 2015, many people are however not aware that companies which are eligible for GST must register by Jan 1, 2015 to avoid a penalty.

Under the rule, companies earning more than RM500,000 (US$153,350) in revenue in the 11 months before the date of registration, or are expected to hit the amount in 11 months, are required to register with the Royal Malaysian Customs Department, to avoid paying a penalty.

“So, technically, companies don’t have one year to get ready,” David Lai, head of the tax advisory practice at BDO, said during the seminar.

While Woon stressed that companies should “start their journey” now, he also warned that it is already too late for companies to change IT vendors or systems.

“I am not even talking about changing the system or vendor, because that will take even more time and is also a risk. You must start talking to your current vendor to see how it can make the system ready with enough time for you to test it,” he argued.

Importance of IT in GST

In view of the stiff penalty imposed by the authorities, it is certainly not in the interest of companies to make mistakes or to be late on their tax submission.

“Companies simply can’t afford to go manual. They need to get it right,” said Lai.

Another reason why IT is important is that when GST is implemented in April 2015, there will be a transition phase when companies will have to go through the first three months of operations under the old tax regime (the sales and services tax) before switching to the GST regime for the remaining nine months.

“Therefore you need an IT system" that would allow companies to go through this transition with ease, said Woon.

Although it is hard to pinpoint how much time each company needs to run a User Acceptance Test (UAT) on its IT system, as different businesses have unique requirements, Woon said that in most cases, companies would need at least three months to run such tests.

For now, it appears that companies embarking on the GST journey are spoilt with choices. It was reported that 55 companies have been picked to be suppliers of GST-compliant accounting software for registered small and medium enterprises (SMEs).

The companies were picked from a list of 72 firms that had applied to the Royal Malaysian Customs Department to provide the service.

However that may not last long -- a few of these software suppliers are considering not accepting new orders soon. This is mainly because making an IT-system GST-ready will take time, sometimes as long as nine months (excluding the UAT).

“We are looking into the possibility of not accepting new orders (on GST) after July 1, 2014,” Charles Cheng, customer service director at Sage Software Asia, said during a panel discussion at the seminar.

Everyone needs to be involved

Lai stressed that all departments will play an important role in making GST a success, and not just finance, purchasing and IT.

“In fact, it also involves departments like Legal, Compliance and Governance, Sales and Marketing, Human Resources, Quality Assurance and Production, and Purchasing and Procurement,” he said.

He also said that the immediate issues that companies need to address include controls, policies and processes encompassing pricing, marketing, contracts, accounting, software and record-keeping.

“In fact, I was also surprised that many contracts out there still do not have a GST clause. This is a risk for the businesses, as they have got to bear with the GST and can’t claim GST refunds,” he added.

According to Woon, the National ICT Association of Malayisa (Pikom) conducted a survey recently and the results showed signs of both hope and worry.

The survey, conducted in March 2014, revealed that 50% of respondents were aware of the GST.

“This is surprisingly low. I was expecting 70%-80% of respondents to be aware of GST,” said Woon, who is also an advisor at Pikom and is its immediate past chairman.

The survey also showed that only 45.7% of respondents said that they are GST-ready. 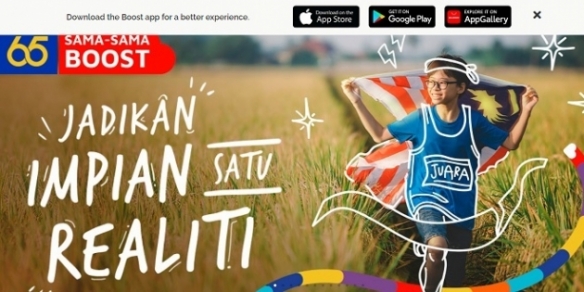